Property owners have the right to a fair hearing first

There’s a legitimate debate about how best to balance public coastal access with private property rights. But there should be no disputing that a property owner has the right to a fair hearing before a fair tribunal — especially before being clobbered with a multi-million-dollar penalty. 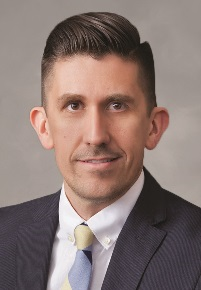 Should government agencies have the power to issue multi-million-dollar fines against homeowners without having to prove their guilt in court? That's the central issue in Warren and Henny Lent's ongoing battle against the abuses of the California Coastal Commission.

In 2016, the commission issued a $4.185 million fine against the Lents. What transgression would merit such a crippling fine? The Lents bought a home that included a gate, stairway and other harmless fixtures within part of an undeveloped public access easement. The commission said that these features blocked the public's access to the beach, but that's an absurd claim, based on the physical geography of the site. A closer look at the facts suggests that the Lents' case is less a dispute over beach access than it is a lesson in what happens when citizens try to challenge a heavy-handed and abusive bureaucracy.

First, the facts. When the Lents purchased their Malibu property in 2002, all the fixtures now in question had long been in place, having been installed by the original owners. The easement -- which the commission hoped to build out as a pedestrian walkway to the beach along the side of the property -- has never been developed and, from an engineering perspective, cannot be developed. Moreover, the Lents' research of the property title found evidence that all of the fixtures had been properly permitted when installed.

But the commission, unmoved by these facts, demanded that the Lents remove all of the fixtures. What's more, they ordered the Lents to fork over more than $4 million for their sins against public "access."

The penalty order was the commission's first under a recent amendment to the Coastal Act, which allows the agency to issue gargantuan fines without having to present their case in court before a neutral judge.

The Lents are challenging the commission's orders, as well as the penalty statute, in the California Court of Appeal. Their case raises critical legal questions about the power of an administrative agency to target property owners.

The enormity of the commission's abuse becomes clear when one considers just what the Lents have, and have not, done.

To begin with, the Lents never blocked public access to the beach. There is, to be sure, an undeveloped public easement along their side yard. But the easement, which was coerced from the original property owners as a permit condition (a practice later ruled unconstitutional by the U.S. Supreme Court), is nonexclusive. That means that the Lents retain full ownership of the underlying land and can use the area as they wish, consistent with the public's access rights.

Moreover, it is extremely unlikely that the easement will ever be developed into a usable public pathway to the beach. The easement area consists of a hazardous 6-foot drop from Pacific Coast Highway to a county-owned storm drain, followed by another precipitous 14-foot drop from the storm drain to the sandy beach below. In other words, pedestrians cannot enter the easement in its current state without endangering life or limb, and that is unlikely to change, given the site's challenging topography.

As the commissioners themselves admitted at the hearing, the $4 million penalty was about making an example of people who had the audacity to hold the agencies to account and fight for their rights. In fact, one commissioner, in cautioning his colleagues against a smaller penalty, stated that "we don't want to be in a position ... rewarding ... applicants that have been fighting us."

Such petty vindictiveness illustrates the importance of the Constitution's prohibition on excessive government fines. A recent U.S. Supreme Court ruling in Timbs v. Indiana explains how punitive fines can lead to abuse of citizens.

In that unanimous decision, Justice Ruth Bader Ginsburg wrote that excessive fines "undermine other constitutional liberties," "can be used ... to retaliate against or chill the speech of political enemies," and can be employed "in a measure out of accord with the penal goals of retribution and deterrence" because "fines are a source of revenue" for the government. The commission's treatment of the Lents illustrates clearly why citizens need protection from excessive fines levied by vengeful government officials.

There's a legitimate debate about how best to balance public coastal access with private property rights. But there should be no disputing that a property owner has the right to a fair hearing before a fair tribunal -- especially before being clobbered with a multi-million-dollar penalty.

The commission rejected the fundamental principles of fair play in violating the Lents' constitutional rights. The Lents now seek relief from the courts -- so that other property owners won't be subject to the same treatment.