Attacks on the freedom of the press

Julian Assange. Bryan Carmody. Each incident is a troubling incursion on First Amendment freedoms. One is a flat-out violation of California law. 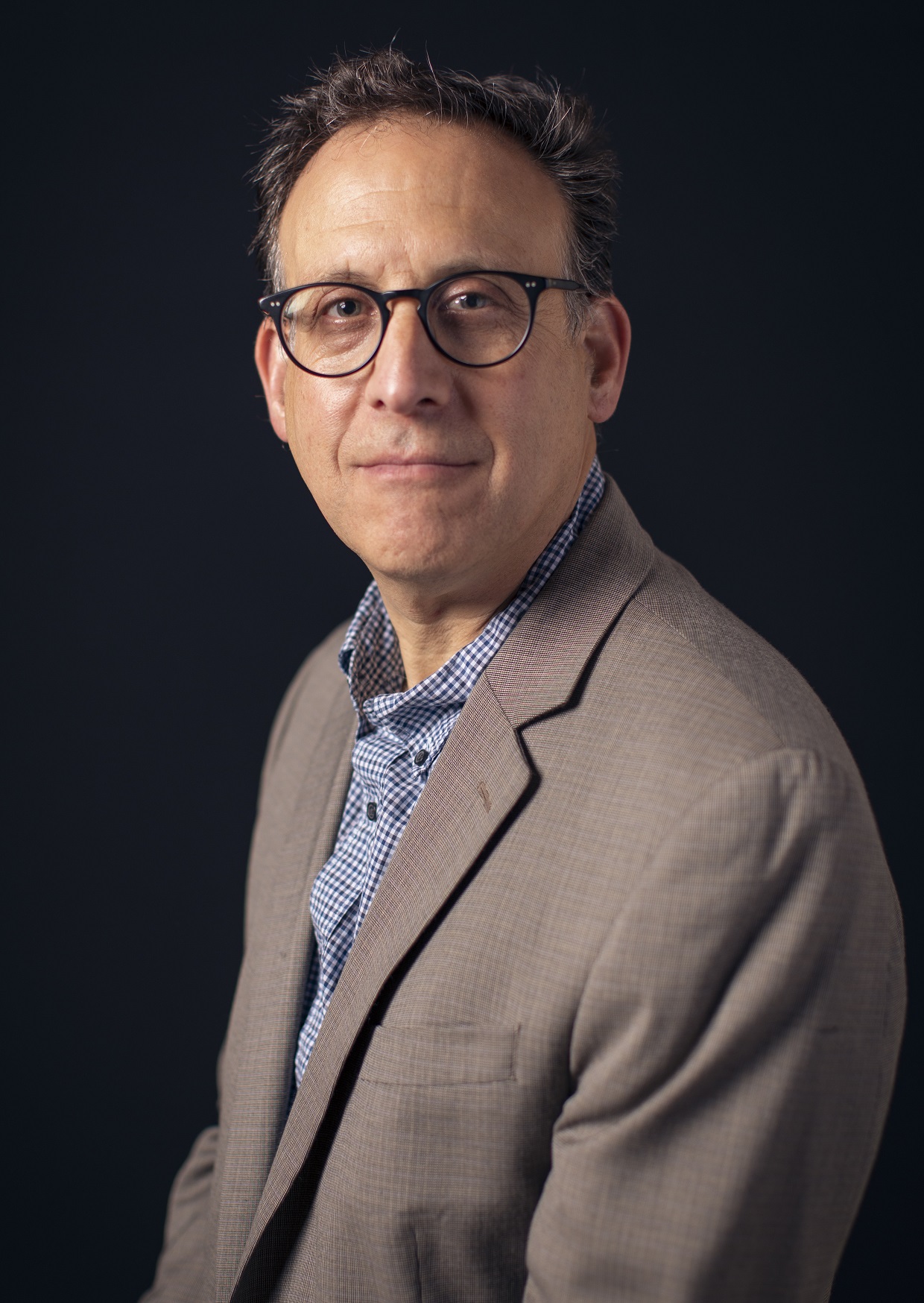 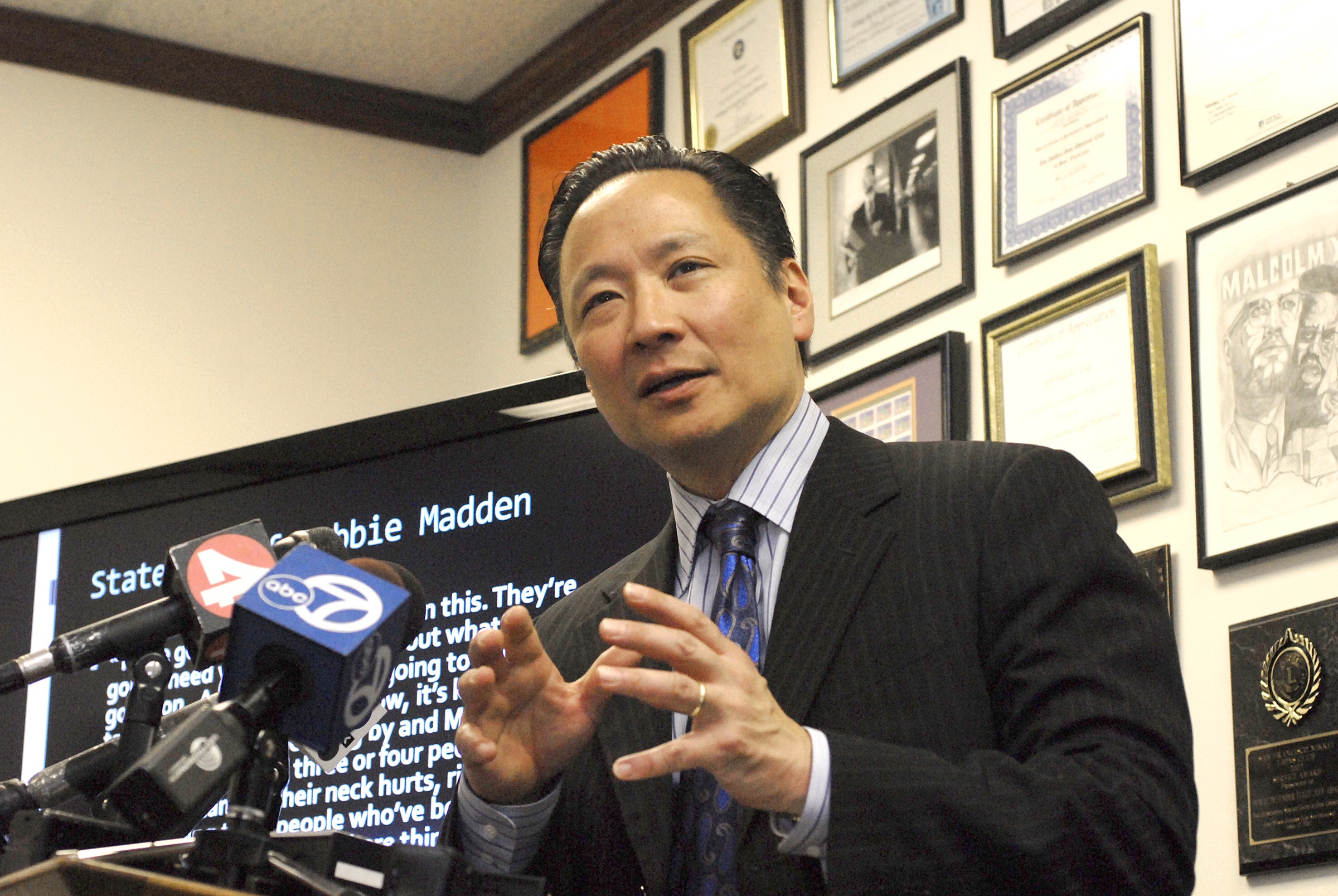 Daily Journal photo SF Public Defender Jeff Adachi, who died in Febraury, talks to the press in San Francisco. After an incident report related to Adachi's death was leaked to the press, the San Francisco Police Department raided the home of journalist Bryan Carmody.

We've recently seen two high-profile examples of criminal accusations being levied based on fundamental journalistic acts of encouraging governmental whistleblowers to leak documents. In one, the U.S. government filed a superseding indictment against Wikileaks founder Julian Assange adding Espionage Act counts based seemingly on Assange's acts of encouraging Chelsea Manning to provide leaked documents. In the other, the San Francisco Police Department, at least initially, justified the execution of seven search warrants against independent journalist Bryan Carmody, apparently believing that he illegally encouraged his source in the police department to leak the incident report relating to the death of San Francisco Public Defender Jeff Adachi.

But there is no law or journalistic custom that requires a journalist to be only a passive and unexpected recipient of leaked newsworthy information.

Each incident is thus a troubling incursion on First Amendment freedoms. One is a flat-out violation of California law.

In 2001, the U.S. Supreme Court extended the existing rule that "state action to punish the publication of truthful information seldom can satisfy constitutional standards" to include situations in which publishers' sources unlawfully obtained the information, as long as the publishers themselves did not break the law. Bartnicki v. Vopper, 532 U.S. 514 (2001) (quoting Smith v. Daily Mail Publishing Co., 443 U.S. 97, 102 (1979)). Bartnicki dealt with a civil Wiretap Act claim against radio journalists who continuously played a recording of an illegally wiretapped phone conversation on the air. The broadcasters had received the recording through an unknown intermediary. In a concurring opinion, Justice Stephen Breyer, who also joined the majority opinion, found that civil liability would "disproportionately interfere with media freedom." An important factor in this proportionality analysis was that no one had claimed that the broadcasters "ordered, counseled, encouraged, or otherwise aided or abetted the interception, the later delivery of the tape by the interceptor to an intermediary, or the tape's still later delivery by the intermediary to the media."

While Bartnicki stands as the Supreme Court's most important affirmation of the right to receive and disseminate truthful information pertaining to matters of public intertest -- even if obtained illegally by one's source -- free press advocates have been concerned that others would read Justice Breyer's concurrence as inserting ambiguity into the legality of established journalistic practices, such as "encouraging" a source. Journalists routinely make themselves available to sources to receive information, and actively cultivate relationships with them. If "encouragement" is really the line separating First Amendment protected activity from criminal activity, it is a troubling fuzzy line.

The Assange indictment now seems to place that issue front and center. The activity described in the superseding indictment seems like standard journalistic practice: publicly promoting his site as one that seeks leaks of secret governmental information, posting a list of most wanted leaks, telling Chelsea Manning that "curious eyes never run dry" and responding "ok. great" when she said she was going to look for more documents. The century-old shared understanding between the U.S. government and the news media that the Espionage Act would not be applied to standard journalistic practices seems to have been broken. Free press advocates are rightfully concerned.

The First Amendment issues need not even be broached in the case of San Francisco search warrants. California law has an absolute ban on the use of search warrants to obtain unpublished journalistic materials. The search warrants against Carmody never should have been issued.

There are situations in which the Shield Law may not ultimately shield disclosure of these unpublished materials. See, e.g., Delaney v. Superior Court, 50 Cal. 3d 785 (1990). But, Section 1524(g) does not require or permit the police to adjudge the law's ultimate applicability. Notably, Section 1524(g) protects any item or items "described" in Section 1070. It does not apply only to those items "protected by" the Shield Law.

Perhaps the Shield Law can be read to apply only to those materials obtained or prepared by the subcategory of journalists covered by the law -- "A publisher, editor, reporter, or other person connected with or employed upon a newspaper, magazine, or other periodical publication, or by a press association or wire service, or any person who has been so connected or employed." But the Shield Law has been applied to freelance journalists like Carmody who have established relationships with newspapers and other news media outlets. See People v. Von Villas, 10 Cal. App. 4th 213 (1992). So his status as a freelancer doesn't change the analysis in his case.

The SFPD initially stated that it did not believe Section 1524(g) applied to Carmody because he had apparently crossed some line in working with his source to obtain the incident report, and had himself broken some law. Like the U.S. Department of Justice in the Assange case, the SFPD apparently believed that communicating with a source an interest in receiving leaked information was a crime and that it nullified the ban on search warrants. And their cramped view of journalistic conduct apparently led them to not fully identify him as a journalist in the search warrant affidavits.

But the search warrants were improper even were Carmody himself being investigated, as long as that investigation pertained to his newsgathering. Section 1524(g) has no exception for when the journalist is being investigated for breaking the law in the course of obtaining or preparing information for communication to the public. In contrast to other search warrant limitations, Section 1524(g) is stated in the absolute. Section 1524(c), for example, bans the use of search warrants against "documentary evidence in the possession of or under the control of any person who is" a lawyer, doctor, psychotherapist, or member of the clergy. Not only is this exception limited to documentary evidence, as opposed to "any item or items," but it expressly does not apply if the person is "reasonably suspected of engaging or having engaged in criminal activity related to the documentary evidence for which a warrant is requested." When the person is themselves a suspect, Section 1524(c) sets out special master procedures for the execution of the search warrant. Section 1524(h) additionally describes the limitations on the assertion of attorney work product claims in response to a search warrant.

The California Legislature clearly knew how to write a "related criminal activity" exception and chose not to include one in Section 1524(g).

Section 1524(g)'s absolute ban on search warrants against newsgathered materials does not disable law enforcement from investigating journalists for possible criminal acts. But the law requires that they do so by way of subpoena rather than search warrant. Subpoena enforcement, whether through motions to quash or compel, have an open, adversarial process in which the police can make their arguments as to why the Shield Law does not apply. And the journalist will have the opportunity to respond to those arguments. If the police do not understand journalism, or have questions about where lines are drawn between acceptable and unacceptable practices, they have a forum to raise those questions.

Instead, in Carmody's case the police used a sledgehammer to destroy his security gate and searched his home and office and seized his cameras and computers. It now appears they may have searched his phone records as well. San Francisco Police Chief William Scott reversed his earlier defense of the searches and has since apologized and stated that at least one of the searches was likely illegal. Carmody has moved to quash the search warrants, and several press freedom groups have moved to unseal the search warrant affidavits, which would reveal whether the the officers properly identified Carmody as a journalist and the items to be searched as newsgathered material.

I have dealt with several 1524(g) cases over the past 15 years, as counsel either for the journalist or amicus curiae. Each time the issue comes up, law enforcement and legal commentators act as if they never knew it existed or assume it must have a related criminality exception. This time we have the added problem that they don't seem to understand journalism either.