The Probation Department has exhibited an incomprehensible and long-standing resistance to the adoption of practices that are working in other jurisdictions. While paying lip service to rehabilitative versus punitive models, it has nevertheless fought to preserve an opacity in its operations, thereby concealing the full extent of its resistance to incorporating better practices. 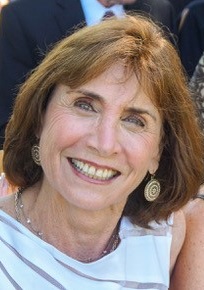 In May 2018, the Los Angeles County Board of Supervisors authorized its Probation Reform and Implementation Team, or PRIT, to create a blueprint for effective oversight of the Los Angeles County Probation Department. Oversight was to be the responsibility of a new Probation Oversight Commission, with its mission, duties and powers to be proposed by the PRIT for approval by the board. After many well-attended public hearings and countless hours of discussion with affected constituencies, the PRIT has outlined its proposals and presented them for consideration.

As a member of the current county Probation Commission for the last three-plus years, I have followed this reform process with keen interest, and participated in it, if in a minor way. There has been no greater need for effective oversight of the Department than there is now. The "danger and dysfunction" in the juvenile detention facilities ("L.A. County juvenile halls are so chaotic, officers are afraid to go to work," LA Times, May 22, 2019) multiply exponentially by the week -- youth on staff assaults, youth on youth assaults, staff shortages and call outs, vandalism -- the list goes on. And, yet, much of this chaos was avoidable.

The Probation Department has exhibited an incomprehensible and long-standing resistance to the adoption of practices that are working in other jurisdictions. While paying lip service to rehabilitative versus punitive models, it has nevertheless fought to preserve an opacity in its operations, thereby concealing the full extent of its resistance to incorporating better practices. The turmoil we see now is the inevitable consequence of this course of action.

The PRIT's proposed structure for meaningful oversight of the Probation Department has the potential to crack the intransigence and to pull the department out of its tailspin. However, unless the Board of Supervisors is willing to invest the Probation Oversight Commission with certain critical recommended powers and authorities that the current commission does not enjoy, nothing will change. The following measures are key to successful oversight:

The Probation Oversight Commission should have counsel that is independent of county counsel.

"Our" counsel repeatedly served only to second the opinion of the Probation Department's counsel. Practically speaking, we have had no legal counsel. It is noteworthy that the inspector general, charged with independent and comprehensive oversight and monitoring of the Los Angeles County Sheriff's Department, in partnership with the sheriff's Civilian Oversight Commission, has counsel that is independent of county counsel, answering to the inspector general, not to county counsel. (Inspector General Max Huntsman, Oct. 25, 2018, meeting of the PRIT.)

The Probation Oversight Commission must be able to partner with the OIG in matters that may not be suitable for a Brown Act body to consider.

The purpose of the Brown Act is transparency in government. Yet the Probation Department, with the support of county counsel ("ours" and theirs), routinely asserted that various requested information or documents were "confidential." Meetings and documents of "Brown Act bodies," such as the Probation Commission, must be available to the public, and thus, according to county counsel, requested "confidential" information could not be shared with our commission at all. Ironically, this use of the act resulted in preserving opacity, defeating the very transparency intended by the law.

In one instance, during an inspection, one of our commissioners was told by a pregnant youth that staff had physically abused her the night before. The commissioner filed a formal report and asked the Probation Department to report back on the incident. On the day appointed to receive the response, none was forthcoming, and upon direct questioning, a department official said we would never learn anything further about the alleged abuse because as a personnel matter, it was confidential. We were left completely in the dark as to the facts, and any subsequent measures taken regarding discipline or policy.

The Probation Department regularly failed to inform the commission of critical incidents. We were frequently the last to know about adverse events within facilities, hearing only via the "grapevine" or through public media. When asked why the commission had not been notified about a serious incident, the department cited the Brown Act. The breadth of information and documents withheld for this reason was routinely overbroad, and county counsel was not open to suggestions that would preserve confidentiality, such as redacting names.

The Probation Oversight Commission must have the power to subpoena documents and compel witnesses.

The Probation Department must know that if it resists, delays or fails to provide requested information to the Probation Oversight Commission, the commission has the power to compel such production. Otherwise, there will be repeated and interminable delay in providing requested information. Further, the commission needs to have broad access to a full scope of documents and outcome data to know whether the department is fulfilling its mission and operating to the benefit of employees and youth.

The PRIT's process has been thorough and has drawn on many constituencies interested in the operation of a well-run, humane Probation Department. Participants have come forward in good faith. Now it is up to the Board of Supervisors to make the efforts of all those involved worthwhile. In my years on the current commission, we identified time and again certain policies and operations as serious issues in need of attention, yet due largely to the Probation Department's lack of transparency and the cramped interpretation of our authority, we were not able to see the changes we repeatedly urged. Had we had the three critical elements discussed above, perhaps we would have a better-run department today. Unless the board is willing to ensure that the Probation Oversight Commission has these powers, it will fare little better than we have, and that would be a shame. 