On the morning of September 28 last year, Sen. Jeff Flake announced he would be voting to confirm Brett Kavanaugh. A few hours (and one eventful elevator ride) later, Flake changed his mind and declared his support for a one-week FBI investigation. Gundy was argued four days later — without Kavanaugh. 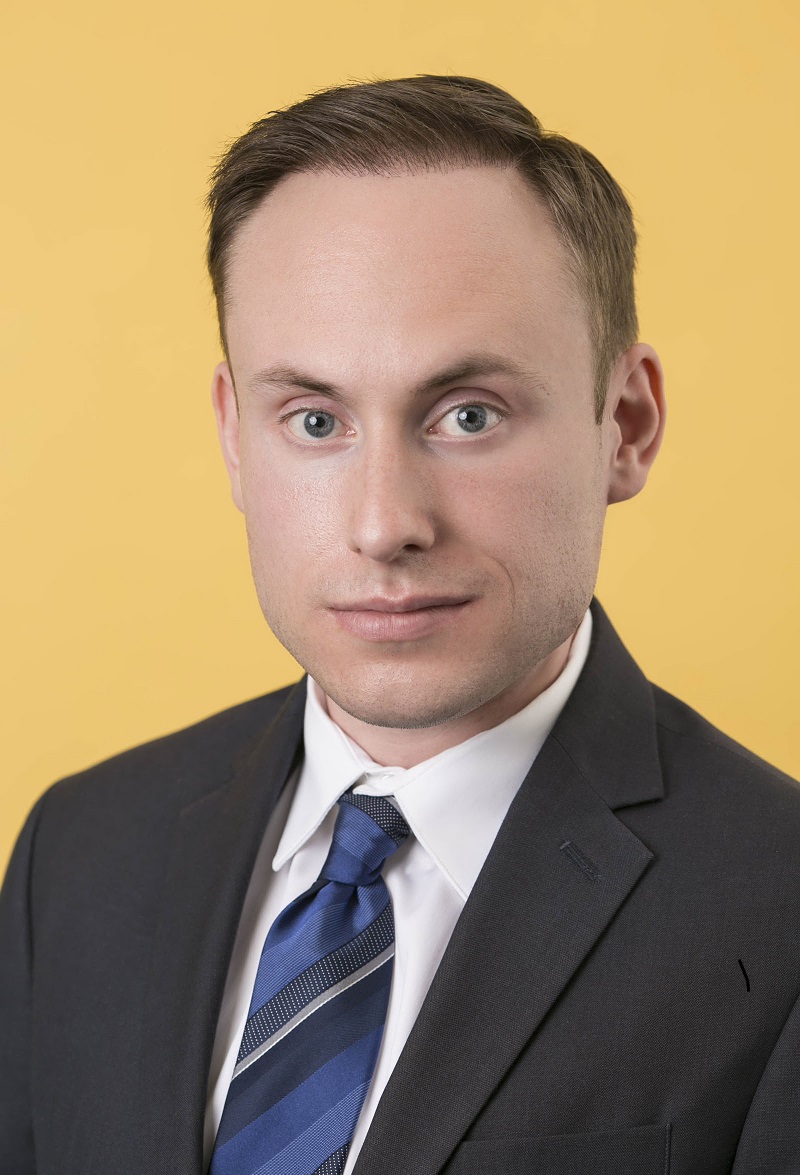 Thomas is an attorney with the Pacific Legal Foundation who coauthored an amicus brief in Gundy supporting reversal. The views expressed here are his own. 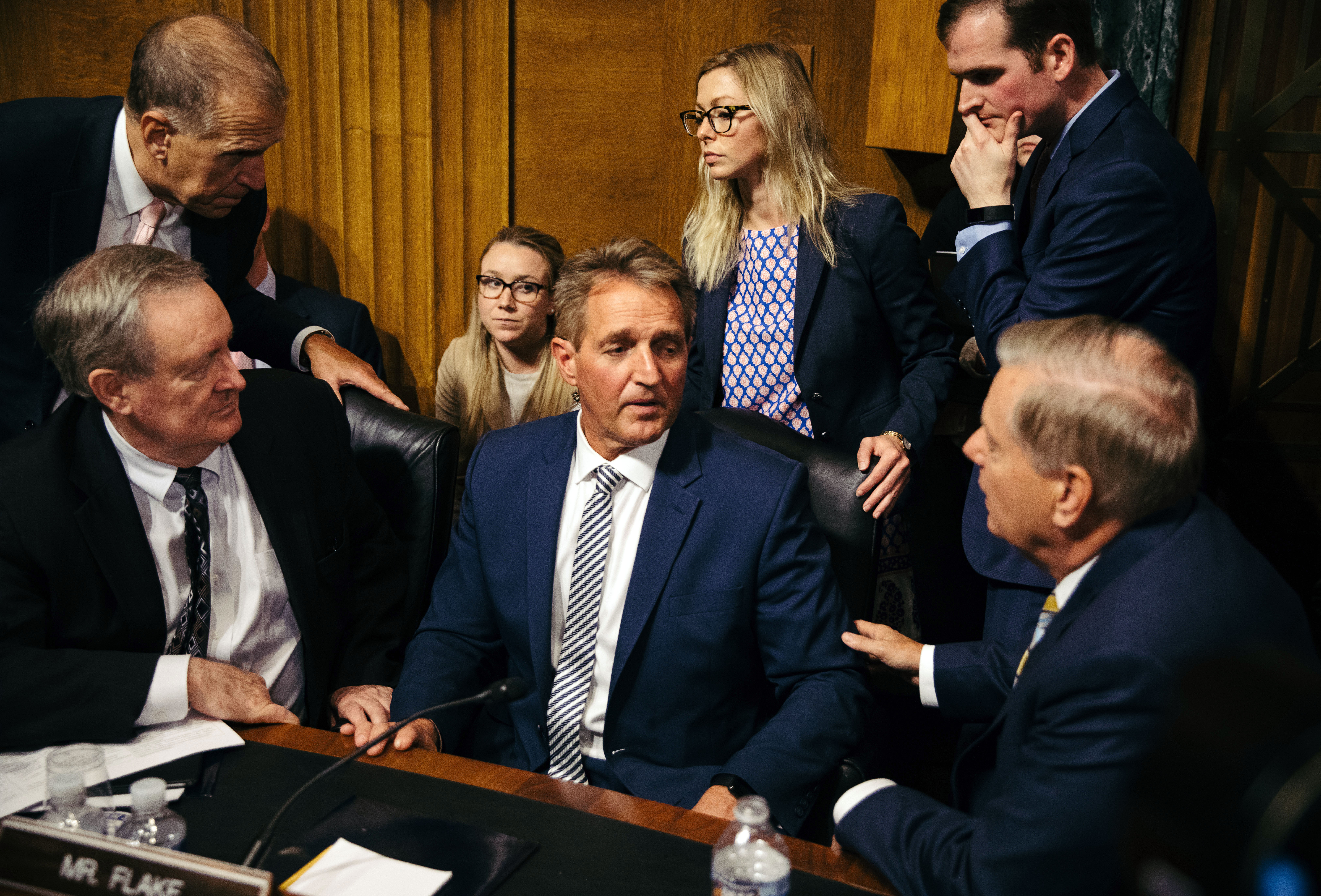 Gundy v. United States, 2019 DJDAR (U.S. June 20, 2019), had the potential to be a sea change in the U.S. Supreme Court's approach to policing the separation of powers between the legislative and executive branches. Instead, through a combination of fate and one surprising "defection," an eight-justice court produced only a plurality opinion and settled nothing. But the real battle might be right around the corner.

Gundy concerned the Sex Offender Registration and Notification Act (SORNA), enacted in 2006 to impose nationwide reporting and registration requirements on sex offenders. The act immediately imposed its requirements on everyone convicted of sex offenses after the act's enactment, but it took a much different approach to those convicted before the act's enactment. SORNA states that "The Attorney General shall have the authority to specify the applicability of the requirements of this subchapter to sex offenders convicted before the enactment of this chapter."

That interpretation set up the dispute in Gundy. If it is entirely up to the attorney general to decide whether a criminal statute applies to some, all, or none of a class of about a half-million people, does that mean that the attorney general effectively has the power to write his own law? (Various AGs had eventually applied SORNA's requirements in full to pre-act offenders). And if he does have that power, does this violate the Constitution's requirement that "all legislative Powers herein granted shall be vested in a Congress of the United States"?

The principle that Congress can't delegate the legislative power to the executive branch has come to be called the "nondelegation doctrine." While two extremely broad New Deal-era statutes were struck down by the Supreme Court under this doctrine in 1935, none had been struck down since. And that is why it came down like a thunderclap in March of last year when the Supreme Court granted cert on the question of whether SORNA violates the nondelegation doctrine, despite the lack of a circuit split or any lower-court decision invalidating the provision.

But here is where fate may have thrown a wrench into the course of constitutional history (at least temporarily). Oral arguments in Gundy happened to be scheduled for the very first week of this term. On the morning of September 28 last year, Sen. Jeff Flake announced he would be voting to confirm Brett Kavanaugh. A few hours (and one eventful elevator ride) later, Flake changed his mind and declared his support for a one-week FBI investigation. Gundy was argued four days later -- without Kavanaugh. As a result, Kavanaugh could not vote on the case, despite joining the court just four days after the argument.

The outcome? Gundy produced no majority opinion. Instead, the court's four "liberal" justices joined in a plurality opinion by Justice Elena Kagan that interpreted SORNA to significantly limit the attorney general's discretion in choosing how to handle pre-act offenders. In the plurality's interpretation, various principles found scattered throughout the act, including in the declaration of purpose, combine to tell the attorney general to cover pre-act offenders as quickly and as thoroughly as is "feasible." And this standard, per the plurality, "easily passes constitutional muster."

In a dissenting opinion, Justice Neil Gorsuch (joined by Chief Justice John Roberts and Justice Clarence Thomas) found this statutory interpretation exceedingly unpersuasive. Gorsuch noted that "the only provision addressing pre-Act offenders ... says nothing about feasibility" and that SORNA's declaration of purpose "doesn't purport to guide the Attorney General's discretion at all."

But the most surprising (and puzzling) opinion is the one by Justice Samuel Alito alone, concurring with the plurality only in the judgment. In a single page, Alito declared that "If a majority of this Court were willing to reconsider the approach [to nondelegation] we have taken for the past 84 years, I would support that effort." But immediately raining on this parade, Alito continued, "because a majority is not willing to do that, it would be freakish to single out the provision at issue here for special treatment." Alito thus gave his fifth vote on the judgment to the plurality, finding that he "cannot say that the statute lacks a discernable standard that is adequate under the approach this Court has taken for many years."

In the near-term, the final result of Gundy is a disappointment for those of us who believe that the nondelegation doctrine should be revived. In an amicus brief that I coauthored for the Pacific Legal Foundation, we urged the court to abandon its lenient approach and instead ask whether a statute effectively gives the power to make policy decisions to the executive branch. We pointed out that in the criminal law context, the court has successfully enforced this line by invalidating statutes that are so vague that they effectively give lawmaking power to individual police officers and prosecutors. It is heartening that Justice Gorsuch's dissent echoes many of these points, including the trenchant observation that "void-for-vagueness cases became much more common soon after the Court began relaxing its approach to legislative delegations."

And on a superficial level, the plurality's disagreement is only one of statutory interpretation, not constitutional law. If SORNA is actually as Gorsuch interprets it, then even Kagan begrudgingly admitted that "we would face a nondelegation question." But suppose a counterfactual history where an attorney general had never promulgated a rule applying SORNA to pre-act offenders. Would any court dare to hold that the lack of such a rule violates SORNA's principles and on that basis mandate the attorney general to issue a rule applying SORNA to pre-act offenders? To ask the question is to answer it. The problem with the plurality's approach is that it shows how courts can always find a plausible-enough interpretation of statutes that conveniently aligns with what the executive has already chosen to do, and thus avoid ever enforcing the nondelegation doctrine.

The plainer reading that the dissent gives to SORNA is thus not context-blind strict construction. It is instead the only way to construe a statute that does not result in the executive inevitably winning at both ends, both when defending the constitutionality of a delegation and the legality of a choice made under that delegation. If a delegation is truly narrow enough to give the executive a "right" or "wrong" choice, courts must be able to actually say with confidence when a "wrong" choice has been made.

The most heartening aspect of Gundy is not the outcome itself, but instead the invitation for the future. Justice Gorsuch ends his dissent with the hope that the Supreme Court will revisit the nondelegation doctrine "in a future case with a full panel." Justice Alito seems similarly disposed. The future of the nondelegation doctrine, as with so much else, may thus ultimately rest with the court's newest justice. 

34 U.S.C. Section 20913(d), requiring the Attorney General apply the Sex Offender Registration and Notification Act's requirements to pre-Act offenders as soon as possible, was not an unc...

Sex Offender Registration and Notification Act does not require pre-Act offenders to comply with registration requirements unless Attorney General specifies they do.