How LA can make an immediate impact on homelessness 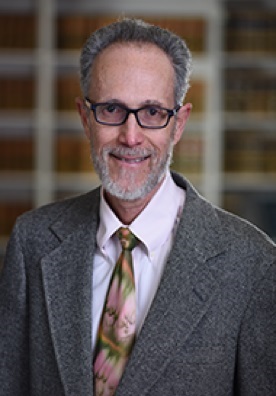 Western Center fights to end poverty in California through litigation and policy advocacy.

According to the latest homelessness statistics, Los Angeles County experienced a 14 percent increase in homelessness from last year. There are now 58,936 people who are homeless in Los Angeles and only enough shelter beds for 25 percent of them. Most have never been homeless before, and 85 percent are single individuals. People are living in tents and makeshift shelters in every corner of the county.

There's a lot of noise, finger pointing, and confusing rhetoric about homelessness. However, at its core, the reason for widespread homelessness boils down to one simple factor -- people experiencing poverty, especially those who are homeless, can't afford housing. Wages and public benefits have not kept pace with dramatically increasing rents. The solution to homelessness is housing, so to end homelessness, either rents have to fall, or people need more money.

Until the early 1980s, homelessness was not a significant issue. There were many people living in poverty, but they pretty much all had a place to live. Skid Row and other poor communities provided single room occupancy (SRO) housing for thousands of very poor, mostly single men, some with substance abuse problems and some suffering from mental illness.

This was barebones, slum housing, but it was permanent housing, and it was affordable to people receiving General Relief, the welfare program for single indigent individuals. Back then, General Relief grants covered a month's rent with a little bit left. In 1980, General Relief paid a maximum of $226/month, which is $5 more than today's maximum payment of $221/month.

The General Relief program is mandated by a California law which states "Every county and every city and county shall relieve and support all incompetent, poor, indigent persons, and those incapacitated by age, disease, or accident, lawfully resident therein, when such persons are not supported and relieved by their relatives or friends, by their own means, or by state hospitals or other state or private institutions."

That's pretty clear. Local government is legally obligated to help and support its poorest residents, especially those who are homeless. But that clear language has been made nearly meaningless through decades of county-led legislation, litigation and local political decisions aimed at watering down the law. It now means that L.A. County only has to provide a poor person with a maximum of $221 per month.

In Los Angeles, more than 80,000 people receive General Relief, and many of them are among the nearly 60,000 who are homeless in the county. Unfortunately, neither Los Angeles County nor the Los Angeles Homeless Services Authority, which conducts the annual count, is willing to publicly report on this.

Over the last four decades, the ability to survive on General Relief has disappeared -- it now amounts to just under 22 percent of the poverty line. Meanwhile, downtown and other poor neighborhoods have gentrified, and there are far fewer SRO rooms; those that remain are no longer affordable to people receiving General Relief. Even a shared room is unaffordable with the current General Relief payment.

The county has to stop pretending that it is supporting "all incompetent, poor, indigent persons" by giving them $221 a month. While building more housing, especially affordable housing, is part of the long term solution, federal housing policy, local opposition to development, modest development goals using local funding, and the historic inability to create substantial amounts of affordable housing, means sufficient housing renting for $221 a month or less will not be available anytime soon.

County supervisor salaries have increased over two and a half times since 1980; the poorest residents of Los Angeles need an increase too. To make an immediate impact on homelessness, Los Angeles County must help its poorest residents afford basic housing -- increasing General Relief is the most straight-forward way to do it. 