With climate change at our doorstep, our state leaders know we don’t have time to wait until the next drought to create a more resilient water system for California. 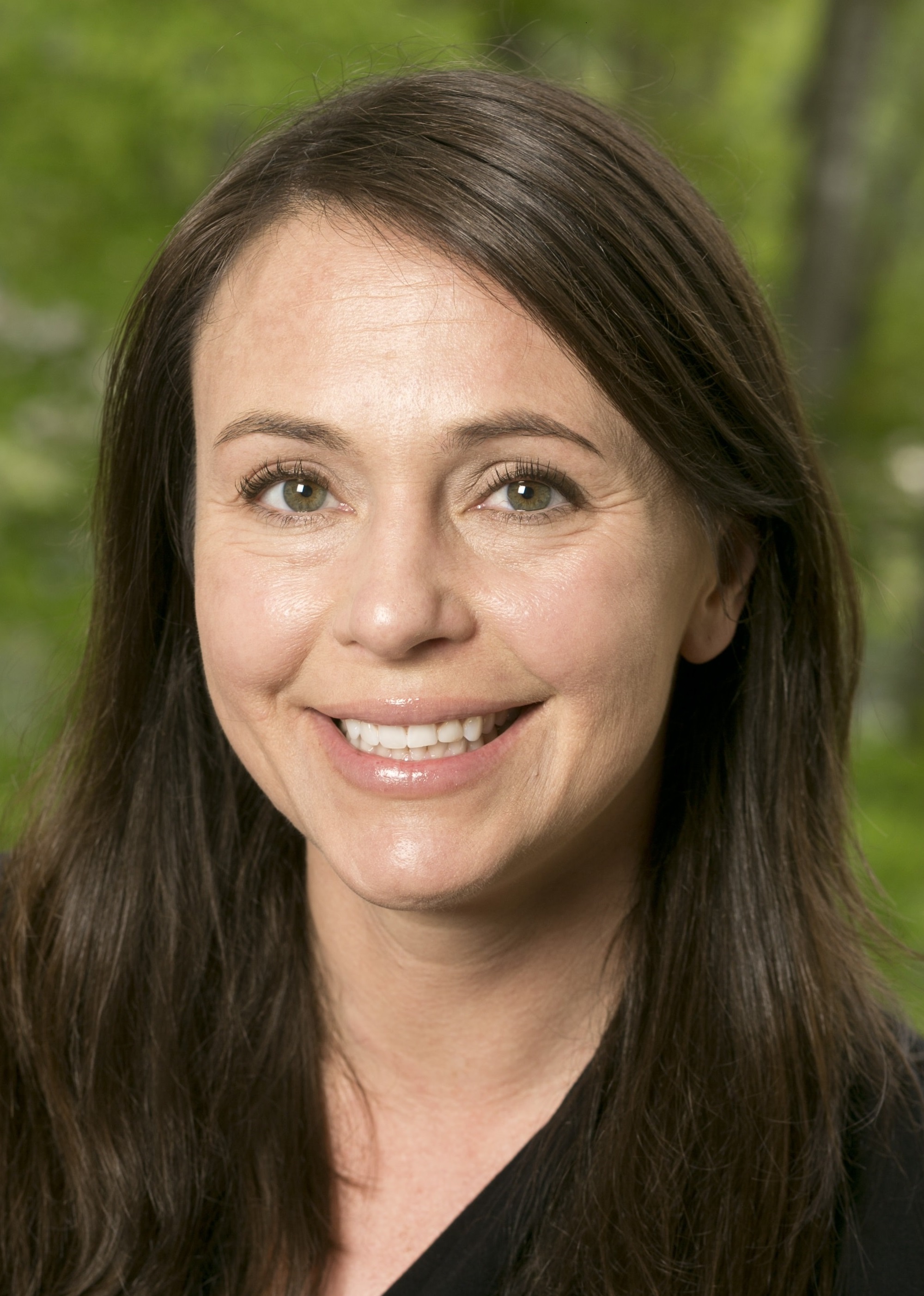 Christina Babbitt manages the California Groundwater Program at Environmental Defense Fund where she works to advance and scale replicable groundwater sustainability pilot projects across California's Central Valley. Christina holds a Ph.D in natural resources from the University of Nebraska, Lincoln.

Five years ago, on Sept. 16, 2014, in the midst of a severe drought, Gov. Jerry Brown signed a bill that will bring the most sweeping changes to water law and management in California since the surface water rights system was established in 1914.

For the first time in the state's history, the Sustainable Groundwater Management Act (SGMA) will regulate groundwater pumping. Before passing the law, California lagged behind many other states in groundwater management. Now, with careful implementation of the law, management of groundwater has the opportunity to make California a model for the West and other water-challenged parts of the world.

SGMA requires over-tapped basins to balance their groundwater budgets within 20 years. In some areas such as the San Joaquin Valley, SGMA compliance will inevitably mean some farmland will have to be taken out of production or converted to other uses. Successful implementation will involve developing and testing several new tools, including groundwater trading, an approach Environmental Defense Fund is piloting with partners in Kern County.

Groundwater: the invisible foundation of our water system

Groundwater accounts for nearly 40% of water used in California on average and nearly half of our water during droughts, which climate change will only intensify. Groundwater basins collect water from rainfall, irrigation and other sources; store it underground while supporting groundwater-dependent ecosystems above ground; and deliver it to thousands of wells for drinking water, irrigation and industrial uses.

With unregulated groundwater pumping, the deepest well (and often the users with the deepest pockets) win, while smaller farmers, disadvantaged communities and natural systems lose. During the last drought, over-pumping groundwater caused ground to sink, canals and bridges to move, wells to go dry, and communities to lose their only source of drinking water.

SGMA prevents these conditions from worsening and aims to build a more stable water system by requiring more than 250 newly formed local groundwater sustainability agencies to develop plans to balance their groundwater supply and demand. For the most 21 critically over-drafted basins, those plans are due on Jan. 30 -- less than five months from now.

Water trading has been an important water management tool in California for decades, particularly for moving surface water throughout the state and in adjudicated basins. However, SGMA is driving a new opportunity to develop local groundwater trading programs because well-designed, equitable trading programs can add flexibility, improve water use efficiency and encourage groundwater conservation.

The Public Policy Institute of California estimates that using a variety of strategies, including water trading, would substantially reduce the impacts of SGMA compliance in the San Joaquin Valley. The institute estimated employing a portfolio of strategies could decrease the need for land fallowing by more than a quarter (from 750,000 acres to 535,000 acres); reduce annual revenue crop losses by more than a third (from $2.1 billion to $1.3 billion); and reduce job losses from 21,000 to 13,000.

How a water trade works

Here is one scenario that illustrates how water trading works: During a dry water year with little rain, an almond farmer with a fixed water demand could trade water with an alfalfa farmer, who has the ability to forgo planting that year. Instead of receiving payments for his alfalfa, the farmer would receive compensation for water from the almond farmer.

To foster such transactions, EDF is co-developing an online, open-source groundwater trading platform with landowners and the Rosedale-Rio Bravo Water Storage District (Rosedale) in Kern County. It is the first trading platform to be developed in the Central Valley in response to SGMA. Further south, the Nature Conservancy has piloted a trading platform with the Fox Canyon Groundwater Management Agency in western Ventura County, where groundwater use may need to be cut as much as 35 percent to comply with SGMA.

Rosedale serves landowners on nearly 44,000 acres west of Bakersfield in Kern County, one of the state's most overdrawn groundwater basins. Rosedale's water supply has historically been in balance, but the district projects an annual water shortage of approximately 5,000 acre-feet going forward. The region's primary crops include almonds, pistachios and grapes.

The Rosedale platform is being designed using open-source software so that it can be easily replicated and expanded upon in other areas of the Central Valley and beyond. The platform will serve as a tool to connect potential buyers and sellers through a webpage, similar in concept to Craigslist or eBay. Landowners will be able to access an online account that shows their annual groundwater allocation, similar to an online dashboard for a checking account.

Rosedale will not collect nor exchange money among buyers and sellers; all transactions will happen outside of the platform. A beta version of the platform is slated to go live in early 2020, and the final version is expected to launch in 2021.

For groundwater trading programs to succeed, they need to be built on a solid foundation. This includes developing well-informed water budgets and establishing clearly defined pumping rights and a cap on how much water can be used. Building this foundation raises another issue that EDF has been working on: groundwater allocations.

One major challenge of SGMA is how to balance groundwater supply and demand without changing water rights. In balancing the groundwater budget to avoid overuse, newly formed groundwater sustainability agencies can't change byzantine groundwater rights that in some cases date back to Theodore Roosevelt's time as president.

Deciding how to split the pie -- who gets how much water -- is no easy task and there is no one-size-fits-all approach. Groundwater agencies looking to implement groundwater allocations are considering several different approaches, including frameworks that divide water proportionately across existing overlying groundwater use (e.g. irrigated acres) or on the basis of historic water use. However, these strategies can raise some thorny questions, including what happens to a landowner's ability to pump groundwater into the future if he/she has not yet opted to exercise that right?

EDF is working with Stanford's Water in the West program and legal experts to explore outstanding questions, like this one, on how groundwater allocations will work under SGMA. If there is opposition to a proposed allocation approach, it would not be a surprise to see the plan end up in court.

Based on a review of four allocation options, EDF and our partner, New Current Water and Land, concluded in a working paper that the safest way to ensure a groundwater sustainability plan holds up to judicial review is to allocate groundwater in a way that aligns with common groundwater rights law.

If an agency's groundwater sustainability plan gets challenged in court, the judge may be more likely to issue a preliminary injunction that allows the agency to continue implementing the plan if it uses an allocation method that aligns with groundwater rights law. The final court judgement also may be more likely to be similar to the plan adopted by the agency if that plan closely follows groundwater law. This could save valuable time and resources in a process that requires plans to be complete by as early as next year.

It's no secret that lengthy and costly court challenges have riddled the California water landscape for decades. Hoping to prevent such legal challenges from delaying SGMA implementation, state lawmakers passed legislation to shorten adjudication timelines for SGMA cases and enable basins to continue implementing their sustainability plans during litigation.

With climate change at our doorstep, our state leaders know we don't have time to wait until the next drought to create a more resilient water system for California. Time will tell whether water users share this view. 