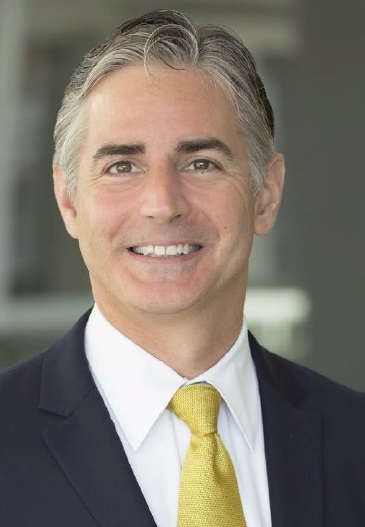 Harry is a management-side labor lawyer practicing in Los Angeles at the Century City office of Morgan Lewis. He served as a board member from 2013 to 2015, and drafted dissenting opinions in the Purple Communications and the original Caesars cases discussed above.

Every year, the end comes for the term of one National Labor Relations Board member. As that term winds down, all the currently-sitting members make a serious, combined effort to finalize as many cases involving the departing board member as possible, so that the cases can issue without the delay of being "re-decided" by a new board panel. Last year, this end of term process happened in late 2019, with the end of Member Lauren McFerran's tenure on Dec. 16. The board issued a number of notable National Labor Relations Act decisions that day, including three cases significant for a California general employment practitioner.

As we all know, employers have to undertake many workplace conduct investigations each year in California. Less well known, the NLRA regulates workplace investigations to strike a balance between employees' statutory right to discuss workplace matters of interest and employers' need for investigative confidentiality. In Apogee Retail d/b/a Unique Thrift Store, 368 NLRB No. 144 (Dec. 16, 2019), the board modified its regulation of this area concerning employer rules or requests for keeping an investigation confidential. In Apogee Retail, the employer maintained two such rules: a policy that "[r]eporting persons and those who are interviewed are expected to maintain confidentiality regarding these investigations," and a policy preventing "unauthorized discussion of [the] investigation or interview with other [employees]." Previously, the board had created a fairly stringent case-by-case determination test for whether an employer could require confidentiality in a specific investigation, in Banner Estrella Medical Center, 362 NLRB 1108 (2015), enf. denied on other grounds, 851 F.3d 35 (D.C. Cir. 2017). The employer essentially had a particularized burden of proof under this test to show a need for confidentiality.

In Caesars Entertainment d/b/a Rio All-Suites Hotel and Casino, 368 NLRB No. 139 (Dec. 16, 2019) the board revisited the question of access to employer email for purposes of union organizing or other concerted work communications, following a remand of the original 2015 Caesars board decision from the 9th U.S. Circuit Court of Appeals. As a matter of background here, in Purple Communications, 361 NLRB 1050 (2014), the board had reversed earlier precedent to give employees a broad right of email use. Specifically, Purple Communications established the principle that, if an employer provides employees with access to its email network, those employees cannot be barred from using the network to create and send union-organizing or workplace-protest communications on their non-working time, absent a showing by the employer of "special circumstances." Since Purple Communications was decided, no employer apparently has ever shown such special circumstances, making this right effectively absolute.

The employer in Caesars had a rule that prohibited sending "non-business information" or soliciting for "advancement of personal views" using its "computer resources," so the board took up this question again. The board overruled Purple Communications, finding it "fundamentally flawed." The board held that "[a]n employer does not violate the Act by restricting the nonbusiness use of its IT resources absent proof that employees would otherwise be deprived of any reasonable means of communicating with each other, or proof of discrimination." Thus, employers may now lawfully restrict employees' use of the employer's information technology resources, with two caveats. First, the restriction cannot discriminate, either expressly in writing or in application, against employees exercising rights under the NLRA, such as the right to unionize or to engage in group communication related to improving shared working conditions. Second, in bandwidth-starved areas where employees have no reasonable alternative other than to use the employer's email network for these purposes, employees have the right to do so. For the most part, the rule in Caesars returns to earlier precedent (an earlier board case from 2007 named Register Guard), except the rule covers all employer IT resources, not just email, and the "no reasonable alternative" exception is a new one. Finally, the case generally reaffirms employers' rights to control the use of their own tangible business property -- like television displays, bulletin boards, copiers, and public address systems, while still allowing employees to solicit during non-working time in non-work areas.

The board re-evaluated its general standard for "union insignia," i.e., union or union-aligned buttons or clothing logos worn by employees, in Wal-Mart Stores, 368 NLRB No. 146 (December 16, 2019). The board thus created a legal standard for employer dress code policies that would limit -- but not totally prohibit -- the wearing of union insignia. In other words, the board created a new specific standard to evaluate employer "size and manner restrictions" in dress codes that apply to all buttons or logos.

Walmart maintained a dress code policy that permitted employees to wear "small, non-distracting logos or graphics" no larger than the size of their name badges (2.25 inches by 3.5 inches, about the size of a credit card). Walmart otherwise had no restrictions and allowed employees to wear pro-union buttons. Walmart argued that the policy was justified under the NLRA by its interests in providing its customers with a satisfactory shopping experience and protecting its merchandise from theft and vandalism.

Applying Boeing, which balances NLRA rights with legitimate employer interests, the board held this kind of employer restriction was neither categorically lawful or unlawful, but required individualized scrutiny. The board held that Walmart did not violate the NLRA by applying its particular dress code policy on the selling floors of its stores. In those areas, the policy's restriction on employees' right to wear some union insignia (i.e. large-format insignia) was outweighed by Walmart's specifically-articulated and legitimate business justifications for the policy.

However, the board held Walmart violated the NLRA by maintaining the policy in areas other than the selling floor, where employees did not encounter customers. In those areas, the board considered Walmart's business justifications weaker, in light of the evidence presented in the trial below, failing to outweigh the infringement on NLRA rights.

There are two primary takeaways for dress codes from Walmart. First, facially neutral dress code rules that limit the size and/or appearance of insignia that employees can wear, but do not prohibit them entirely, require an individualized showing to survive an NLRA challenge. Thus, the employer will have to make a detailed evidentiary record to present and defend its justifications. Second, such rules are likely lawful under the NLRA in customer-facing areas of the employer's operation.

Each of these three end-of-year decisions by the board featured detailed and well-articulated opinions, both by the board majority and by Member McFerran in dissent. The board members, collectively and individually, should be commended as public servants for issuing a large number of opinions in December 2019, including these, in following the board's end-of-term tradition. This most recent end-of-term comprised a lot of hard work by the board members and their staffs. 