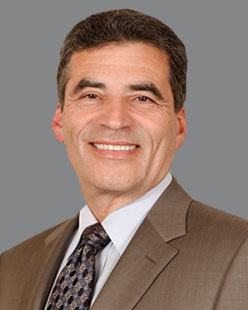 Mr. Rosenberg began his mediation practice in 2003 after attending the Straus Institute for Dispute Resolution at Pepperdine. He previously served as a court mediator and arbitrator for over ten years before the program was dismantled. Having litigated cases for over 40 years, Mr. Rosenberg fully understands the emotional and financial toll litigation has on the parties and is able to convey from first-hand knowledge the risks and benefits they may face in trial.

Early in his career, Mr. Rosenberg was a partner with the prominent plaintiffs' trial firm of Greene O'Reilly Broillet Paul Simon McMillan Wheeler & Rosenberg (now Greene Broillet & Wheeler). He later served as a consultant to then California State Controller, Gray Davis, before partnering with Stanley Jacobs to form the plaintiffs' personal injury firm of Jacobs Jacobs & Rosenberg. In 1996, Mr. Rosenberg formed his own firm, where he tried and litigated numerous civil cases and later became Of Counsel to the highly respected defense firm, Bremer Whyte Brown & O'Meara. In 2003, Mr. Rosenberg formed Rosenberg Mediations, where he continued to resolve civil disputes before joining ADR Services, Inc. in 2019.