What do the American Bible Society, Consumer Reports, Girl Scouts of the USA, and Sierra Club have in common? All of them use .ORG domain names, and all oppose the sale of the .ORG domain registry to private equity firm Ethos Capital. 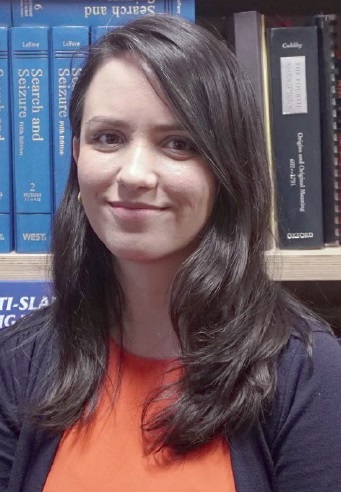 What do the American Bible Society, Consumer Reports, Girl Scouts of the USA, and Sierra Club have in common? All of them use .ORG domain names, and all oppose the sale of the .ORG domain registry to private equity firm Ethos Capital. Joining them are over 770 other organizations and 23,000 individuals who have signed a petition spearheaded by the Electronic Frontier Foundation (where I work) and NTEN. Others who have voiced concerns about the sale include six members of Congress and two United Nations Human Rights Council Special Rapporteurs.

When you realize what's at stake, the outcry is unsurprising. Public interest organizations around the world rely on the .ORG domain to establish an online presence and provide vital services, from online suicide prevention helplines to free legal assistance to mobile apps geared toward marginalized communities. These organizations serve people in need and often take on powerful business and governmental interests. .ORG is a lifeline to their clients and the public; if a domain name is suspended or service is disrupted, that impairs the important work they do. And if .ORG is handed over to a profit-driven enterprise like Ethos Capital, its users have reason to fear just those outcomes.

Top-level domains such as .ORG and .COM are managed by registry operators under contracts with the Internet Corporation for Assigned Names and Numbers (ICANN), a California-based nonprofit that oversees the entire domain name system. In 2002, ICANN awarded the contract to operate .ORG to Public Interest Registry (PIR), a subsidiary organization of the nonprofit Internet Society. In its bid for the .ORG contract, the Internet Society touted its "long tradition of working in the public interest" and its "extensive network of contacts with noncommercial Internet users." That pitch won PIR the contract, plus a $5 million endowment meant to facilitate the .ORG registry's return "to its originally intended function as a registry operated by and for non-profit organizations."

The .ORG registry has served that function ever since. But last November, the Internet Society unexpectedly announced that it would be converting PIR to an LLC and selling it to the newly founded Ethos Capital for $1.135 billion. The announcement came on the heels of controversial changes to the .ORG Registry Agreement, the contract with ICANN that specifies how the registry will be managed. The revised agreement gave PIR express permission to unilaterally regulate the use of .ORG domains -- including website content -- in the name of protecting "legal rights of third parties." It also removed caps on the annual fees the registry can charge for .ORG domain names. Those changes met widespread opposition during the public comment period, and EFF challenged ICANN's decision to nonetheless go forward with them. Our challenge focused on the dangers of making it easier to censor websites, especially given the importance of .ORG to noncommercial users working in the public interest. (The domain registrar Namecheap filed a separate challenge to the removal of price caps.) The Internet Society's announcement came just two months after a preliminary decision recommending denial of our petition, suddenly making our concerns far more acute. ICANN issued a final denial in December.

Fundamentally, the purpose of a for-profit corporation is to create value for its shareholders, and its directors are legally required to manage the corporation in those shareholders' best interests. Ethos' powerful investors undoubtedly expect healthy returns on the $775 million they kicked in for the deal. An estimate by congressional staff shows that PIR would need to generate as much as $70 million more in annual revenue than it currently does to provide a 6% to 9% annual return. Luckily for Ethos -- but not for .ORG registrants -- the revised registry agreement leaves PIR free to raise prices at will on its captive customer base of nonprofits. It can also enter into censor-for-hire agreements with industry groups to suspend domain names based on website content. A domain suspension is a drastic measure that not only takes the owner's website offline but also breaks any email accounts or apps associated with the domain name. For example, if PIR suspended eff.org, I would not be able to send or receive emails through my EFF email address, cara@eff.org.

There is precedent for this type of agreement. Ethos Capital's founder was previously a partner at another private equity firm that invested in domain registries and acquired registry operator Donuts. Donuts struck a deal with the Motion Picture Association of America (MPAA, now MPA), the powerful trade organization representing movie and television studios, under which it agreed to suspend domains based on accusations of copyright infringement from MPA members, with no court order or right to appeal. Donuts co-founder and former executive Jon Nevett joined PIR as CEO in December 2018, and will remain in that role should the Ethos deal go through. Earlier, in 2017, PIR announced plans for a similar copyright enforcement scheme for .ORG, but scrapped it after public pressure from EFF and others. Outside of the copyright context, pharmaceutical industry groups have pressured registries to take down websites that provide information about how to legally import medication from abroad. Registries should not be in the business of policing online speech, least of all the speech of those working in the public interest.

Ethos and PIR offer only toothless assurances that they will act in the interests of .ORG users. For example, Ethos has proposed establishing a stewardship council to "advise" its management and board, but the council would have no authority over them. Ethos has also attempted to assuage concerns by saying that it will establish PIR as a Pennsylvania benefit corporation, but its proposal still does not adequately protect the public interest over the interests of investors. Here are three reasons why:

(1) PIR's proposed benefit statement is vague and includes nothing about free expression, sensitivity to the circumstances of noncommercial entities, or rights of registrants more generally. And even if PIR did add language to that effect, it's unclear how PIR would assess its adherence to that commitment. Pennsylvania law requires benefit corporations to assess their achievement of public benefit purposes based on an independently developed third-party standard, and as far as we know, none exists that provides an applicable metric.

(2) The law requires only that directors and officers consider public benefit purposes as one factor when evaluating whether a decision is in the best interests of the corporation, alongside effects on shareholders. Public benefit purposes do not need to be prioritized over shareholder interests or any other interests unless expressly stated in the articles. Ethos has not proposed the inclusion of any such provision, instead just insisting we should trust that shareholders' interests will be aligned with the interests of noncommercial .ORG users.

(3) Enforcement options are extremely limited. Standing in actions to enforce public benefit commitments is limited to the corporation itself, its shareholders, its directors, and anyone else specified in the bylaws. That's cold comfort given that PIR's sole shareholder will be a holding company, held by another holding company, held by Ethos -- and Ethos's investors are funds controlled by a few billionaire families. Similarly, PIR's board will consist of CEO Jon Nevett, two Ethos appointees, and two appointees selected by unspecified minority equity holders. The law expressly states that being a beneficiary of a corporation's public benefit purpose does not confer standing to enforce that purpose.

Without meaningful commitments targeting the concerns we've raised and robust enforcement mechanisms, any proposal to incorporate as a benefit corporation amounts to little more than marketing.

Still Not a Done Deal

ICANN is currently conducting a review of the proposed deal and has requested further information from the deal parties. Under PIR's contract with ICANN, any changes in control of the registry are subject to ICANN's approval. The California attorney general's office is now also analyzing "the impact to the nonprofit community" of the proposed transaction and has formally requested a large amount of information and documents from ICANN, as well as additional time to review the situation before ICANN acts. How the attorney heneral may act on the requested information remains to be seen, but whatever the result, we are encouraged to see the Attorney General taking the interests of the nonprofit community seriously.

EFF and others have urged ICANN to reject the proposed change of control, which would effectively stop the sale. ICANN should listen to the global nonprofit community and refuse to treat .ORG like a piece of real estate that can be sold to the highest bidder. The nonprofit world deserves a steward that will stand up for the rights of public interest organizations, not milk them for profits. 