The unlikely setting of a depublication request in a recent case reveals the extent to which California lemon law litigation has shifted away from its original purpose of promoting expedient and efficient resolution of vehicle warranty disputes and has instead become a mechanism for maximizing the recovery of attorney fees. 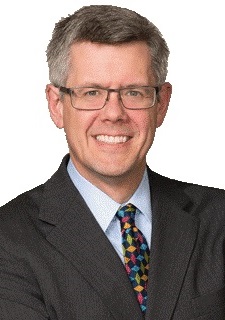 The unlikely setting of a depublication request for a 2nd District Court of Appeal decision, Morris v. Hyundai Motor America, 2019 DJDAR 9789, reveals the extent to which California lemon law litigation has shifted away from its original purpose of promoting expedient and efficient resolution of vehicle warranty disputes and has instead become a mechanism for maximizing the recovery of attorney fees. This depublication effort sought to limit the impact of a ruling that found several practices used by the most prolific of plaintiffs' lemon law counsel resulted in inflated fees requiring substantial reduction. The depublication request amounted to an attempt to switch off the light Morris shines on problematic billing practices in lemon law cases, and it was rightly denied.

When the California Legislature amended the Song-Beverly Act to allow for the recovery of attorney fees for statutory violations of the state's lemon law, the change was not intended to foment more lawsuits or lengthen litigation over consumer warranties. According to the Department of Consumer Affairs' explanation and analysis of the proposal, the statute's full and direct statement of buyers' available remedies -- including reasonable attorney fees -- was expected to "foster the voluntary resolution of disputes" and "reduce the chance of litigation" by concentrating the parties' attention on the actual merits of the claim. These purposes for adding the statutory fee recovery provision failed to anticipate the problematic incentives such an entitlement creates, namely the temptation to pursue and extend the litigation of warranty lawsuits for the very purpose of fattening the fees incurred.

The fee-generating actions examined in Morris signal that, as currently litigated, maximizing the fee recovery of the lawyers involved has become a primary pursuit in lemon law cases. In Morris, the 2nd District considered and ultimately affirmed the trial court's decision to reduce substantially a fee request where unjustifiable billing practices were employed. The trial court noted that the fee entries under consideration were incurred in a lemon law case that "did not present particularly complex or unique issues, which did not involve discovery motions, and which did not go to trial." In this uncomplicated setting, a parade of 11 lawyers plus one paralegal from two different law firms billed time for tasks performed on the case. The trial court saw this as extreme overstaffing, observing that for a case of this nature "a reasonable number of attorneys is one partner and at most two associates/paralegals." On top of this unnecessary duplication and inefficiency, the trial court found the elevated hourly rates sought were "not reasonable" for most of the lawyers whose work was allowed.

The 2nd District affirmed the trial court's decision to eliminate hours of entries and slash the hourly rate applied, declaring that "it is appropriate for a trial court to reduce a fee award based on its reasonable determination that a routine, non-complex case was overstaffed to a degree that significant inefficiencies and inflated fees resulted." The court also observed that trial courts should consider not just whether an excessive number of billing attorneys were involved, but whether the particular task was handled by the appropriate professional. A trial court is justified in dropping the hourly rate when it finds that "the name partners were doing work that could have been done by lower-billing attorneys; and that all the attorneys were doing work that could have been done by paralegals[.]" The 2nd District took the significant step of certifying its Morris ruling for publication.

Remarkably, this decision was met with a request for depublication supported by submissions from a number of lemon law firms who frequently raise fee requests in cases brought under the Song-Beverly Act, and who would face the critical scrutiny encouraged by the Morris holding. Of course, removing the opinion's published status would render the holding non-citable. Although not disclosed to the California Supreme Court, several of the firms urging that the Morris ruling be stripped of its precedential status have shared office space, have shared clients in lemon law cases, and their letter briefs urging depublication shared virtually identical language asserting the same arguments. This coordinated strategy among lawyers who stood to benefit directly from depublication of Morris was rejected by the California Supreme Court.

The need for appellate precedent counseling alertness to churning, excessive rates, and other sources of fee inflation can be seen in the immediate embrace of the Morris precedent in trial court orders. The opinion has already been cited multiple times as authority for chopping unreasonable fee requests submitted by some of the same firms that wanted Morris depublished. For example, on Dec. 16, 2019, in Jameson v. Ford Motor Co., a federal court cited Morris in reducing a Song-Beverly Act fee request for use of unreasonably high hourly rates on a case where there was not "any special skill employed" by the six lawyers who litigated the case and finding the hours incurred excessive because "Plaintiff's counsel billed for work it did not do." Even more recently, on Jan. 30, 2020, another federal court in Luna v. FCA US LLC referenced Morris as authority for awarding only a fraction of the requested fees upon finding that the twelve attorneys who worked on the case "charged egregious amounts of time."

The depublication attempt undertaken by self-interested law firms signals the need for continued close review of billing practices underlying fee requests in lemon law cases. The opportunity for fee recovery originally added to the Song-Beverly Act to encourage the parties to concentrate on "the actual merits of the claim" has now become a centerpiece of lemon law litigation. This focus on fees will harm consumers when they must wait for resolution while the meter runs. Further, because these attorney fee awards are generally taxable as income to the client, at the conclusion of the case they may receive from the vehicle producer an IRS Form 1099 that unexpectedly includes the attorney fee amount in addition to the underlying recovery. The California Supreme Court's decision to maintain the Morris opinion's published status upheld an important authority for trial courts to rely upon when rooting out fee requests bloated by abusive billing practices. 

Given trial court's clear expression in final order of its reasons for attorney fees reductions, stray remark trial court made, that it had other prohibited reasons, did not require rever...