Judge Kimberly Mueller issued a detailed written ruling earlier this month in which she stressed that the plaintiffs are “likely to succeed on the merits” because the FAA preempts state law that purports to contradict the FAA’s express policy that agreements to arbitrate are valid, irrevocable, and enforceable, save upon such grounds as exist at law or in equity for the revocation of any contract.” 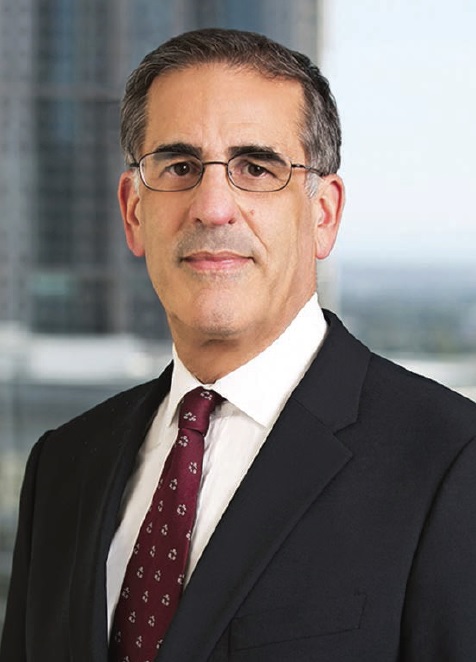 Thomas is a shareholder in the firm's Labor & Employment practice group in Los Angeles. He represents management in all aspects of labor and employment law, including litigation and arbitration proceedings. 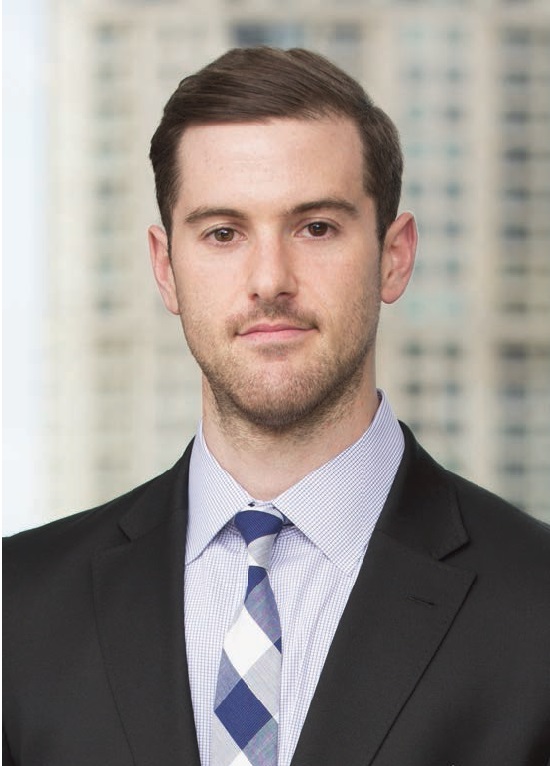 Harrison is an associate in the firm's Labor & Employment practice group in Los Angeles. He represents businesses in a wide variety of employment-related disputes and also focuses on complex commercial litigation.

In a rare victory for California employers, a federal district court preliminarily enjoined enforcement of Assembly Bill 51, the new California law designed to prohibit mandatory arbitration agreements in employment. As anticipated, the district court ruled that AB 51 was preempted by the Federal Arbitration Act. Chamber of Commerce of U.S., et al. v. Xavier Becerra, et al., 2:19-cv-02456-KJM-DB, Dkt. No. 47 (E.D. Cal. Feb. 7, 2020). While the fight over AB 51's enforceability is far from over, it appears likely that California's latest attempt to curb mandatory arbitration agreements will once again fail.

Last October, Gov. Gavin Newsom signed into law AB 51, which would make it unlawful for employers to require any applicant or employee in California to agree, as a condition of employment, continued employment, or the receipt of any employment-related benefit, to arbitrate claims involving violations of the California Fair Employment and Housing Act or the California Labor Code. AB 51 did not specifically mention "arbitration" but instead broadly applied to the waiver of "any right, forum, or procedure for a violation of [the FEHA or Labor Code], including the right to file and pursue a civil action." Any agreement requiring the employee to agree to mandatory arbitration as a condition of employment, including agreements that require the employee to "opt-out" to avoid arbitration, would be prohibited under this new law. AB 51, which was codified at Cal. Lab. Code Section 432.6 and Cal. Gov't Code Section 12953, was scheduled to take effect on Jan. 1 for any such agreements entered into, modified or extended on or after that date. Violations of this law would not only constitute an unlawful employment practice under the FEHA with a private right of action for the employee, but any person violating this new law would also be guilty of a criminal misdemeanor and potentially be subjected to six months imprisonment in a county jail, or a fine not exceeding $1,000, or both.

However, Brown had previously signed into law in 2014 AB 2617, which effectively prohibited, as a condition of entering into a contract for goods or services, mandatory arbitration agreements that would limit the enforcement of certain civil rights protected by California law, unless the party seeking enforcement proved that the arbitration agreement was not made a condition of the contract for goods or services or the providing of or receiving goods or services. Upon review, California's 2nd District Court of Appeal held that the FAA preempted AB 2617. Saheli v. White Mem'l Med. Ctr., 21 Cal. App. 5th 308, 323, review denied (2018). The U.S. Supreme Court has similarly stricken laws that single out arbitration agreements for disfavored treatment. See, e.g., Kindred Nursing Ctrs. Ltd. P'ship v. Clark, 137 S. Ct. 1421 (2017).

The California Legislature, however, was not deterred and promptly enacted AB 51 in 2019, which contained virtually the same language regarding arbitration agreements as the recently vetoed AB 3080. This time, however, Gov. Newsom signed AB 51 into law, to be effective on Jan. 1.

In December, the California Chamber of Commerce and several other trade organizations filed a lawsuit in the Eastern District of California seeking to enjoin enforcement of AB 51 on the grounds that it was preempted by the FAA. Citing to recent decisions from the California Courts of Appeal and the U.S. Supreme Court, the plaintiffs sought a temporary restraining order and a preliminary injunction to stop the state of California from enforcing AB 51. On Dec. 29, Chief District Judge Kimberly J. Mueller issued a TRO against the state of California temporarily enjoining the state from enforcing AB 51 until a full preliminary injunction hearing could be held.

Judge Mueller issued a detailed written ruling on Feb. 7, supporting her decision to grant the preliminary injunction, in which she stressed that the plaintiffs are "likely to succeed on the merits" because the FAA preempts state law that purports to contradict the FAA's express policy that agreements to arbitrate are valid, irrevocable and enforceable, save upon such grounds as exist at law or in equity for the revocation of any contract." 9 U.S.C. Section 2. The court, after first confirming that it had federal jurisdiction to hear this dispute, and that the plaintiff trade organizations had standing to bring the compliant, specifically addressed the "unequal footing" and "interference" preemption theories, both of which weigh against the enforceability of AB 51.

Under the "equal footing" theory, "courts must place arbitration agreements on an equal footing with other contracts ... and enforce them according to their terms." AT&T Mobility LLC v. Concepcion, 563 U.S. 333, 339 (2011) (citations omitted). In other words, while a court "may invalidate an arbitration agreement based on 'generally applicable contract defenses' like fraud or unconscionability," it may not do so based on "legal rules that 'apply only to arbitration or that derive their meaning from the fact that an agreement to arbitrate is at issue.'" Kindred, 137 S. Ct. at 1426 (quoting Concepcion, 536 U.S. at 339). Thus, any state law that "singles out arbitration" is preempted by the FAA. Id. at 1425.

The court also found AB 51 was preempted under the "interference" theory. Under the "interference" theory, a law may be preempted by the FAA where it "interferes with fundamental attributes of arbitration." Lamps Plus, Inc. v. Varela, 139 S. Ct. 1407, 1418 (2019). Thus, any law that "stands as an obstacle to the accomplishment and execution of the full purposes and objectives of Congress," including the FAA's policy that agreements to arbitrate are valid, irrevocable and enforceable, save upon such grounds as exist at law or in equity for the revocation of any contract, is "pre-empted by the FAA." Concepcion, 536 U.S. at 352 (citations omitted). The court found that AB 51 is so preempted because it will "likely have a deterrent effect on employers' use of arbitration agreements given the civil and criminal sanctions associated with violating the law." See, e.g., Cal. Gov't Code Sectoin 12953 (stating that Labor Code section 432.6 is a violation under the FEHA); id. Sections 12963.7, 12965 (providing enforcement procedures for the FEHA director to follow and private right-to-sue options attendant thereto). In light of the penalties imposed on employers found to violate AB 51, the court found that the law interferes with the FAA and, therefore, is preempted.

The court also found that without preliminary relief, California employers would face irreparable injury that could not be adequately remedied by an award of damages. Indeed, AB 51 would create a Hobson's choice -- "California businesses that rely on arbitration agreements as a condition of employment will be forced to choose between risking criminal or civil penalties, or both, based on the uncertainties surrounding AB 51's implementation, and foregoing the use of arbitration agreements altogether to avoid penalties." Moreover, California businesses that rely on standard form arbitration agreements as a condition of employment would incur various costs in redrafting their employment agreements which could not be recouped through traditional legal damages (insofar as the state of California is immune from suit under sovereign immunity).

The preliminary injunction enjoining enforcement of AB 51 will remain in place pending a final judgment on the case, which would likely occur following a motion for summary judgment rather than a full trial on the merits, as there are no material facts in dispute to be tried. However, an order granting a preliminary injunction is immediately appealable. See 28 U.S.C. Section 1292(a)(1). Thus, the state of California will likely appeal the court's order to the 9th U.S. Circuit Court of Appeals.

While it is not possible to predict the outcome of continued litigation, the state of California appears to face a significant uphill battle. In light of the court's ruling that the plaintiffs are "likely to succeed on the merits" regarding the unenforceability of AB 51, it appears likely that the plaintiffs will prevail in obtaining a permanent injunction prohibiting the enforcement of AB 51. Similarly, the 9th Circuit -- to the extent called upon to review the court's order -- should also find AB 51 unenforceable, as the U.S. Supreme Court has repeatedly held that the FAA preempts state laws that single out arbitration agreements for disfavored treatment. See Concepcion, 536 U.S. at 352; Kindred, 137 S. Ct. at 1426. Further, to the extent the case should reach the Supreme Court, its recent decisions fully supporting the preemptive effect of the FAA over state laws to the contrary strongly support the conclusion that AB 51 will be deemed preempted by the FAA and will be unenforceable.

The FAIR Act and mandatory arbitration 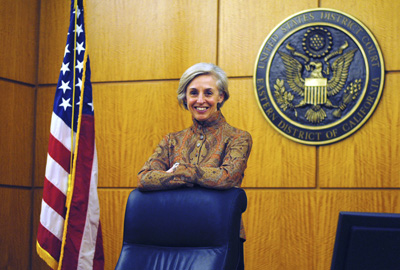 Arbitration agreement exception for sections 'not arbitrable' under state law does not prevent arbitration where state law is preempted by FAA.

Ambiguity as to classwide arbitration in employment contract 'does not provide sufficient basis to conclude' parties agreed to decide classwide matters in arbitration, notwithstanding sta...