A conversation with international human rights expert and UC Hastings Professor, on writing about traumatic events to trauma-centered teaching of students she hopes will fight atrocities. 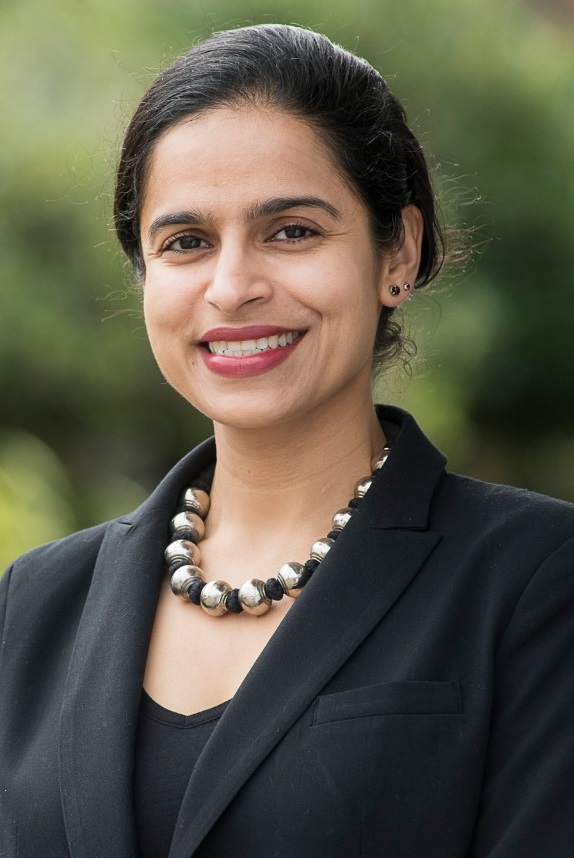 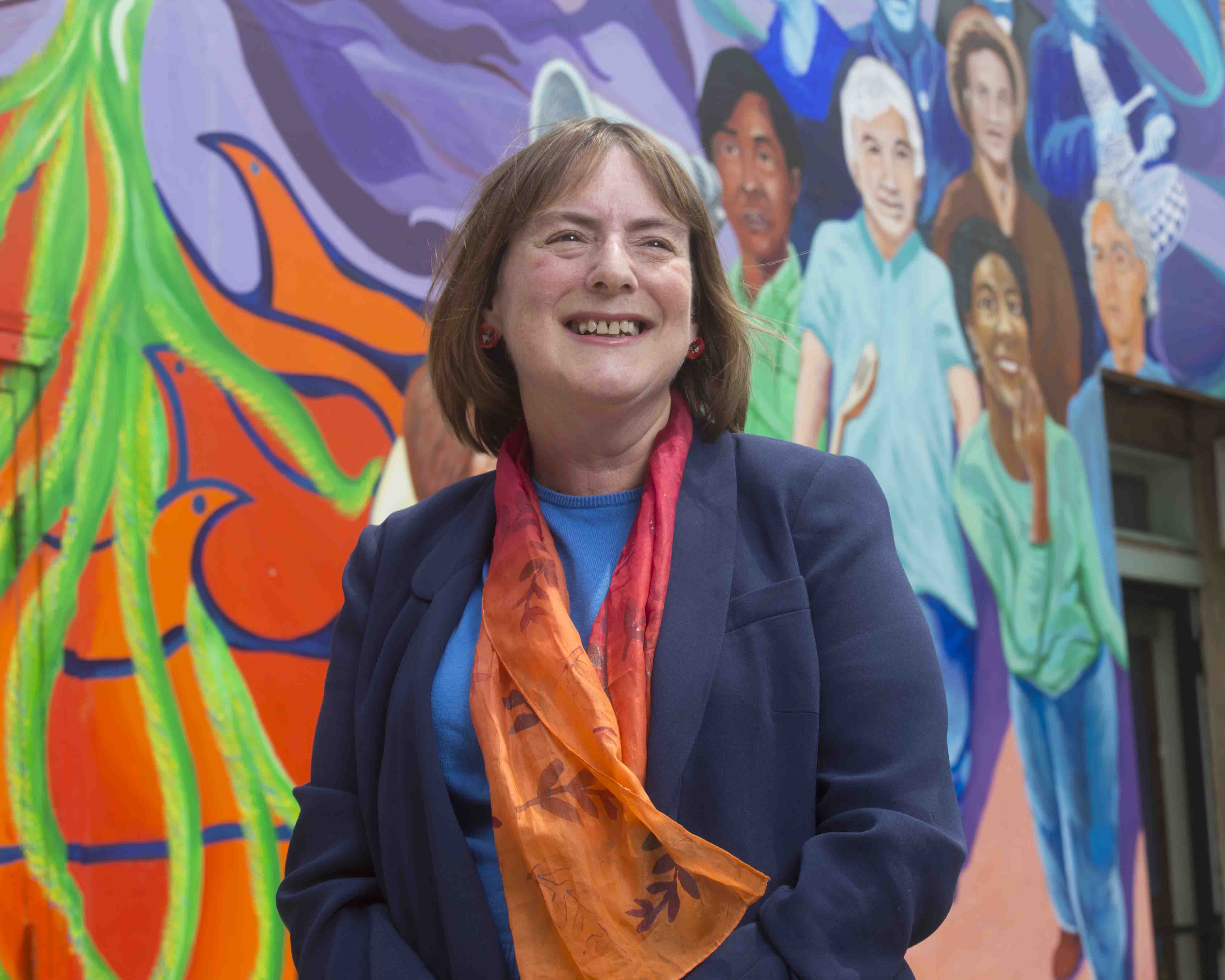 Naomi Roht-Arriaza, an expert on transitional justice and human rights, is a distinguished professor of law at UC Hastings.

Mallika Kaur: Let's begin by acknowledging that when people think of high-trauma exposure practice areas, they often don't think about research and writing. Could you speak to the aspects of academic work that you find challenging?

Naomi Roht-Arriaza: One of the things that I find hardest emotionally is the extractive nature of a lot of research. Legal scholars start out saying it's all in the papers. We just need to read the court decisions, the statute, the Constitution, and we'll know what's going on. And one of the things that improved over the last generation or so, is that in international human rights law work there's this idea that you actually need to go talk to people on the ground about how everything is playing out. But once you do that, two things happen. One is, there's a really clear power dynamic. You're parachuting in, parachuting out. And even if you do it the better way, which is to establish more long- term relationships with people, there's still an undeniable power disparity.

Then, there a conflict disparity. You get to go home somewhere where your life is not in danger. Somewhere where you are not always surrounded with people who have lived through intense grief. So, dealing with that is one of the hardest things.

And then, there's the third thing which we've talked about before, secondary trauma. First, hearing terrible stories takes a toll. And there is no limit to the crushing weight of feeling that all your work won't be enough to turn things around. This happens in human rights specifically, but also I find that people who work in the environmental area have the same problem. It happens in all kinds of social justice related work, or even to people who represent small business, for instance in bankruptcy or fraud proceedings. And then even areas that you wouldn't think of, like IP, where corporations want to take out patents on things that should not be patented, like seeds. And yet, we are not used to, not taught, how to recognize all that's going on emotionally.

MK: And you've taught law students for a long time. Can you speak to your approach to prepare them for heavy, even trauma-triggering, work?

NA: I have taught first year classes for over 25 years. First year students when they start law school, by and large, want to make the world a better place in one way or another. And this goes along with, I'd like to make a nice living while I'm doing it! But there's a sense of something bigger. Then they get to law school, they go through the first few weeks of utter confusion and what they don't understand is why their professors, for the most part, aren't talking about the emotions underlying the facts that they're reading in order to distill legal rules.

I teach cases about personal injury and wrongful death. Sexual assault. All kinds of horrible things that happen to people. And I find that it helps to take the time to say, OK, before we figure out a rule about negligence, look for a second and think about what happened here and how the families are feeling and why are they coming to you? And the students are surprised. Because law school doesn't tend to foreground any of the emotional weight of the kinds of things that we're talking about.

We have to be teaching students how to figure out where the line is between showing empathy and allowing recognition of the emotions without dissolving into a useless puddle where your client is not getting the benefit of your professional analysis or creativity.

I find things are changing. You know, we now have classes on emotion. There is the class like yours at Berkeley. We have classes at Hastings. But still in the first year curriculum, we don't do a great job talking about it. We segregate it, we put it off in a corner and we say, oh, if you're interested in these issues, take X class.

NA: I've done some of this since I started in part because I think there's a failure to recognize that the emotional weight tends to cause suffering in the people in class who don't talk. One of the things I've learned over time that I didn't understand 25 years ago was: it's not just women who feel this way. And it isn't that everybody feels this way. You may find differences at the edges, at the tails, but there is a group of men and a group of women, that find the materials very jarring.

The other thing I'd add is that the casebook I use really makes a difference. I use a book that foregrounds class, race, gender, sexual orientation. And having it in the casebook makes it legitimate. Then it's not just this weird hippy dippy lady saying it!

Finally, also over time, you can see the changes in the jurisprudence. For example, how courts took so long to recognize a cause of action for emotional distress, not grounded in physical injuries. That evolution makes it easier to talk about emotions.

MK: I'm imagining you, writing a seminal human rights book like The Pinochet Effect, and then turning around to teach 1Ls. A whole new kind of re-entry challenge, from the international work to the relative privilege of law school and students. Can you talk about your process of shifting gears, and how you cope?

NA: In terms of coping mechanisms, people find different ones. I tend to resort to really black humor. That's because I lived for a long time in countries were that was sort of the National Pastime? And so you kind of pick it up, right!

What's been helpful for me is talking to people who are in really horrible situations and seeing how they cope and how they find joy in the small victories. I've tried to learn from that. Look, especially if you do human rights work your victories are small and they're fleeting, but they're important. You know that you never win forever. So right now we're in the backlash from a period of advance in the 1990s and early 2000s. And talking to people who have kept going in the face of this, that gives you a sense of basically, who are you to stop now, if they're not stopping!

When you're teaching human rights, there's a couple of problems. The system is so inadequate to the need. And the students all come in optimistic. I validate their doubts, saying, you are right, this is inadequate, unfair. But how much of that is a problem of international human rights law, how much of it is a more general problem of dealing with a state that doesn't want to do something? How do you not be Pollyannaish about the law, but at the same time to be affirming of the fact that this is a useful tool, and worth knowing how to employ it.

I think teaching students is a privilege. I think it's necessary to help people who come behind you. It's a source of immense joy and strength. I mean, we're not alone. There's people coming up behind us.

And I don't mostly tell students stories about suffering. Taking on the powers that be, I tend to tell those stories. People who demanded changes and they got it right. I think those are the stories that students need to hear.

MK: Your students are fortunate to have you! I often say that resilience and sustainability in this work is in large part caught rather than taught. Your students witness you modeling an empowerment approach, and hopefully will do the same for their clients.

NA: OK so, so here's something that I've done that's maybe a bit cowardly, but it's been my one of my ways of dealing. I don't do a lot of front-line human rights documentation at all. That means that I talk to people when they're already fighting back. And I get the evidence of violations second hand. There's another piece that other people are doing, and then a lot of the trauma is sitting on them, not on me.

But thanks to this work, I feel like I have a community all over the world that I can turn to, even though we see each other in person only sometimes. And we have to remember things are cyclical. Peoples' desire for justice doesn't go away. It becomes easier and harder and easier again and harder again and you have to just hold on. And count on your community to help. 