On July 8, the Supreme Court issued a blow to the ongoing fight for birth control access. The case in question involved a rule issued by the Trump administration to expand which employers can claim exemptions to the Affordable Care Act’s contraceptive mandate. 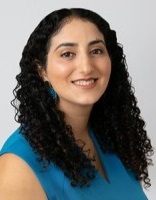 On July 8, the Supreme Court issued a blow to the ongoing fight for birth control access. The case in question, Little Sisters of the Poor v. Pennsylvania, 2020 DJDAR 6994, involved a rule issued by the Trump administration to expand which employers can claim exemptions to the Affordable Care Act's contraceptive mandate. While this is the most recent case regarding the contraceptive mandate addressed by the court, it is not a new issue for the court. This is the third time the court has heard a case on the matter in the last six years.

The legal battles began during the Obama administration when the Human Resources and Services Administration, a division of the Department of Health and Human Services issued regulations clarifying that the Affordable Care Act's provision that insurance plans cover "additional preventative care and screenings" for women. HRSA's regulations stated that under this category of preventative care, health plans were required to cover FDA-approved contraception at no cost. Prior to any legal challenges, the Obama administration explicitly excused houses of worship from having to provide this coverage to anyone covered by their health insurance plans. However, the mandate was still challenged in the 2014 case Burwell v. Hobby Lobby, 134 S. Ct. 2751, which held that a private corporation owned by individuals with religious objections to the mandate, like the craft store chain Hobby Lobby, could also be exempt from providing coverage.

The mandate was then brought in front of the Supreme Court for a second time in 2016, when religious non-profit organizations challenged the Obama administration's accommodation for those with religious objections. Zubik v. Burwell, 136 S. Ct. 1557. Although the accommodation only required these employers to fill out a one-page form notifying the government of their objection, the employers still claimed it was a substantial burden to their free exercise of religion. However, because the Supreme Court at the time only had eight justices on the bench after Justice Antonin Scalia's death, they sent the issue back to the lower court with instructions for the two sides to find a new solution to preserve both side's interests.

Fast forward to this year, when the Supreme Court again heard a challenge to the contraceptive mandate. This case involved rules promulgated by the Trump administration that expanded exemptions to employers with both religious and moral objections. The new rules were challenged by two states, Pennsylvania and New Jersey, which claimed that they violated both the Affordable Care Act and the Administrative Procedure Act. The federal district court ruled in favor of Pennsylvania and New Jersey and blocked the rules from going into effect, and the federal appeals court upheld this ruling. However, the Trump administration appealed the ruling, along with intervenors Little Sisters of the Poor, to the Supreme Court. Although the Little Sisters of the Poor were allowed to intervene, they were never required to provide coverage for contraception under the original exemptions issued prior to the Hobby Lobby decision.

Ultimately, the Supreme Court held that the rules did not violate the ACA. The states had argued that the ACA only authorized HRSA to identify which types of preventative care health plans must cover, not to issue exemptions. However, Justice Clarence Thomas, writing for the majority, wrote that the ACA gave HRSA "virtually unbridled discretion" to decide what types of care are considered preventative services, and this broad discretion also extended to creating exemptions from the guidelines. Thomas' opinion also held that the administration followed the necessary procedures for enacting the rule under the APA.

Essentially, the Supreme Court said that HRSA had the authority to enact that rules and that they did so in compliance with the procedures they are supposed to follow. However, it sent the case back down to the lower court to determine whether the substance of the rule was valid under the APA. This means that the legal battles over the issue are not yet over, even though employers can begin seeking exemptions for the time being.

Most notable in the decision was not just what was written, but what was excluded -- the impact this decision will have on people seeking birth control. We know that limiting access to birth control will most significantly impact people of color and people with lower incomes. However, these same communities are largely absent from the Supreme Court's opinion apart from the dissent.

HRSA itself has estimated that 70,500 to 126,400 women would lose coverage as a result of the rule, although this is a potential underestimation if more employers opt into the broadly written exemptions. Before the ACA was enacted, women spent between 30-44% of their overall out-of-pocket health care costs on contraception alone.

The economic impact of a lack of coverage for contraception falls heaviest on women of color, who are already paid less on average than white, non-Hispanic men. As a result, many women of color are unable to afford the out-of-pocket costs associated with contraception if it were to not be covered. For example, a survey commissioned by the National Latina Institute for Reproductive Health found that one in three Latina women and one in four Black women report that they would not be able to pay more than $10 for contraception. This directly impacts women of color's access to birth control. Research published by the Urban Institute in 2018 found that "real or perceived cost prevented some [women] from using the birth control method of their choice." With even greater costs associated with contraception, women of color will continue to be denied the care and medication that they need.

Further, while Thomas' opinion points to resources such as Title X clinics to help bridge this gap, there is no evidence that Title X clinics would be able to serve an influx of clients as a result of the rule, especially since their funding has also been severely cut as a result of the Trump administration's harmful "gag rule" (referring to the Trump administration's 2019 overhaul of regulations governing the Title X program, including "a prohibition on abortion referrals, coercive counseling standards for pregnant patients, and unnecessary and stringent requirements for the physical and financial separation of Title X-funded activities from a range of abortion-related activities." Ruth Dawson, "Trump Administration's Domestic Gag Rule Has Slashed the Title X Network's Capacity by Half," Guttmacher Institute (February 2020)). By pointing to a resource that is being even further limited in its scope to provide care, the Court again minimizes and erases the impact this decision will have, especially on people of color and people with lower incomes.

While the legal battles for birth control access are ongoing, the core of this issue remains the same. Restrictions on birth control coverage impact the health, livesBirth and autonomy of people of color and people with lower incomes, even if our stories are erased from the Supreme Court's decision. 

The National Asian Pacific American Women's Forum submitted an amicus brief in the Little Sisters of the Poor case in partnership with the National Women's Law Center, the National Latina Institute for Reproductive Justice, SisterLove, and 50 other organizations highlighting the potential impact of the Supreme Court's decision on people seeking birth control.

Under Affordable Care Act, government has statutory authority to provide exemptions from regulatory contraceptive requirements for employers with religious and conscientious objections.