I had dinner the other evening with the philosopher Heraclitus of Ephesus. I remarked that Justice Ming Chin was retiring from the California Supreme Court at the end of August and that I, along with countless others, would miss him.

I had dinner the other evening with the philosopher Heraclitus of Ephesus. I remarked that Justice Ming Chin was retiring from the California Supreme Court at the end of August and that I, along with countless others, would miss him. Heraclitus adjusted his toga, took a sip of ouzo from the bottle we shared, and remarked, "All that endures is change." I think Heraclitus was 45 at the time. And that is old. Heraclitus was impressed with Justice Chin's accomplishments, but I could tell from his expression he was confused.

Of course he was confused. The month of August was then called Sextillis and it had only 29 days. This would put Ming's retirement on September 2. Whoever heard of retiring two days into a new month? Did I mention, Heraclitus of Ephesus was born in 535 BC, and the calendar as we know it had not yet been devised? It was not until 46 BC that Julius Caesar added two days to August, I mean, Sextillis. He did that a few years after he took a quick break to write the seven volumes of the Gallic Wars, while protecting the far-reaching Roman Empire. It took someone like Augustus, an emperor in 8 BC, to have the name of the month Sextillis changed to Augustus. The Roman senate made it happen. Having one's name on a month is better than on a building.

This discussion of ancient Roman history might alert the attentive reader to conclude my dinner with Heraclitus of Ephesus was imaginary. But who are we to make such judgments? I can, however, assure the most skeptical that the ouzo was the real thing.

I muse on the remarkable career of my friend Justice Ming Chin. Change is inevitable, but how quickly or slowly it occurs is a matter of perception that varies depending on one's perspective. But with Justice Chin, his "elevation" (sounds religious) to higher and higher judicial plateaus was swift (an understatement), but well deserved. A brief estimate: judge of the Alameda County Superior Court, 45 minutes; associate justice of the Court of Appeal, one hour; presiding justice of the Court of Appeal, two hours; and finally... associate justice of the California Supreme Court, 15 minutes.

If these timeframes seem an exaggeration, think of a successor to Heraclitus, Einstein. Time is relative. Or if that is too weighty, consider the appearances of the obelisk in Kubrick's classic motion picture "2001." In whatever manner we contemplate time, Justice Chin's decisions on the various courts on which he served reflect the judiciary at its best.

Mention the name Justice Chin and one immediately thinks of his civility, collegiality and humor. He is down to earth and has no sense of self-importance, but he does have a keen sense of the importance of his work. His well-written opinions reflect a fair and objective exposition of the law. He reflects everything we expect from a judge -- humanity, objectivity, and professionalism.

I am fortunate to know Justice Chin and honored to call him a friend. I join his many friends in wishing him and his wife Carol happiness and joy in the adventures that lie ahead.  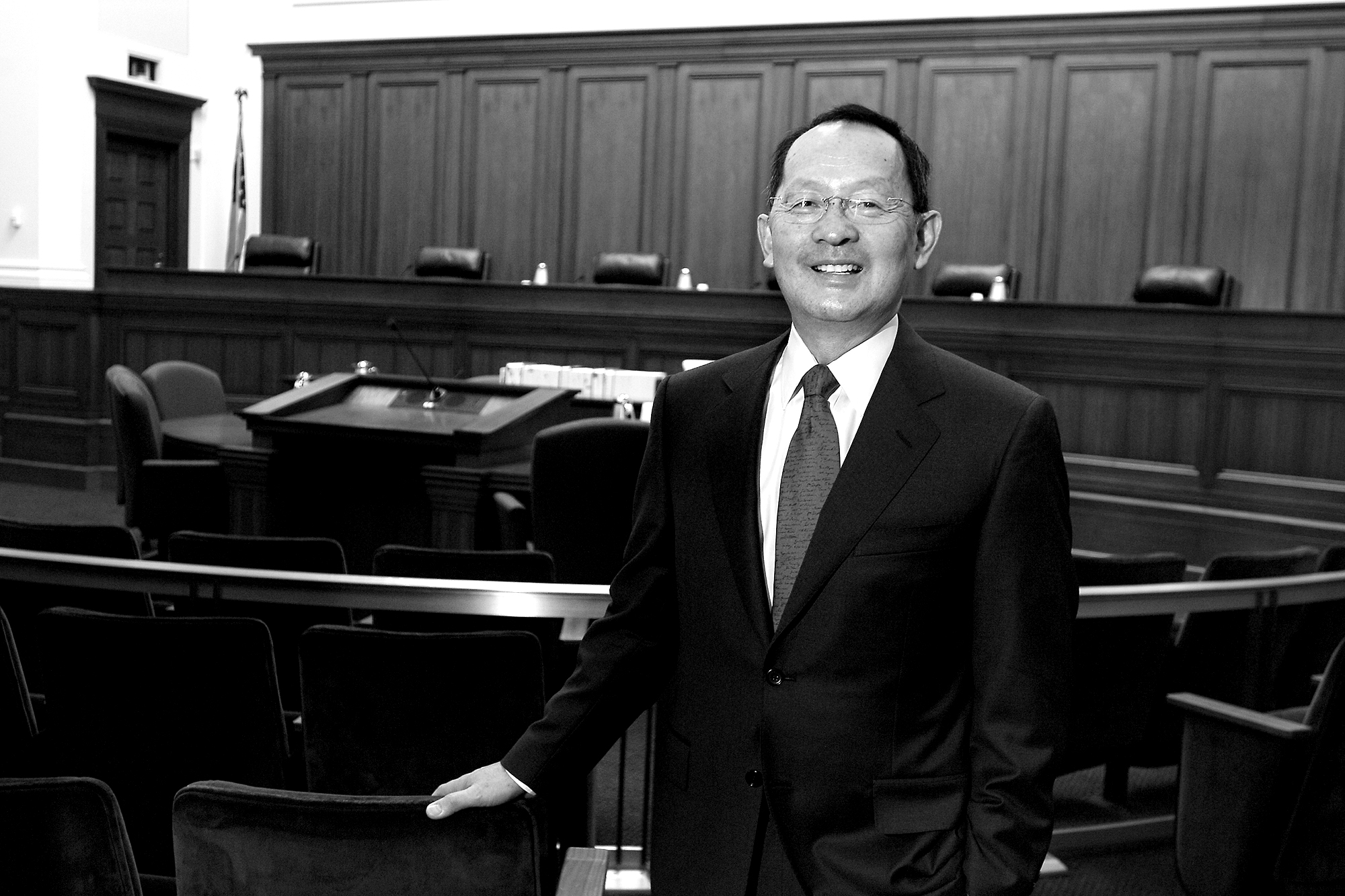