As summer turns to fall, movie and TV production is just beginning to gear up in the face of a pandemic that is showing little if any signs of abating. 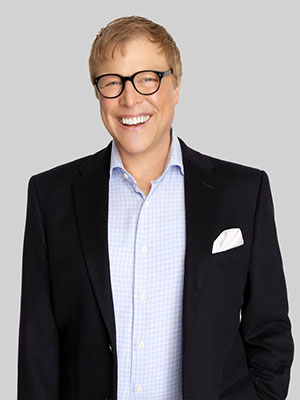 Jody is head of the production practice at Fox Rothschild LLP. He is a seasoned and savvy entertainment law attorney who has been helping clients in the industry produce innovative and sophisticated television and new media content for more than 25 years.

As summer turns to fall, movie and TV production is just beginning to gear up in the face of a pandemic that is showing little if any signs of abating. Insurers are not currently covering COVID-related losses except for a very few carriers at premiums that are too high for most budgets. Without the cushion of insurance coverage, producers have had to take extra care to mitigate the risk of shutdowns and of legal liability from production personnel who fall ill during production.

One early response when lockdowns began in March was to shift to remote production. By moving out of the studio, contact among cast and crew members could be minimized. This solution is not effective for all programs, but for some, such as the late night talk shows, it succeeded relatively well. Animation also lends itself naturally to remote production. The streaming services in particular were investing in animation development pre-pandemic; this has been stepped up in the months since.

Still, this was no substitute for the original live-action productions that networks build their slates around. Beginning in late spring, individual states and localities gradually lifted lockdown orders and issued their own guidelines for safe production. In California, Gov. Gavin Newsom left the terms on which production could resume subject to protocols agreed between employers and the entertainment unions, which were not ultimately agreed until September 21 -- more on this later.

For the most part, governmental guidelines consisted of the common-sense steps widely recommended by health experts such as testing, use of PPE, staggering of crew to permit distancing, installing handwashing stations, frequent disinfection of common areas and serving only pre-packaged meals. Without a uniform standard, however, producers faced some uncertainty as to the level of care required on set, the degree of screening it would be reasonable to require of cast and crew, and at whose cost. For example, some producers simply required employees to complete a questionnaire when reporting to work affirming that they were symptom-free and had not been exposed to the virus; others required regular testing. On the other hand, Tyler Perry got a jump on the rest of Hollywood by producing two series with the entire cast and crew quarantined at his Atlanta studio for the duration of production.

Perry aside, unscripted productions generally had an easier time restarting once states and localities loosened restrictions. Reality shows (excluding big-budget productions like "The Bachelor," "America's Got Talent," "Dancing with the Stars") can be put together with shorter lead time and smaller crews. Crews and on-camera participants are generally non-union. Together with health safety protocols, many producers began to add assumption of risk and release provisions to their agreements with crew and on-camera participants to shield them in the event the crew member or participant contracted COVID-19.

It's worth bearing the limitations of COVID releases in mind. A release is no substitute for rigorous safety protocols. An employer would be ill-advised to hold up a release as a defense against a failure to take any precautions against the virus. COVID releases are also of limited utility in California. Employees may not release workers' compensation claims in any state, but under California's landmark Assembly Bill 5, all cast and crew, with very few exceptions, are employees subject to workers' compensation. Moreover, California Senate Bill 1159 creates a presumption that an employee contracted COVID-19 on the job if there was an "outbreak" at the workplace (as defined in the statute). California is uniquely protective of employees, however. A state such as Georgia is less protective of workers' rights and might be more likely to enforce a release.

We will likely see continued use of COVID releases more in nonunion reality shows than in other kinds of productions. Producers do not appear to be pushing generally for releases from performers and directors on unionized scripted productions. There are several reasons for this. Performers and directors generally negotiate their contracts, and have been urged by their unions to refuse to sign releases. Until the uniform labor-management agreement for production ("Return to Work Agreement") was released on Sept. 21, productions needed to negotiate with the directors and performers unions on a case-by-case basis for approval of their safety standards. A release is not an important enough point to muddy the waters of these negotiations. Scripted producers may still include releases in crew deal memos, which are frequently not negotiated, and in documents such as appearance releases. (Note that releases from COVID liability should be distinguished from other COVID-related documents such as consents to testing and release of medical information, which are widely accepted.)

The Return to Work Agreement is a lengthy document hammered out over a period of months between on one hand, members of the AMPTP, which represents the studios in union negotiations, and the leading streaming networks and, on the other hand, the DGA, SAG-AFTRA, and the below-the-line unions IATSE, Teamsters and the Basic Crafts. The jumping-off point was a white paper issued by the unions in June. This set out a four zone structure for productions that was carried forward in the Return to Work Agreement.

The delay in adoption of the Return to Work Agreement was not due to disagreement over the basic health and safety protocols, but rather economic provisions such as sick leave and quarantine pay. Now that the agreement has been adopted, however, it will serve as a best practices guideline for producers based on the latest science and industry consensus. This will give producers considerable cover against charges of negligence in the event of a COVID occurrence. 