Significant infusions of government resources into the private sector during the COVID-19 pandemic have prompted focus on a new potential threat: stimulus-related fraud 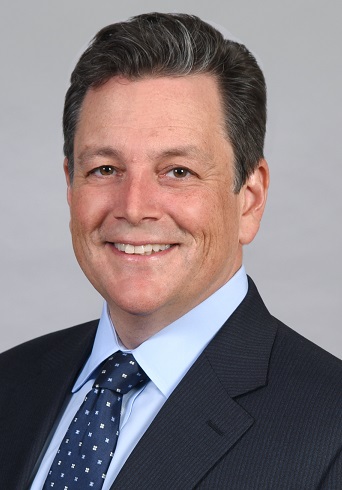 Michael is a former federal prosecutor and a partner in the firm's Los Angeles office. He is a Chambers-ranked attorney and practices in the White Collar Defense and Investigations and Securities Litigation Practice Groups.

The COVID-19 pandemic has prompted wide-ranging federal stimulus efforts aimed at jump-starting the U.S. economy. Significant infusions of government resources into the private sector have prompted focus on a new potential threat: stimulus-related fraud. Over the last five months, federal law enforcement has reacted with remarkable candor regarding this threat and the ways it intends to respond.

A survey of the Department of Justice's enforcement pronouncements and activity thus far in 2020 reveals some early indications about how the agency may focus its efforts. As a first step, in May, the agency announced the attorney general's directive to all U.S. attorneys to prioritize the investigation and prosecution of coronavirus-related fraud schemes.

The DOJ has focused on recent U.S. government stimulus programs aimed at strengthening private sector businesses like the Coronavirus Aid, Relief, and Economic Security Act, aka CARE Act, which allocates funding for loans and payments to eligible business and health care providers and Economic Impact Payments to individuals through the Paycheck Protection Program. DOJ leadership has recently announced that it will pursue fraud and other crimes in the distribution of funds and loans under the CARES Act, especially fraud connected to the various certifications and obligations attached to entitlements under the PPP, health care provider relief fund, and Main Street Lending Program.

The DOJ has been relatively transparent about how it believes it can address such scams. In a July opinion editorial in Texas Lawyer, for example, the U.S. attorney for the Eastern District of Texas described the DOJ's planned use of the federal False Claims Act to pursue fraud in the applications for and misuse of PPP funds and referenced the potential to recover treble damages and financial penalties under the FCA.

The same month, in remarks at a U.S. Chamber of Commerce event, a high-level DOJ Civil Division official discussed the department's new enforcement approaches, noting that the government's injection of massive amounts of funds into the private sector economy during the COVID-19 crisis had simultaneously created a need for heightened enforcement because of the new opportunities for fraud schemes. Noting that "when companies follow the law, they will have nothing to fear from us," the official described the FCA as an appropriate tool to address misconduct by companies and individuals in securing funds under stimulus programs.

In September, the DOJ's Criminal Division announced that it had charged 50 individuals with various PPP-related scams, partnering with the U.S. attorney's office for the Eastern District of Texas in a number of cases. The alleged conduct at issue in some of the charged cases included the use of PPP funds to fund personal investments and expenses, including a Lamborghini, a Rolex watch, and visits to strip clubs, and the submission of false PPP loan applications to Small Business Administration-approved lenders seeking millions in funds by claiming hundreds of fictitious employees.

Although the CARES Act sets up a Pandemic Response Accountability Committee and a special inspector general for pandemic recovery, aka SIGPR, to monitor distribution of funds under the legislation, the DOJ remains the principal law enforcement agency with powers to pursue fraud in connection with applications and eligibility for government funding under the stimulus programs.

Since August, U.S. attorneys in at least four federal districts (the Eastern District of Texas, the Northern District of Ohio, the District of Massachusetts, and the Eastern District of Virginia) have entered into memoranda of understanding with the SIGPR Office providing for the designation of federal prosecutors to assist with SIGPR-related investigations and prosecutions. The DOJ has described this interagency cooperation as a way to allow the DOJ and SIGPR and other law enforcement agencies to focus on coordinated criminal rings that have engaged in the systematic, organized looting of PPP funds. The agreements also suggest that these U.S. Attorneys are likely to lead many of the prosecutions in pandemic-related fraud cases.

While the extent of such enforcement efforts remains to be seen, other components of the DOJ have also begun to act. A recent criminal action in the Western District of Washington charged an individual with wire fraud and money laundering in connection with a PPP loan application claiming dozens of fictitious employees, and another recent prosecution in the Northern District of Georgia charged another individual with impermissible personal use of PPP proceeds to buy jewelry and a Rolls Royce. And the DOJ has also questioned the role of private equity in pandemic-related fraud by portfolio companies. In its July remarks, the DOJ suggested that it may consider pursuing private equity firms that invest in portfolio companies receiving federal funds under the CARES Act where the firms take an "active role" in the companies' illegal conduct, especially in regulated fields like health care or life sciences.

With increased enforcement, there is some good news for companies facing potential False Claims Act liability in civil litigation where the DOJ does not see a significant law enforcement benefit. The DOJ noted in its July remarks that it will not be inclined to pursue FCA actions for "immaterial or inadvertent mistakes" in paperwork, or honest misunderstandings of rules, terms and conditions, or certification requirements for CARES Act programs. Moreover, the DOJ noted that it will continue to use its authority to go further and request dismissal of what it judges to be meritless or opportunistic qui tam whistleblower actions brought by private litigants on behalf of the United States, and pointed out that the DOJ had recently accelerated such efforts, moving to dismiss fifty such actions in the last two years, more than it had in the previous thirty years.

Logistical challenges created by the pandemic, including work-from-home protocols for a number of federal agencies, do not appear to be dampening enforcement enthusiasm. During the first half of 2020, the DOJ was able to finalize seventeen corporate non-prosecution and deferred prosecution agreements in a number of enforcement areas, including the Foreign Corrupt Practices Act, governmental contracting fraud, antitrust, tax fraud, Food, Drug and Cosmetic Act issues, and others. Total recoveries as a result of these settlements were already in excess of $5 billion by mid-year. The coming months will reveal whether the DOJ's new focus on stimulus fraud is destined to bring a myriad of new cases, and financial recoveries, aimed at safeguarding government efforts to speed the country's economic recovery. 