Panel addresses elimination of bias on the California bench

Last week, the Kern County Multicultural Bar Alliance held a panel addressing the important issue of the elimination of bias from the bench. Judges and attorneys from the Elimination of Bias Committees of Kern and Tulare Counties participated. 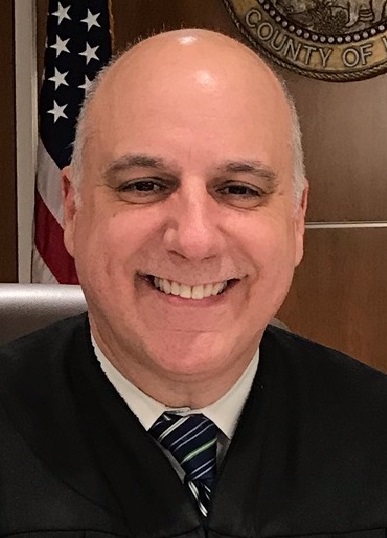 Judge Wolf is the supervising judge for North Kern and is currently a co-chair on the Elimination of Bias Committee. He also volunteers with the local Mock Trial, We the People and Academic Decathlon programs.

Last week, the Kern County Multicultural Bar Alliance held a panel addressing the important issue of the elimination of bias from the bench. Judges and attorneys from the Elimination of Bias Committees of Kern and Tulare Counties participated. Commissioner Cynthia Loo, from Kern County, was the coordinator and the Master of Ceremonies for the event. Commissioner Loo and her team put together an amazing event. The event was only $5 and included Elimination of Bias MCLE credit. For an additional $20, the MCBA delivered to the attendees a basket of the specific wines being featured. At several points during the presentation there were breaks and Kern's own MCBA sommelier described the specific wine being sampled. Panelists and attendees could then comment on the wines and on the presentation. I have to admit that I was skeptical about the wine tasting portion of the event, however, I was wrong. It was an amazing way to "break the ice" and add some fun to a very serious and sometimes challenging topic.

Commissioner Loo put together an amazing and diverse panel. The panel included judges, commissioners, prosecutors, defense attorneys, private counsel, members of the MCBA and "Sommelier Extraordinaire Chris Silva." The panel and the attendees were also a diverse group. Due to COVID-19, the presentation was held via Zoom, and Commissioner Loo and her team had the additional hardship of delivering all MBCA baskets prior to the presentation. The day before the event, Commissioner Loo personally drove one of the baskets from Lamont to Tulare (93 miles one way) so that one of the panelists would have their basket in time.

Tulare County Judge Robin Wolfe and I were asked to speak about progress made in both Kern and Tulare regarding gender glass ceilings. We both agree that more needs to be accomplished in this area. In Kern and Tulare the gap appears to be greater in the private sector. However, in both Kern and Tulare County women have made significant strides in the government sector. In Kern County, the public defender, district attorney, county counsel, city attorney and presiding judge are all women. Judge Robin Wolfe noted that in Tulare County approximately 50% of the superior court bench is female, and approximately 33% of the bench is minority. The Kern and Tulare County Superior Courts are working together on the important issue of elimination of bias, and are sharing training programs and working on Elimination of Bias committees together.

Kern County Presiding Judge Judy Dulcich concluded the event by thanking Commissioner Loo and her team for a fun and educational event. Judge Dulcich reiterated that the Kern County Superior Court is committed to the goal of the elimination of bias from judicial proceedings and said she is looking forward to working with the MCBA and the KCBA/KCSC Elimination of Bias Committee on this very important issue. 