The risk of absolute product liability

The California Supreme Court will soon decide whether to review Johnson v. Monsanto, a product-liability case that spawned tens of thousands of similar lawsuits. 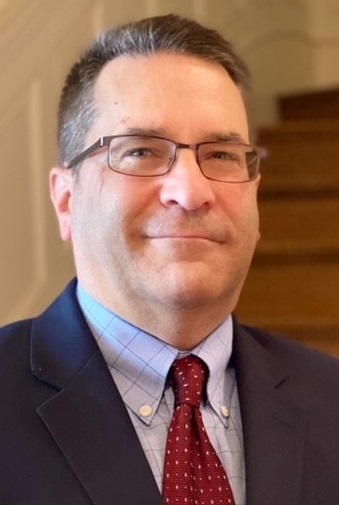 The California Supreme Court will soon decide whether to review Johnson v. Monsanto, 2020 DJDAR 7575 (July 20, 2020), a product-liability case that spawned tens of thousands of similar lawsuits. In Johnson, the California Court of Appeal affirmed that the manufacturer of Roundup, a herbicide containing glyphosate, was liable for plaintiff Dewayne Johnson's non-Hodgkin's lymphoma. Among the many reasons the court should grant Monsanto's petition, one stands out as especially critical for both manufacturers and consumers. The appeals court's standard for reviewing the jury's failure-to-warn decision threatens to transform traditional product liability into absolute liability.

In California and most every other state, to prevail in a product-liability action, the plaintiff need only establish that the defendant manufactured the product in a defective manner and that the product caused harm. The plaintiff doesn't have to prove the defendant failed to exercise reasonable care in preparing the product for sale. The judges that created this strict product-liability reasoned that manufacturers have a duty to sell non-defective products, and are best positioned to offer compensation for injuries, which they can distribute to the public as a cost of doing business.

Courts did not, however, intend to impose absolute liability. For instance, if the plaintiff's claim involves a defendant's failure to warn of a "known" product risk, the plaintiff must prove the risk was known or knowable in light of the generally accepted scientific knowledge at the time of sale. This is a sensible requirement. As the California Supreme Court reasoned in a 1991 decision, Anderson v. Owens-Corning Fiberglas Corp., "How can one warn of something that is unknowable?" 53 Cal. 3d 987, 1002 (1991).

That is the very question at issue in Johnson -- what risks were known or knowable when the plaintiff purchased Roundup? The prevailing scientific evidence at the time of sale gave Monsanto no cause for affixing a cancer warning to its product. Glyphosate was a highly regulated, carefully studied substance, and no regulatory agency in the U.S. or overseas had judged it a cancer risk -- and that remains true today.

At trial, the court allowed the plaintiff to introduce and rely upon evidence that became known only after Monsanto's sale of the herbicide to Johnson. That evidence included a "Monograph" on glyphosate published by the non-governmental International Agency for Research on Cancer, as well as parochial analyses of that report by Johnson's expert witnesses.

Even though the 2015 Monograph included no original research and was a hazard assessment based on theoretical levels of exposure rather than a true risk assessment based on actual human exposures, U.S. and foreign health regulators subsequently decided to reassess their research on the product. One regulator after another, in the U.S., Europe and Asia, reaffirmed the safe use of glyphosate-based herbicides. The trial court in Johnson, however, refused Monsanto's request to admit such information into evidence.

Instead of correcting the trial court's legal errors, the Court of Appeal affirmed the failure-to-warn verdict. The Court of Appeal essentially ignored the California Supreme Court's Anderson ruling and instead followed a known-or-knowable standard created by another Court of Appeal. That standard effectively reverses the burden of proof and forces the defendant to prove a negative: that the prevailing science demonstrated a majority view under which no risk of harm "existed in possibility" or was "capable of development into actuality." Under this standard, a plaintiff can arguably establish liability based on a single study, no matter how suspect, or a hired-gun expert's convincing spin of a minority scientific view.

The Court of Appeal's standard for what is "knowable" sweeps away the knowledge limitation on strict product liability and effectively forces all manufacturers to become no-fault insurers of their own products. As the California Supreme Court stressed in Anderson, "Strict liability was never intended to make the manufacturer ... of a product its insurer." 53 Cal. 3d at 994. One of the academic godfathers of modern product-liability law, Vanderbilt Law School Dean John Wade, wrote on this point, "How does one spread the potential loss of an unknowable hazard? How can insurance premiums be figured ... where the defendant is no more able to insure against unknown risks than is the plaintiff?" John W. Wade, "On the Effect in Product Liability of Knowledge Unavailable Prior to Marketing," 58 N.Y.U. L. Rev. 734, 755 (1983).

Absolute liability can drive important products off the market and deter manufacturers from developing new products. As two distinguished tort-law academics, Professors James Henderson and Aaron Twerski, explain, defendants facing absolute liability "can only charge the losses against earnings or capital, or go out of business." James A. Henderson Jr. and Aaron Twerski, "Doctrinal Collapse in Products Liability: The Empty Shell of Failure to Warn," 65 N.Y.U. L. Rev. 265, 274 (1990).

The loss of Roundup and other glyphosate-based herbicides would significantly increase the cost of crop farming and threaten food security worldwide.

Liability for failure to warn of unknowable harms can also lead to over-warning, a cure that can be worse than the disease. If manufacturers must cram warnings about every conceivable harm onto their product label or instructional literature, consumers will become numb to warnings in general, apt to ignore important information about actual dangers.

If the California high court allows Johnson to stand, strict failure-to-warn product liability could head down a destructive path. At a time when an abundance of uncertainties have already weakened California's economy, does the state really want to be known more for its tort-liability inventions than for the technological innovations of its business enterprises? 

$2B Roundup settlement modeled on other major cases

Plaintiff was entitled to future noneconomic damages measured by reasonable and realistic life expectancy, not life expectancy based on hope that he might miraculously live for dozens of ...