LA courts prohibit attorneys, clients from being within 6 feet of each other

Employment and labor attorney Toni Jaramilla said while she recognizes the need for social distancing, the problem with requiring attorneys to remain 6 feet apart from their clients, is that it makes it impossible to have confidential conversations.

Responding to concerns over a lack of social distancing in courthouse hallways, the Los Angeles County Superior Court issued a general order late Monday clamping down on public access to the court and prohibiting anyone who enters from approaching within 6 feet of another person.

The order requires members of the public to obtain prior permission to enter the court if they are not directly involved in a proceeding and strictly enforces social distancing in hallways and courtrooms, Presiding Judge Kevin C. Brazile announced Monday. It also restricts the number of cases that can be handled because of the social distancing requirement.

Monday's orders received heavy criticism from the National Lawyers Guild of Los Angeles' CourtWatch program and one of its legal fellows, Rebecca Brown. "This is mostly a toothless PR move and many of the rules mentioned in the press release were already in place," she said in a phone interview Tuesday.

Brazile's order also prohibits "all attorneys, litigants, witnesses and authorized persons from gathering with or speaking to anyone outside their household in courthouse hallways ... unless they can do so at least six feet apart from each other and while wearing masks over their nose and mouth."

Employment and labor attorney Toni Jaramilla said while she recognizes the need for social distancing, the problem with requiring attorneys to remain 6 feet apart from their clients, is that it makes it impossible to have confidential conversations.

"The provisions that Judge Brazile is putting forth in the order make sense. However, it should also take into consideration that attorneys have to have the ability to talk privately with their clients," Jaramilla said.

A private room is needed for attorneys and clients to discuss their cases safely and confidentially, Jaramilla said. "It's a tough decision and I also recognize that we are in a very unique situation in the world right now," she said.

Brazile's order stated: "Despite a general order requiring the use of face masks and social distancing mandates, attorneys, litigants and others routinely remove their masks and fail to observe social distancing while in our courthouses. The court finds that these new controls are necessary to maintain access to justice safely while balancing the right of public access to proceedings, freedom of the press and public health considerations during a pandemic."

The two most common concerns of attorneys and the court seem to be that cases are not being adjudicated fast enough and the courts are too crowded. These two concerns can be difficult to reconcile, Superior Court Communications Director Ann E. Donlan said in an email Tuesday.

"It is challenging to find the right balance between public safety and adjudication, but public safety, which includes bench officers, court staff, jurors, witnesses, attorneys, members of the public and justice partners, is the top priority," Donlan said in an email Tuesday.

Brown is a member of a court watchdog group called CourtWatch, which trains volunteers to observe and report about court proceedings in criminal courts in Los Angeles. Brown said she has received multiple reports of overcrowding and a lack of social distancing in LA courthouses.

CourtWatch has been especially vocal on Twitter, saying it received tips that several judges serving at the Stanley Mosk Courthouse in downtown Los Angeles, recently tested positive for COVID-19.

"We were anonymously contacted by a court employee, saying that several judges there tested positive for COVID-19," Brown said in the interview. "And so we shared that information on social media and then after that post, I was contacted by two public defenders, another court employee, and a friend of a judge who works there, who basically all confirmed what the public defenders shared."

Asked to respond, Donlan said on behalf of the court:

"The court does not comment on COVID-19 test results of bench officers or court staff due to personal privacy rights and statutory limitations." 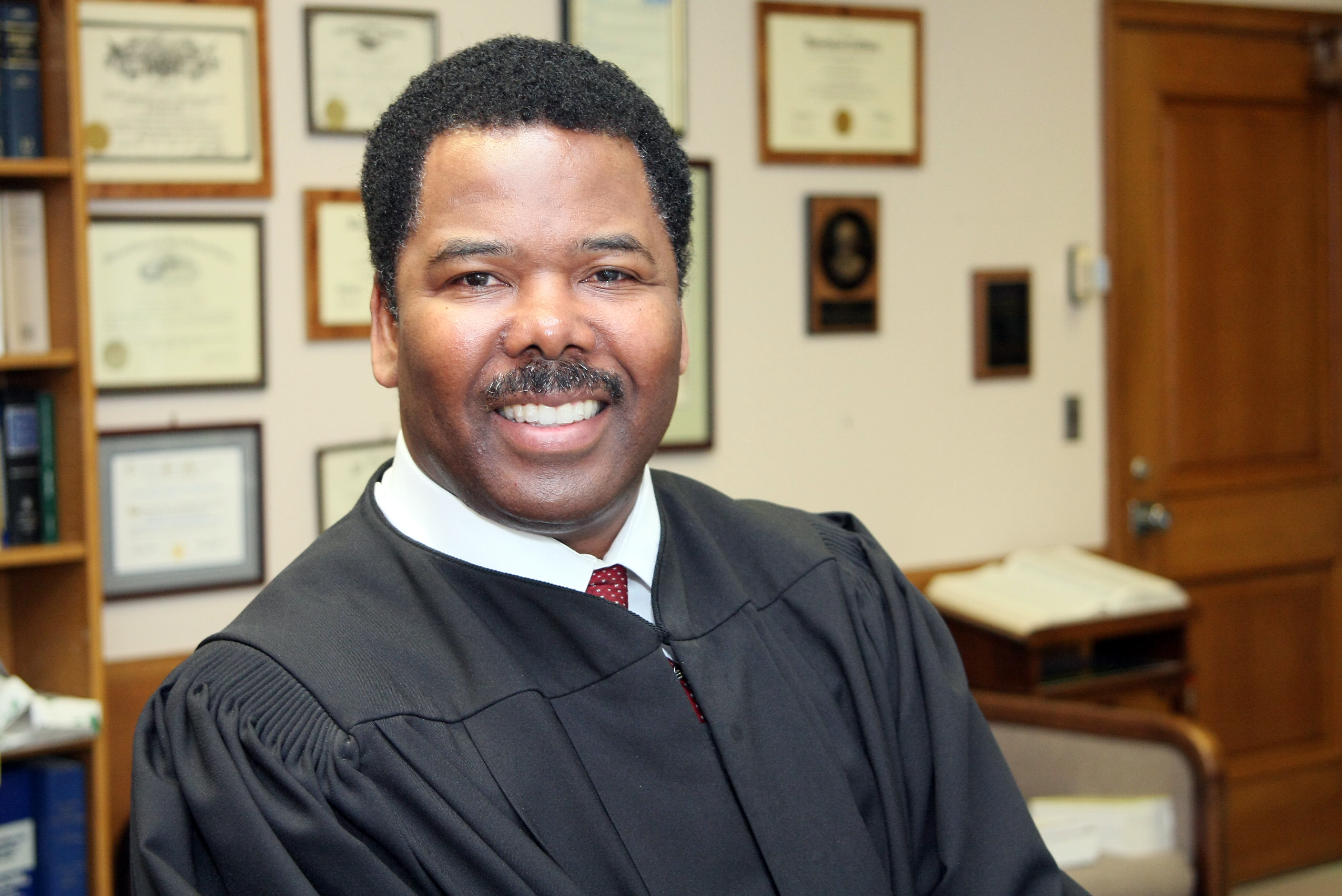