High court should require agencies to be transparent about decision-making

In a recent case the Supreme Court must grapple with a question of fundamental importance to any system of popularly accountable government: Can such a government keep its citizens in the dark about important aspects of official decision-making, without sacrificing its character? 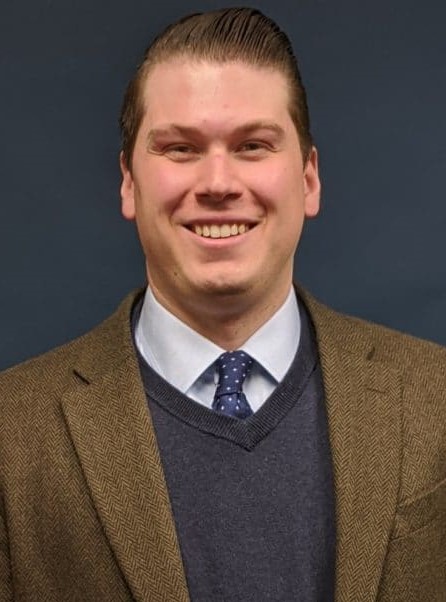 In a letter written late in his life to Kentucky legislator William Barry, James Madison warned that a "popular Government without popular information, or the means of acquiring it, is but a Prologue to a Farce or a Tragedy; or, perhaps both." In the context of the sprawling and often unaccountable modern administrative state these words have taken on special significance.

It is against this backdrop that the U.S. Supreme Court heard arguments last month in United States Fish & Wildlife Service v. Sierra Club. This case concerns the so-called "deliberative process privilege," an exception to the general right of public access to government documents under the Freedom of Information Act. In Sierra Club, the court must grapple with a question of fundamental importance to any system of popularly accountable government: Can such a government keep its citizens in the dark about important aspects of official decision-making, without sacrificing its character? As it was in Madison's time, the answer to that question remains a strong no.

The "deliberative process privilege" is a common law privilege which permits the government to withhold pre-decisional, deliberative documents from discovery in civil litigation. Although its common law lineage can be traced to England and the early American Republic, it was not until the mid-20th century that the federal judiciary rendered the privilege generally available in civil litigation. It was during this same period that Congress amended FOIA and codified nine exemptions to the general rule of disclosure. Exemption 5 incorporates the deliberative process privilege.

The dispute in Sierra Club originates in consultations initiated pursuant to Section 7 of the Endangered Species Act, which requires that federal agencies consult with the U.S. Fish and Wildlife Service and the National Marine Fisheries Service to determine whether a proposed regulatory action may "jeopardize" the continued existence of protected wildlife. Following such consultation, the Services issue what are known as "biological opinions," documents with significant regulatory consequences.

In 2011 the U.S. Environmental Protection Agency issued a proposed rule and initiated consultation with the Services under Section 7. After the Services had prepared near-final biological opinions concluding the rule would result in jeopardy to protected wildlife, they made a last-minute decision to revise the opinions, delaying official transmittal. Shortly thereafter, EPA amended its original proposal (largely in response to excerpts of the draft opinions), resulting in the Services issuing new opinions.

Sierra Club brought challenge to the final 2014 rule, and concurrently submitted a FOIA request for the unrevised biological opinions. When the agencies declined to disclose them, citing Exemption 5, Sierra Club sued. Although Sierra Club lost its merits challenge, it prevailed on its FOIA claim in both the district court and 9th U.S. Circuit Court of Appeals, before the Supreme Court granted review.

Throughout the litigation, the government has argued for the application of the privilege on the grounds the documents were never formally approved (via signature) and were never formally transmitted to EPA. Indeed, the government has seemingly taken the position that the privilege permits it to withhold influential documents, which clearly represented its final word with respect to a then-current agency proposal, merely because certain formalities were not completed.

The government's position in Sierra Club raises the question as to the continued appropriateness of the privilege. The principal rationale underlying the privilege rests on the belief that shielding deliberative materials from public scrutiny promotes candor among agency staff, who might otherwise feel constrained in rendering opinions in writing. But this rationale is inapplicable to the facts in Sierra Club, where the draft biological opinions were prepared with an understanding of finality and public availability, right up until the point at which they were sent back for revision. Thus, the dispute in Sierra Club at the very least demonstrates that the government's invocation of the privilege is often unmoored from the privilege's rationale.

Moreover, no empirical data supports the dubious assumption that government decision-making will somehow suffer by keeping the American people ignorant of what their public servants are doing. Quite to contrary, the quality of government decision-making is protected and enhanced by making the public fully aware of the process which led to the decision. Not to mention this is the only approach compatible with our system of government, which is underpinned by notions of popular accountability.

Sierra Club highlights questions about government accountability that have only intensified as the modern administrative state has grown. In deciding Sierra Club, the court must seriously scrutinize the rationale underlying the deliberative process privilege, the federal government's motivations for asserting it, and in particular the privilege's continued compatibility with our system of government. In 2016 Congress partially reformed the privilege by imposing a 25-year limitation on its availability. Sierra Club should signal to Congress that further reform of the privilege is a priority for any future amendment of FOIA. 