According to research published in March by the Center for Study of Hate and Extremism at California State University, San Bernardino, in 16 of America’s largest cities, including Los Angeles, San Francisco and San Jose, hate crimes against Asian people increased by nearly 150% in 2020.

When California Supreme Court Justice Goodwin Liu was in elementary school, his mother, an immigrant from Taiwan, would pack his lunchbox with fried noodles and other cultural food that still makes his mouth water when he thinks about it today.

But, he said, he never actually ate it. Each day after school, he returned home with a full lunchbox. He said his peers picked on him and made him feel embarrassed about what he brought to eat. He felt like he should have been bringing tuna sandwiches instead.

Speaking Friday at a virtual hate crimes summit hosted by San Francisco County District Attorney Chesa Boudin, Liu said although he didn't have the words then to describe what he was experiencing, he said it's one of his earliest memories of being the target of discrimination. And he said that discrimination has continued to lurk in his shadow throughout his life.

In high school, his peers called him "slant." He said he still sometimes receives compliments about how well he speaks English. He said he's been mistaken for the server at fancy receptions. And one senator, whom he did not name, told him when he was nominated for a federal judgeship that he didn't want a judge on the bench who "wanted to make America more like communist China."

Even though Liu said none of his discriminatory encounters have been violent, he said when "casual racism becomes part of our social environment," it creates a breeding ground for it.

"What precedes the violence, what underlies it, is really a set of social norms," Liu said. "And if it's normal to stigmatize or to dehumanize other people based on their race, we shouldn't be surprised, even if we are horrified, by some of the very tragic consequences that follow."

Liu's comments come as crimes against Asian American Pacific Islanders have spiked around the nation. According to research published in March by the Center for Study of Hate and Extremism at California State University, San Bernardino, in 16 of America's largest cities, including Los Angeles, San Francisco and San Jose, hate crimes against Asian people increased by nearly 150% in 2020, up from 49 in 2019 to 120, even though hate crimes overall decreased from 1,877 in 2019 to 1,773.

Boudin has taken heat in recent months from a group trying to recall him as hate crimes against Asians jumped in San Francisco from 6 in 2019 to 9 last year, according to the center. He was met with protesters outside the Hall of Justice last week when he decided not to charge a man accused of stabbing two elderly Asian women with a hate crime. But he said Friday it's not always a black and white issue.

"There's been an assumption that if the victim is Asian, that we should be considering hate crimes allegations based on an Asian identity," Boudin said. "It may surprise some folks that actually a couple of cases where we have filed hate crimes allegations involving Asian victims, the protected identity was not that they were Asian. The basis for the hate and for the targeting was not their Asian identity but rather their gender identity."

San Francisco Deputy District Attorney Xochitl Carrion, who prosecutes hate crimes, called them "a unique legal creature" because the burden of proof regarding intent is significantly higher than other crimes or enhancement charges.

Liu said this is one area where legal statutes have not caught up with the complexities of how and why hate crimes are committed.

"People experience implicit bias in lots of different realms," Liu said. "It is very hard to make that actionable under current legal standards, which focus generally on intent to discriminate. Intent can be very hard to prove, and implicit bias is something that's slightly more under the radar."

"We're all better off, it seems, if we can prevent and protect rather than simply respond and punish," he said. "And one of the challenges is just how do we do that? What effective measures can we as a society, we as a community, we as a government or law enforcement take to respond to and stem this surge in anti-Asian hate?"

Some panelists, including Angela Chan, senior staff attorney and policy director of the Asian Law Caucus, said the solution is not to double down on law enforcement but rather expand resources to fund community-based services, such as mental health care, an argument often made by proponents of the defund the police movement.

But for Liu, the solution is broader than that. He said while prosecutors and law enforcement play an important role in holding people who commit hate crimes accountable, structural change will likely not come from the law. Instead, Liu said hate crimes must be rooted out by a societal shift toward tolerance and acceptance.

"It is in the realm of culture, our social norms, our human relations," he said. "It is about what our leaders say, and what they should be saying. It is about how we are portrayed on television and in the movies and in art. It is what our teachers and our parents teach our kids, just like when I was a kid experiencing the school lunch problem." 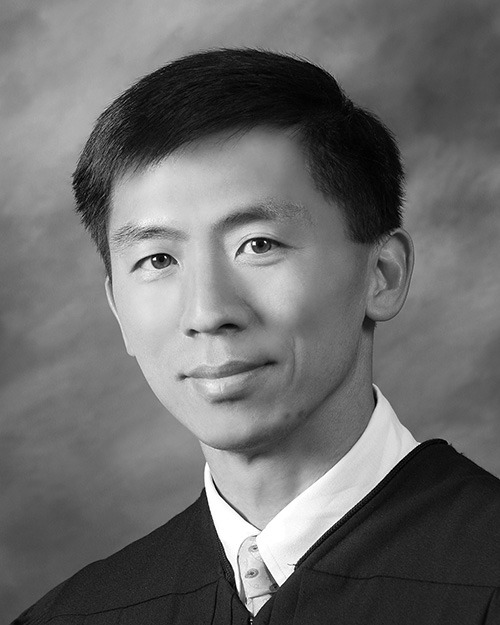