Granted clemency by Newsom but turned over to ICE. Why?

Last November, I was supposed to go home. I had served 17 years in prison for a crime I committed at age 20. I was granted clemency by Gov. Gavin Newsom on Nov. 10, 2020, because of the person I worked to become. 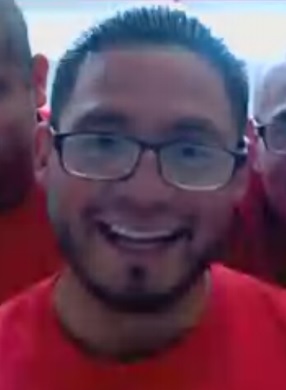 Enrique is a person who believes in equality, and an advocate for justice. He is currently detained at the Golden State Annex in McFarland, California, where he hopes to leave things better than he found them. He wrote this article with the assistance of Lisa Knox, legal director of the California Collaborative for Immigrant Justice, a statewide organization that uses coordination, advocacy, and legal services to fight for the liberation of immigrants in detention.

Last November, I was supposed to go home. I had served 17 years in prison for a crime I committed at age 20. I was granted clemency by Gov. Gavin Newsom on Nov. 10, 2020, because of the person I worked to become. In prison, I earned a college degree and became a certified drug and alcohol counselor. I helped craft self-help treatment programs, to support youth coming into prison, develop coping skills and overcome drug abuse. One day before my release, I found out I wouldn't be going home. Instead, on my release date, the state of California turned me over to ICE. Instead of going home to my family, I was detained at the Golden State Annex, a for-profit detention center run by GEO Group, Inc.

Every day in detention, my life and health are at risk. I have asthma, and could have serious complications if I catch COVID-19. Staff members cycle throughout the facility all day, without changing gloves or masks. In my dorm, I have seen staff members wearing their masks improperly, so that their noses are uncovered. I know that many of the staff refused the COVID-19 vaccine, and some staff told me themselves they won't take it. At times, outside construction workers have also been brought into the dorm where I live. I worry that these workers could also be catalysts in spreading COVID-19.

I also know that the horrid medical care and conditions at Golden State increase my risk of serious COVID-19 symptoms. Last year, a congressional investigation found that GEO's inadequate medical care resulted in poor outcomes and even caused deaths. I have seen this firsthand: when one of my dormmates starting throwing up blood, it took weeks for him to see a specialist who could diagnose his condition. We are also not getting nutritious meals. My meals are greasy and starchy, with no fresh vegetables. At times, cockroaches and flies were found in the food. Once, I was given spoiled milk. This poor nutrition is linked to chronic health conditions and higher rates of COVID complications and death.

During the COVID-19 pandemic, GEO's documented negligence and intentional lack of oversight have created deadly conditions in its California facilities. During an outbreak last year, more than half those detained at its Mesa Verde facility tested positive for COVID-19. Mesa Verde and several other California detention facilities remain under federal court oversight because of these failures. This issue is made worse by the fact that 90% of immigrants in California are held in private for-profit facilities, lacking the most basic levels of oversight.

Despite all of these horrors, the state of California continues to choose to send people into these dangerous conditions. Like me, most people in detention at Golden State were handed over to ICE after California's criminal-legal system decided they should be released into the community. Data collected by the California Collaborative for Immigrant Justice for 120 community members detained at Golden State shows that nearly 80% were detained by ICE upon their release from jail or prison. Instead of releasing them, state prisons and jails funnel immigrants into ICE custody for detention and deportation. The double punishment of sending immigrants to an ICE facility once they have served their time and been paroled is not only cruel, but discriminatory.

During the pandemic, these transfers have risked spreading COVID-19 throughout California's immigration detention centers and exporting the virus aboard. As of May 17, there have been 49,242 confirmed cases of COVID-19 in California prisons. Avenal State Prison, the prison with the highest number of transfers to Golden State, is also the prison with the highest number of confirmed COVID-19 cases. The bottom line is that California's participation in this detention pipeline not only endangers those who have served their time and have been granted release, but also enables the spread of COVID in the most vulnerable facilities in our state.

The COVID-19 pandemic has exposed what many of us already knew: detention is a threat to public health and safety. On the federal level, the Biden administration should continue ending detention facility contracts, prioritizing those that have the worst treatment or conditions. The administration should also immediately end government contracts with private immigration detention companies, as it has already done with privately operated criminal prisons.

California lawmakers can also support two bills that would protect the health and safety of immigrants facing detention and deportation. AB 937, the Voiding Inequality and Seeking Inclusion for Our Immigrant Neighbors (VISION) Act would ensure that like any other California resident, an immigrant who is eligible for release from state prison or local jail will be reunited with loved ones instead of transferred to a detention center. AB 263, the Health Oversight and Leadership in Detention (HOLD) Act, would clarify that all detention facilities must abide by public health orders and safety regulations. It would also empower local and state public health officials to issue public health orders for private facilities, informed by the latest information on COVID-19.

The medical neglect and inhumane conditions in California's detention facilities put our lives and the surrounding communities at risk. People in detention have families and communities that have felt the ripple effects of our absence. We must reimagine how to integrate, not incarcerate, people into communities. 