Service of process by email: A modest 21st century proposal

Every lawyer knows that filing a complaint in court is only the beginning of the litigation process. Like the opening kickoff for a Saturday afternoon football game, a case does not start until there is proper service on a party of the lawsuit with a court-issued summons providing notice of legal proceedings. 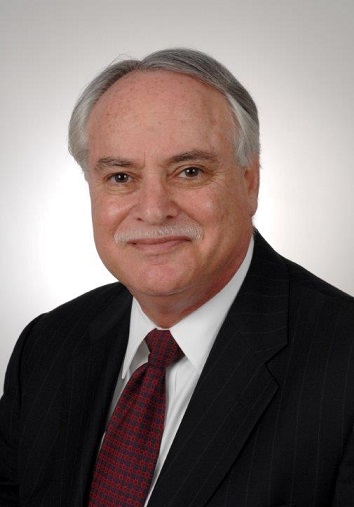 Judge Stern worked at the CRLA Santa Maria office from 1972 to 1975. He is chair of the Los Angeles County Superior Court Historical Committee.

Every lawyer knows that filing a complaint in court is only the beginning of the litigation process. Like the opening kickoff for a Saturday afternoon football game, a case does not start until there is proper service on a party of the lawsuit with a court-issued summons providing notice of legal proceedings.

Practically no attorney could name all the many statutory methods of service of process authorized by the California Code of Civil Procedure. Some procedures are so arcane that they might not have been used since the 19th century.

In the most common situations, process servers complete their task by personal or substitute service on a party. Sometimes requesting an acknowledgment of acceptance of service by the signature of an attorney or an agent or sending process by certified mail to out-of-state parties suffices. Obtaining a court order for service on the Secretary of State or by nailing on the front door and mailing notice in unlawful detainer cases also work.

When all else fails, attorneys often resort to service by publication in a "newspaper of general circulation." Using this procedure, counsel present declarations to a court demonstrating that they have diligently attempted service of process by other statutory methods and all has failed. With an adequate showing, a court may order the summons and complaint to be published for four consecutive weeks in a newspaper. If there is no timely response, a default may be taken after the statutory time has passed.

Service of process by newspaper publication is a time-honored manner of giving a party notice of a pending lawsuit. Too often, intended parties of service by publication are never informed that they have been served. In many circumstances, this antiquated procedure is no better than someone standing on a street corner wearing a sandwich board and shouting that a party has been sued and should timely respond.

Not only are the notices of service buried deep in hardly read parts of newspapers, the modern reality is that fewer people read the morning newspaper anymore. This is especially true for younger persons who often get their news from the internet on their cellphones. The daily legal newspaper is only read by attorneys and they seldom open the back pages.

In our world of technology, pretty much everyone has a cellphone and an email address. There is no good reason not to amend the Code of Civil Procedure to add email notice to the list of acceptable ways in which to notify parties that they have been sued. Where a party has a verifiable email address, such service could be authorized following court scrutiny and issuance of an order obtained in a process similar to a request for service by newspaper publication.

Such a 21st century procedural update would save tremendous costs and a lot of wear and tear on process servers chasing people around. It also would put many parties on notice of lawsuits about which they otherwise might never have known and better ensure that everyone has their day in court. 

Service of process: Sacrifice in the name of progress