Lawyers to the rescue of injured warriors and their caregivers

In a former life, Justice Eileen Moore served as a combat nurse in Vietnam in the Army Nurse Corps. She was awarded the Vietnam Service Medal, the National Defense Service Medal and the Cross of Gallantry with Palm. She is a member of Vietnam Veterans of America. Since 2008, she has chaired the Judicial Council' Veterans and Military Families Subcommittee. She is a member of the American Bar Association's Standing Committee on Armed Forces Law, is an advisor to the California Lawyers Association's Military and Veterans Committee and the Orange County Veterans & Military Committee as well as a founding member of USVets' Women's Advisory Committee. She is the author of two award-winning books, Race Results and Gender Results. 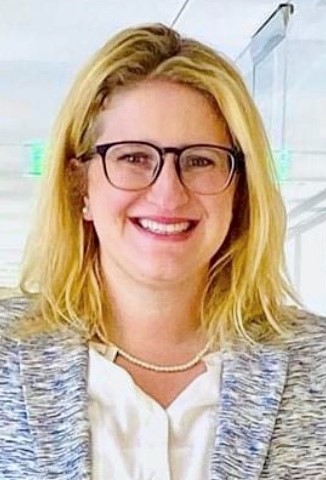 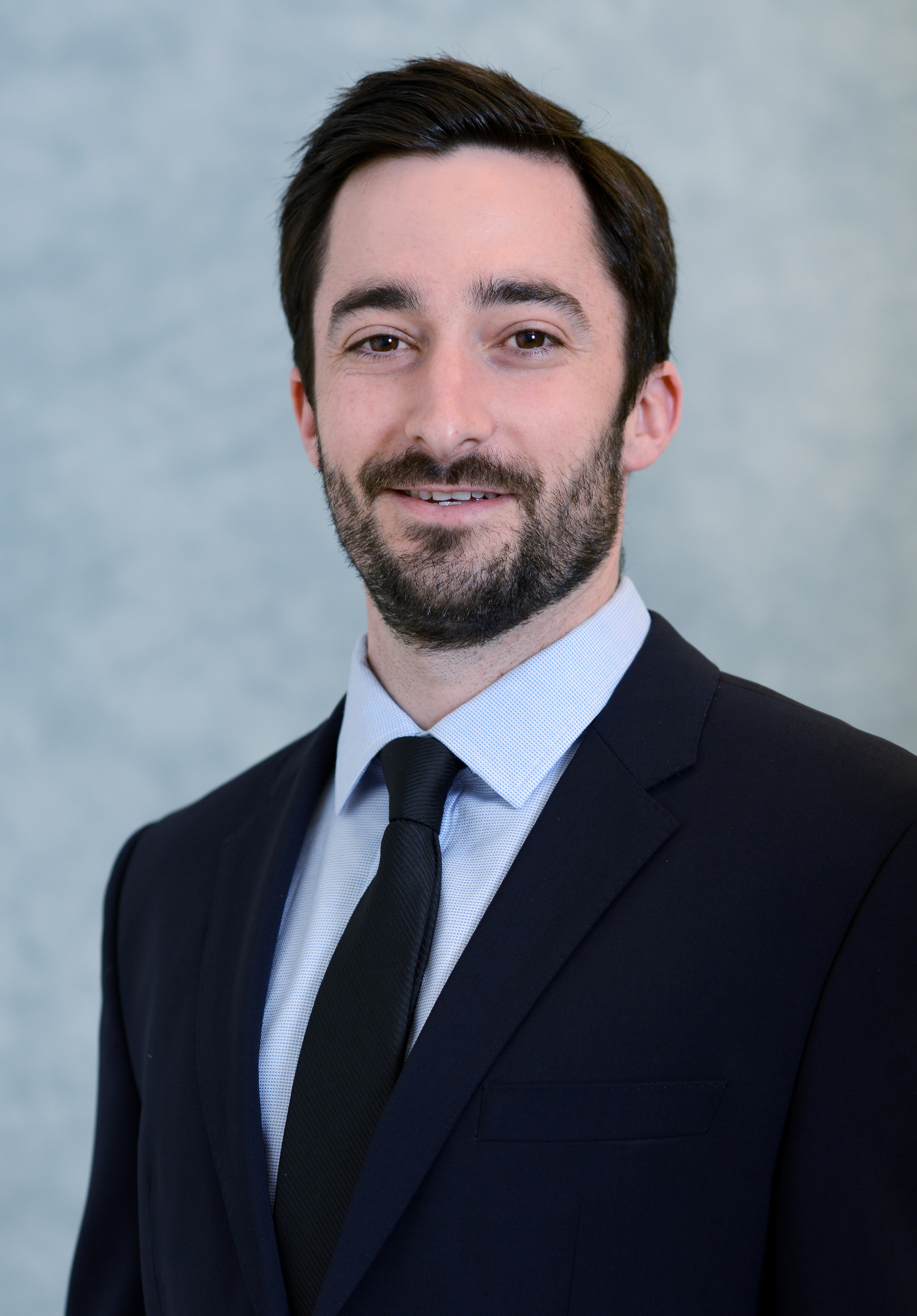 Several years ago, I attended a seminar given to explain a new federal program for caregivers of injured veterans. Almost all of the attendees were women. They all looked completely exhausted. A few were crying. Caring for severely injured combat veterans is exhausting. Besides medication and bandage changes, there can be care of a foley catheter or colostomy bag. Infections are always a concern, especially with stump care.

Family caretakers also have to get their loved ones to and from doctor appointments. That means transferring the patient in and out of a wheelchair and then in and out of a car. They must prepare meals, and sometimes assist in feeding. If the patient has nightmares, the caretaker may have to wake up in the middle of the night to calm and cuddle the veteran. In other words, the families of wounded veterans are always on duty meeting their needs.

If only the Department of Veterans Affairs would follow the statute. Alas, it turns out that legal representation is imperative to compel the VA to do what Congress has mandated.

The Caregiver Program is supposed to provide essential benefits to caregivers of seriously injured combat veterans to help the caregivers provide the most effective care to injured vets. Benefits under the program can include a monthly stipend, and physical and mental health services for caregivers. In addition, caregivers are provided instruction and support services so they can give high quality care to loved ones.

To qualify, the veteran being cared for must have served in the Armed Forces during specified periods and incurred or aggravated a serious injury, such as traumatic brain injury, psychological trauma, or other mental disorder. 38 U.S.C. Section 1720G(a)(2)(A)-(B). The veteran must need personal care services because of an inability to perform specified activities of daily living, a need for supervision or protection because of neurological or other impairment or injury, or a need for regular or extensive instruction or supervision to avoid serious impairment of daily functioning. 38 U.S.C. Section 1720G(a)(2)(C); 38 C.F.R. Section 71.20 (2020).

The 2014 GAO Study and the VA's Response

Often referred to as the congressional watchdog, the Government Accountability Office is an independent, non-partisan agency that works for Congress. In 2014, the GAO examined the VA's implementation of the Caregiver Program. The report states the VA significantly underestimated caregivers' demand for services when it implemented the program and needed to revise its whole IT system to accommodate the program. It appears that once the GAO brought to the VA's attention that it had underestimated needs for caregivers, the VA's way of dealing with the high demand for Caregiver Program benefits was not to just revise its systems. After the GAO report, the VA began denying benefit requests under the program. For those who had already been admitted into the program, the VA reevaluated and tossed many out of the program.

A law review article notes that certain VA facilities removed veterans and caregivers from the program at alarming rates. See 29 JLPOLY 1. NPR reported that in Charleston, South Carolina, the VA dropped 94 % of its caregivers in three years. Some contend the VA has denied almost 20,000 Caregiver Program requests for benefits. 2021 WL 1526226

To make matters worse, the VA also adopted a rule that barred any appeal of its denials of Caregiver Program benefits.

Until not long ago, the VA's denial of benefits was the end of the road for injured veterans. Because the VA makes its own rules, and since there was no judicial review of what it did from the time of the Revolutionary War until 1988, it luxuriated in isolation.

Finally, Congress established judicial review of the VA's decisions when it created a new federal court, now known as the Court of Appeals for Veterans Claims, in 1988. The CAVC has exclusive jurisdiction to hear appeals of decisions of the Board of Veterans Appeals, the highest internal VA tribunal.

For years, many providing legal representation to veterans have suspected the VA engaged in catch and kill tactics to avoid precedential CAVC decisions after it denied benefits to a veterans. The word on the street was that the VA would deny a veteran's claim all the way through its own internal processes. Then if the veteran had the wherewithal to appeal to the CAVC and waited in line for years to argue the case, the VA would settle just before the hearing. Voila... no binding precedent!

Recently, however, the CAVC began permitting class actions. So now the VA has class action lawyers nipping at its heels. Thus, when the VA decided no one who was denied Caretaker Program benefits could appeal, it wasn't surprising that a request for a class action was made to the CAVC.

What Happened to One Blind Veteran

Jeremy Beaudette, a Marine, completed five combat tours in Iraq and Afghanistan. He was medically discharged after he suffered multiple concussions resulting in traumatic brain injury, ultimately blinding him. He was found to be 100% disabled.

Jeremy and his wife Maya applied for benefits under the Caregiver Program as Maya cares for him full time. The VA found them eligible for program benefits. But in October 2017, the VA initiated a reassessment of their eligibility. At the time, Jeremy was just recovering from two major surgeries, so when the VA ordered an in-person examination, he asked for a delay. The VA denied Jeremy's request to delay the examination and went ahead with its reassessment based on his medical records. In 2018, the Beaudettes were informed they no longer qualified under the Caregiver Program.

The Beaudettes tried to challenge the decision. Citing Jeremy's not attending the in-person examination as the reason for its reassessment conclusion, the VA denied the challenge. They couldn't appeal because, as noted, the VA decided that decisions under the Caregiver Program could not be appealed.

California Lawyers to the Rescue

Amanda Pertusati is a supervising attorney with Public Counsel in Los Angeles. After growing up in a household where she watched her step-father's shoddy treatment by the VA, she has worked to help other vets maneuver through its bureaucracy. Over the years, she has assisted hundreds of veterans with legal issues, easing their way back into civilian life.

Pertusati was contacted by the Elizabeth Dole Foundation after the Beaudettes sought help there. Pertusati did what she could with her limited resources and then remembered the law firm Paul Hastings' pro bono program for veterans. Andy LeGolvan, a Navy veteran who served on the supercarrier USS Nimitz, now with Paul Hastings in San Diego, took the lead in representing the Beaudettes.

Last July, LeGolvan and Pertusati filed a petition with the CAVC seeking extraordinary relief. They asked the CAVC to permit them to appeal to either the Board of Veterans Appeals or the CAVC. They also asked for class certification of claimants who were denied benefits under the Caregiver Program and were then denied the right to appeal by the VA.

Success Before the CAVC

On April 19, the CAVC issued a writ of mandamus. It ordered certification of a defined class of all claimants who received an adverse benefits decision under the Caregiver Program, exhausted available administrative review and were not afforded the right to appeal to the Board of Veterans Appeals. The CAVC also enjoined the Secretary of the VA from denying Board review of future benefits decisions under the Caregiver Program.

Pertusati told the Army Times: "This decision will allow veterans and caregivers to finally voice the inconsistencies and errors they have experienced with the Caregiver Program. Veterans and caregivers will no longer feel helpless and hopeless, having to navigate within a framework that repeatedly insulates inaccuracies without proper due process."

Other Veterans Who Face Barriers

Blaine Sullivan suffered serious combat-related injuries after an IED explosion, resulting in traumatic brain injury, amputation of one of his legs and other injuries throughout his body. Blaine is in need of regular care to assist him in performing activities of daily living, such as bathing and eating. He and his caregiver mother, Stacey, applied for and received benefits under the Caregiver Program. But in 2017, the VA unexpectedly reassessed his eligibility and stopped providing caretaker benefits under the program. The Sullivans filed a Notice of Disagreement with the VA three years ago, but the VA went silent. Last September, they filed a petition for extraordinary relief in the CAVC. Vet. App. No. 20-6570

It gets worse. Chris Kurtz lost both legs, two fingers and had three pelvis fractures from an IED in Afghanistan. His wife, Heather, is his caretaker. Matt Lammers lost both legs above the knee and one of his arms in Iraq. His wife, Alicia, cares for him. Both veterans were told they no longer need caretakers and were thrown off the Caregiver Program by the VA, according to Public Radio reports.

Over the years, I have come in contact with many people who work at the VA. Every one of them deeply cared about helping veterans. But they must follow the rules they are given. Someone at the top is making those rules and deciding how to handle its litigation.

Theodore Roosevelt once said that "a man who is good enough to shed his blood for the country is good enough to be given a square deal afterwards." The VA's website says its mission is to fulfill President Lincoln's promise "To Care for him who shall have borne the battle, and for his widow, and his orphan." All injured vets and their families want from the nation they served is a square deal and for the VA to really fulfill that promise.

Let's hope the VA doesn't drag this out any further and keeps the government's promise by doing what it's supposed to do...helping our injured veterans! 