When the high court doesn’t respect voting rights: What can we do?

In Brnovich v. Democratic National Committee, a six-justice U.S. Supreme Court majority sent a message to the country: If you care about voting rights, don’t look at us. 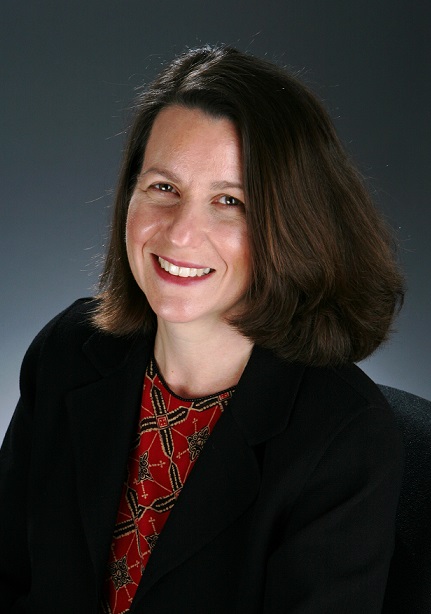 In Brnovich v. Democratic National Committee, 2021 DJDAR 6673 (July 1, 2021), a six-justice U.S. Supreme Court majority sent a message to the country: If you care about voting rights, don't look at us.

Anyone who was surprised hasn't been paying attention.

In April 2020, Wisconsin was preparing for its primary election. The pandemic was wreaking havoc on voters' plans. Confronting arguments that existing deadlines for absentee voting would unconstitutionally burden the right to vote, a district court entered an order extending the deadlines for requesting and submitting absentee ballots. An appellate court affirmed, but a five-Justice U.S. Supreme Court majority entered a stay, preventing the counting of ballots received after the original deadline.

The late Justice Ruth Bader Ginsburg dissented. She wrote: "Either [Wisconsin voters] will have to brave the polls, endangering their own and others' safety. Or they will lose their right to vote, through no fault of their own. That is a matter of utmost importance -- to the constitutional rights of Wisconsin's citizens, the integrity of the State's election process, and in this most extraordinary time, the health of the Nation."

Justices use phrases like "utmost importance," when they want us to pay attention; when they want us to take action. What RBG was saying last April was, in effect: Wake up. Even in an emergency, you cannot count on the court to protect voting. If you want to guard democracy, find another source of power.

Wisconsin was not a one-off. Seven years earlier, in Shelby County v. Holder, 2013 DJDAR 8199 (June 25, 2013), the court invalidated the preclearance formula of the Voting Rights Act, leaving jurisdictions with a lengthy history of discriminatory voting laws free to put new laws into effect without preclearance review of the Justice Department.

Advocates of voting rights consoled themselves that at least VRA Section 2, which broadly prohibits discriminatory voting laws, remained in place to provide an after-the-fact remedy.

Now, Brnovich arrives to tell us: not so fast.

At issue were Arizona laws invalidating votes cast in an unassigned precinct and prohibiting ballot collection for others, including members of one's own family.

Section 2 of the VRA says that states shall not impose or apply voting restrictions: "in a manner which results in a denial or abridgement of the right of any citizen of the United States to vote on account of race or color."

A violation is established if, "based the totality of circumstances, it is shown that the political processes ... are not equally open to participation by members of [a given race] in that [those] members have less opportunity than other members of the electorate to participate in the political process and to elect representatives of their choice."

The point of Section 2 was to focus on the practical, real-world consequences of state laws for minority voters.

In Brnovich, however, the six-Justice majority placed hypothetical opportunity over reality on the ground, elevating a variety of factors for consideration as part of the totality of the circumstances test that will make discrimination hard to prove. The tone and approach treat our nation's landmark civil rights law and the right to vote itself as matters lacking in genuine importance.

We learn that identifying practices that were standard in 1982 is "useful in gauging" whether voting systems today are equally open to all.

We can discount disparate burdens if alternative means of voting are available.

We are told that "mere inconvenience" and the "mere fact that there is some disparity," do not establish a violation of Section 2.

And we must count an asserted state interest in preventing election fraud as "strong," even without evidence of fraudulent voting.

Justice Kagan took up Justice Ginsberg's posture of dissent. For all the majority's statutory parsing, "one does not hear," and "[o]ne would never guess," the obvious. There is nothing "mere" about the Voting Rights Act. It was "monumental."

The question is, what can we do now?

First, we can all reflect on that question seriously, instead of giving up in the face of the enormity of the challenge. The point of democracy is that individuals can make a difference.

But we need more than what we learned in law school. We need organizing and leadership.

I don't mean the kind of organizing that allows us to better manage our email flow. I mean organizing the way civil rights leader and Harvard Kennedy School Professor Marshall Ganz defines it: "Organizing is leadership that enables people to turn the resources they have into the power they need to make the change they want."

And, I don't mean the kind of leadership that is predicated on bossing other people around. I mean leadership as Ganz defines it, which is, "accepting responsibility for creating the conditions that enable others to achieve shared purpose in the face of uncertainty."

An ounce of prevention is worth a pound of cure. We need organizing and leadership to create the social and cultural conditions under which voting rights won't be attacked in the first place, and to enact national legislation like the For the People Act and the John Lewis Voting Rights Advancement Act.

Lawyers, as guardians of justice and equality, have a special responsibility to protect democracy. But, we need to engage our resources beyond writing briefs and writing checks. Lawyers have networks. Lawyers understand the threat of authoritarianism. Lawyers know they can make a difference.

Here are some small steps each of us can take to help stop the erosion of voting rights.

We can treat democracy work as a cornerstone of your pro bono commitment. This includes voter registration and voter education serving underrepresented groups, including BIPOC voters, youth, and people with disabilities.

We can allow ourselves to be a signpost for democracy, letting others know about deadlines and logistics, sharing thoughtful endorsements, inviting our community to relevant events, and calling on elected officials, law firms, and corporate leaders to support pro-democracy reforms.

These are simple suggestions, and the specific way in which each of us gets involved will vary with the individual and her values.

But, if there is any salient lesson to take away from the Brnovich case, it is: we need to start taking action now. 