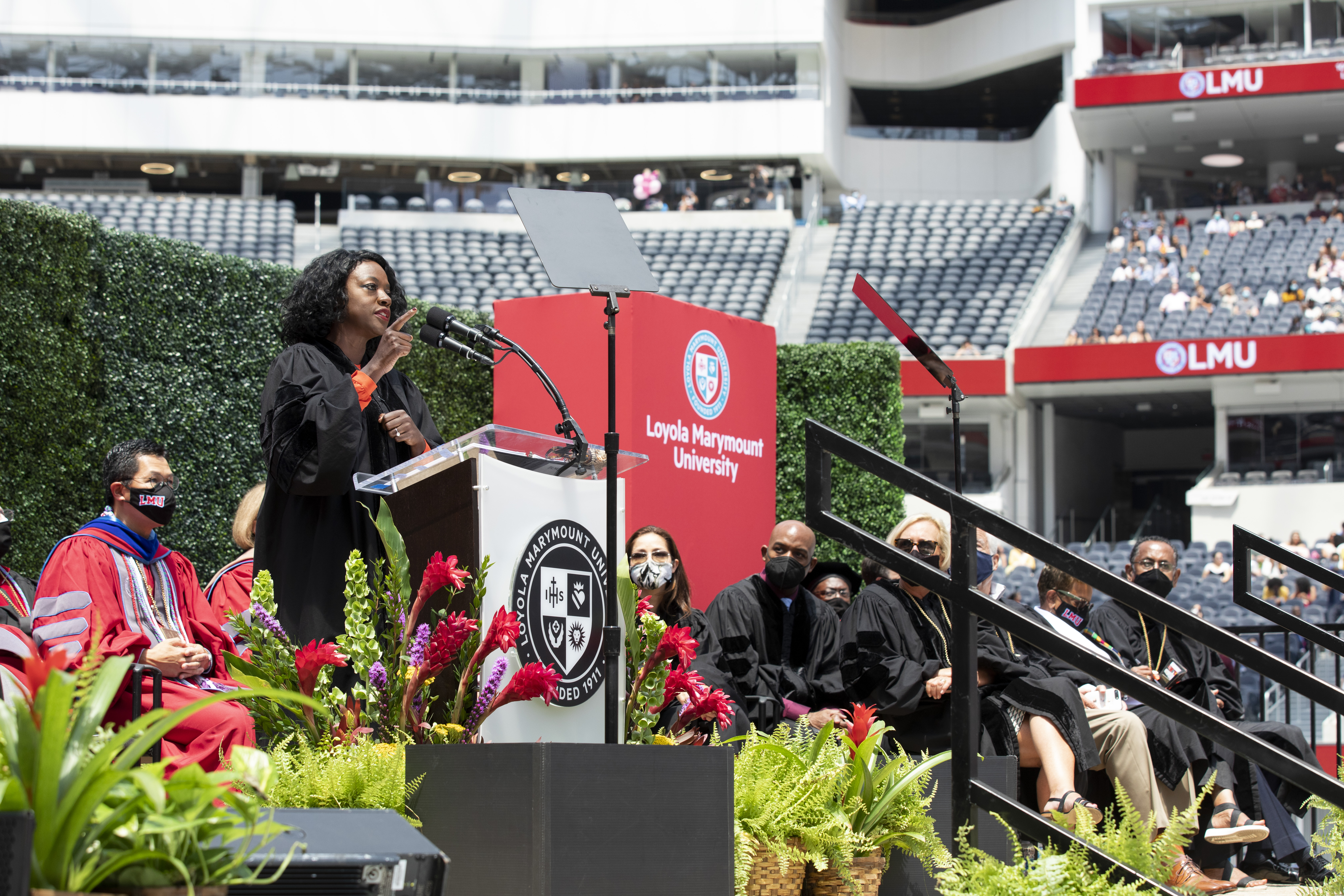 On July 31, Loyola Law School in Los Angeles held its first in-person graduation since 2019 with actress Viola Davis addressing the students. Davis won the Academy Award for Best Supporting Actress in the 2016 movie "Fences" and received an Emmy for her role as an attorney in ABC's "How to Get Away with Murder." She told the graduates about experiencing racism and how she pushed past adversity, and she urged them to embrace their accomplishments as well as their flaws. "Look at your truth this way: It will make you a warrior," Davis said. "Your truth is your legacy."