Antitrust reform has been a long time in the making

America’s longstanding antitrust policy is under fierce attack. What was once a relatively insipid area of law characterized by broad, bipartisan consensus has since turned into an intense battleground for ideological interests. 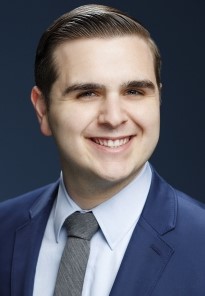 America's longstanding antitrust policy is under fierce attack. What was once a relatively insipid area of law characterized by broad, bipartisan consensus has since turned into an intense battleground for ideological interests. This growing tension has reached a precipice in recent months as President Joe Biden appointed several prominent progressive advocates including Lina Khan, Tim Wu, and Jonathan Kanter, to key positions of power where they have already started to radically change the United States' approach to competition enforcement.

Within less than a month of her appointment, Chair Khan hosted two meetings in which she and the other Democrat-appointed commissioners have completely altered the Federal Trade Commission's approach to antitrust enforcement. Among other things, these commissioners voted to gut FTC rulemaking procedures, overturn the FTC's longstanding practice of basing enforcement decisions on the welfare of consumers, empower individual commissioners to single-handedly initiate investigative proceedings, and reimpose burdensome merger restrictions in a number of additional cases, all within a time-span of a couple weeks.

Even more concerning, these decisions were made with virtually no input from the public. For both meetings, public comments were due less than eight days after the meeting was announced. And for the first meeting, comments were due immediately before the votes took place, meaning the commissioners had literally no time to actually review them.

But this isn't just some random coincidence or off-handed power trip on the part of an ambitious policymaker, it is the culmination of a decade-long effort to fundamentally reshape American antitrust. The "Neo-Brandeisian" or "Hipster" antitrust movement has been waiting for this opportunity for years.

Like its name suggests, the Neo-Brandeisian movement is more a repackaging of old ideas than a layout of new ones. Named after Supreme Court Justice and progressive advocate Louis Brandeis, the movement calls for a return to the early days of American antitrust when the law was unclear about what it was supposed to be achieving and was not yet focused on the welfare of consumers.

Rather than focusing on the protection of consumers, Neo-Brandeisians want antitrust to work to address a myriad of different social problems including the protection of competitors, the concentration of political power, income inequality, worker mobility, as well as a variety of other considerations. They also argue that antitrust enforcement has become far too lax in recent decades.

While there is no clear start to this movement, the origins of the Neo-Brandeisian camp can be traced back to a book published in 2010 by American journalist and lawyer, Barry Lynn. In "Cornered: The New Monopoly Capitalism and the Economics of Destruction," Lynn argued that a few dominant firms have accumulated a dangerous amount of economic and political influence in the United States and that this consolidation of power is, at least in part, the result of the Chicago School-influenced antitrust revolution that occurred throughout the 1970s and 80s. Building on the momentum of his book, Lynn helped launch the New America Foundation's Markets, Enterprise and Resiliency Initiative which would later become the Open Markets program. In 2011, an ambitious new policy analyst joined his team by the name of Lina Khan. Khan would later go on to become the legal director of the Open Markets Institute after it spun off as an independent organization.

In the years following Lynn's publishing of Cornered, this movement grew considerably and more scholars began to emerge questioning the efficacy and desirability of the consumer welfare focused approach to antitrust. Entire books were written on the subject. For the most part, however, this group was considered heterodox in broader antitrust circles.

That has changed over the past several years. Driven by increasing anger toward America's leading technology businesses and empowered by a shift in the Democratic party toward progressivism, this movement has made enormous strides when it comes to influencing the public conversation around antitrust. What was once a fringe group of antitrust reformers suddenly became some of the leading voices in the competition policy sphere.

Progressive politicians like Senators Elizabeth Warren and Amy Klobuchar began working with these advocates and parroting their rhetoric. In 2020, the House Judiciary Committee released a partisan antitrust report that reads like an Neo-Brandeisian's Christmas wish list. And just this year, several bills have been introduced in both the House and Senate that, if enacted, would implement many of the changes called for by the populist antitrust movement.

Surprisingly, however, most of the meaningful movement in this space has actually occurred through administration, not legislation. This is somewhat ironic given the Neo-Brandeisian claim that one of the main purposes of their movement is to preserve democracy. But whether it's done through regulation or, eventually, legislation, giving in to populist antitrust is an incredibly dangerous idea.

The consumer welfare standard was the result of widespread consensus in the 1970s that the FTC had been running amok and that the current approach to antitrust was hindering economic growth all the while doing nothing to protect consumers. In response, the United States adopted an approach to antitrust that was grounded in rigorous economic analysis and focused on one clear and coherent goal: the protection of consumers.

This approach has served us incredibly well over the past several decades. So much so that, up until recently, it received bipartisan consensus and was largely uncontroversial. However, the recent shift toward populist antitrust risks throwing all of this progress out the window.

Context-specific inquiries would give way to bright-line rules that prohibit broad swaths of what is actually procompetitive conduct. The welfare of consumers would take a back seat to a variety of other progressive concerns that are hard to pin down and even harder to actually measure.

The overthrow of U.S. antitrust may be in its early stages, but the Neo-Brandeisians have already made major strides. It's important to recognize it for what it is: not some emerging phenomenon driven by the newfound desires of American voters, but a long-planned coup occurring primarily at the hands of unelected bureaucrats.