Guidance for boardroom disputes in the courtroom

A recent appellate court opinion that is now certified for publication resolves some open questions about how membership interests in LLCs are valued under California law when a dissenting member is bought out. 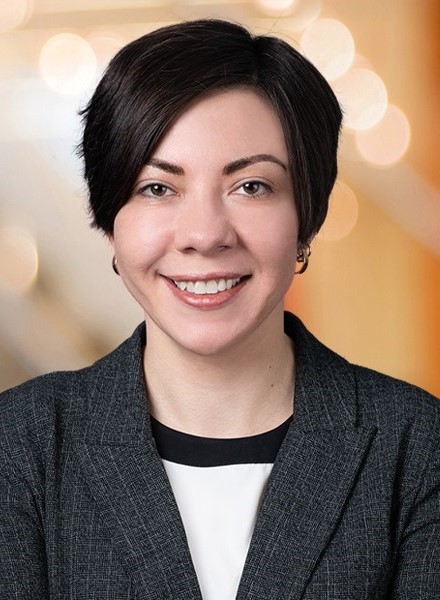 Whether a company's business is good or bad, disputes arise in the boardroom between business owners. Unfortunately, these boardroom disputes sometimes end up in the courtroom. Until now, when that happened, certainty was lacking regarding the available remedies and how they are carried out, particularly when the internal dispute arises in the increasingly popular form of business entity known as a limited liability company. A recent appellate court opinion that is now certified for publication resolves some open questions about how membership interests in LLCs are valued under California law when a dissenting member is bought out.

Is "fair market value" different from "fair value?" The legislative history does not shed any light on the difference between these standards or explain why California chose one standard for corporations and another for LLCs. Nor does it offer any methodology for assessing either value. So when a boardroom dispute ends up in the courtroom, the parties' lawyers, and the valuation professionals, must look elsewhere for guidance. One point of contention in statutory buyout proceedings is whether a discount for lack of control (DLOC) should apply to the valuation of the dissenting, minority shareholder's shares or a dissenting member's minority interest in an LLC.

Case law developed under Section 2000 holds that the "fair value" of a minority shareholder's shares in a corporation under section 2000 typically does not include discounts for lack of control or lack of marketability. The court in Brown v. Allied Corrugated Box Co., 91 Cal. App. 3d 477 (1979), interpreted the legislative intent behind that section as permitting the dissenting shareholder to receive the exact same amount per share in the buyout as the plaintiff would have received had the case been proven and the corporation dissolved. Moreover, because Section 2000 allows only the corporation itself or the holder of at least 50% of the voting shares to buy out a dissenting shareholder's shares, the Brown court reasoned "the rule justifying the devaluation of minority shares in closely-held corporations for their lack of control has little validity when the shares are to be purchased by someone who is already in control of the corporation."

Until recently, there was no appellate court precedent in California on the meaning of "fair market value" under Section 17707.03 and whether it is different from "fair value" as interpreted by the courts under Section 2000, including in Brown. Instead, parties to such disputes were left to litigate the meaning of Section 17707.03 in each trial court. Parties attempting to settle such disputes were also without guidance on this material element to the valuation of a dissenting members' membership interest. This made it all the more difficult for boardroom disputes to avoid the courtroom.

The recent 2nd District Court of Appeal decision Cheng v. Coastal LB Associates, 2021 DJDAR 9883 (Sept. 22, 2021), fills that void and ascribes different meanings to "fair market value" and "fair value." The Cheng court held that considerations articulated in Brown do not apply to fair market value of an LLC member's interest. Application of a DLOC to the valuation of a dissenting member's interest under section 17707.03 is proper when supported by substantial evidence.

The statutory buyout proceeding in Cheng involved an LLC, the primary asset of which was real estate. Bernice Cheng, a member with a 25% interest in the LLC, initiated an involuntary dissolution action, and two of the other members (her sisters, Caroline Cheng Jones and Diane Cheng) elected to buy out Bernice's interest. The appraisers valued Bernice's interest at $623,979, including a 27% "discount applicable to a minority interest." The trial court confirmed the appraisal. Bernice appealed arguing that the minority discount should not apply to the fair market value of her 25% membership interest under section 17707.03. Bernice argued the same rule should apply to LLCs and corporations, citing Brown's holding that a DLOC should not apply. The Court of Appeal rejected Bernice's argument and affirmed the valuation that included a DLOC.

The Cheng court distinguished Brown, holding that valuation standards prescribed under Section 2000 for corporate shares do not apply to membership interests in LLCs under Section 17707.03. In particular, the Cheng court held that a DLOC is proper when determining the fair market value of a minority membership interest in an LLC. In so ruling the Court of Appeal stated: "Fair market value includes discounts reflected in the market." "Had the Legislature intended to apply a 'fair value' standard to purchases of membership interests under section 17707.03, it would have done so expressly in the statutory language." Unlike fair market value, the Court of Appeal reasoned, fair value "does not consider market-related factors that could affect value in the particular hands of a specific owner" and "considers only 'the proportionate interest in a going concern.'" That is not a proper standard for valuation of an LLC interest under Section 17707.03, the Cheng court emphasized.

The Court of Appeal noted that California has largely adopted the definition of "fair market value" from IRS Revenue Ruling 59-60 that defines FMV as "the price at which the property would change hands between a willing buyer and a willing seller when the former is not under any compulsion to buy and the latter is not under any compulsion to sell, both parties having reasonable knowledge of the relevant facts." The Revenue Ruling 59-60 requires consideration of applicable discounts. The Court of Appeal concluded that application of a 27% minority discount to Bernice's interest in the LLC was supported by substantial evidence, including customary principles of appraising interests in real estate-holding entities and valuation studies involving restricted stock transactions.

Because this ruling is well-reasoned and consistent with cases decided in other jurisdictions, treatises, articles and rules of statutory construction, the authors -- who have had to litigate this issue without the benefit of Cheng's guidance -- concur in the result. But regardless of where one comes out on the virtues of this ruling, Cheng provides much-needed guidance regarding the available statutory buyout remedy in disputes involving limited liability companies. The publication of Cheng will help parties in such cases avoid unnecessary litigation over the DLOC issue in trial courts, reduce the burdens on appellate courts, and even assist parties in reaching settlements before resorting to court proceedings.

Cheng should result in fewer boardroom disputes ending up in our courtrooms and more certainty about appropriate outcomes when they do. 

Substantial evidence supported applying a 27 percent discount to the fair market value of an interest share of an LLC.