A pair of 9th Circuit cases will examine what the Constitution requires Congress to do when confronted with the present-day effects of systemic racism originating in the past. 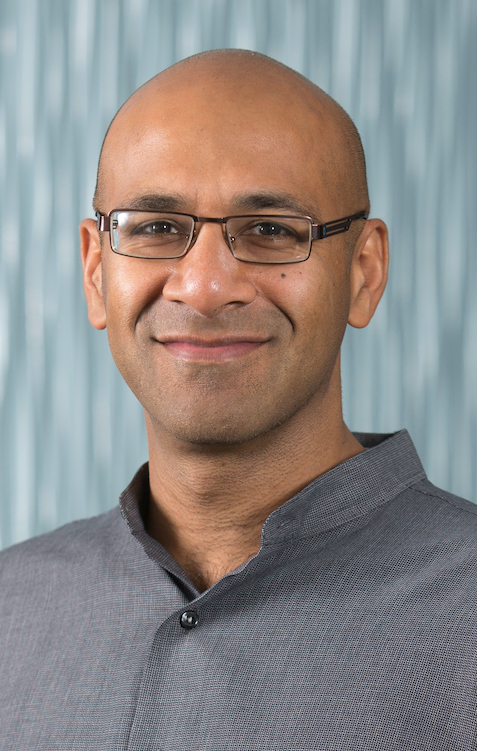 Professor and faculty co-director of the Center for Immigration Law & Policy, UCLA School of Law

The 9th U.S. Circuit Court of Appeals will soon consider a case raising profound questions about the role of structural racism in criminal-immigration enforcement. United States v. Carrillo Lopez, 3:20-cr-00026-MMD-WGC (D. Nev. 2021) presents a constitutional challenge to 8 U.S.C. Section 1326. That statute punishes illegal reentry after deportation, making it a felony punishable up to a statutory maximum of 20 years. Section 1326, along with its closely related (mostly) misdemeanor companion, 8 U.S.C. Section 1325, which punishes illegal entry, were briefly in the headlines several years ago, when the Trump administration adopted a "zero-tolerance" policy that separated parents from their children after prosecuting the parents for illegal entry and reentry when they arrived here to seek asylum. In the 2020 presidential campaign, Rep. Julian Castro called for the repeal of these statutes because of their role in the family separation debacle.

Although the illegal entry and reentry statutes have faded from the news, they remain extremely important. Long before the zero-tolerance policy, these two offenses were the most widely prosecuted crimes in the federal system. As my colleague Professor Ingrid Eagly has shown, illegal reentry comprises a shockingly large percentage of the overall federal criminal docket -- in 2020, one of every three federal criminal convictions of any kind was for illegal reentry after deportation. The Federal Bureau of Prisons operates several prisons built almost entirely to house these offenders. And 99% of those prosecuted were Latino.

Despite those stark numbers, the constitutional challenge presented in Carrillo Lopez focuses not primarily on how the statute operates today, but rather on the intent of those who enacted it. Congress first prohibited illegal entry and re-entry in 1929, during a period when white supremacist ideologues in Congress enacted several explicitly racist immigration laws. Eugenicists who believed in the inherent superiority of people from Northern Europe testified on the floor of Congress during this period. They advocated for the immigration quotas Congress enacted in 1924 to preserve the racial composition of the country as it existed in the 1890's, and then again for the passage of the illegal entry and reentry prohibitions enacted in 1929. The congressmen who voted for those laws saw them as necessary to ensure that Mexican "pigeons" on whom large agribusiness companies depended for cheap labor would not settle in the United States and "mongreliz[e]" the racial stock of the nation. See Brief for Amici Professors Kelly Lytle Hernandez, Mae Ngai and Ingrid Eagly, U.S. v. Refugio Palomar-Santiago, 20-437 at 15, 16.

That history matters because the Supreme Court has long held that statutes enacted or implemented with explicit racially-discriminatory animus violate the equal protection clause of the 14th Amendment. See generally Strauder v. Virginia, 100 U.S. 303, 307 (1880); Yick Wo v. Hopkins, 118 U.S. 356, 373-74 (1886). The Supreme Court applied that rule to the federal government in the 1950s. See Bolling v. Sharpe, 347 U.S. 497, 500 (1954). The modern incarnation of the doctrine is set forth in Village of Arlington Heights v. Metropolitan Housing Development Corp., 429 U.S. 252 (1977). Under that decision, courts analyze a variety of non-exclusive factors, including "contemporary statements by members of the decisionmaking body," to determine if a law was enacted with discriminatory intent.

The government appears to have agreed that the history of the 1929 statute manifested an intent to discriminate on the basis of race, but it has argued that the court should nonetheless uphold the statute because its history does not end in 1929. Congress re-enacted the illegal reentry statute in 1952, and in doing so made certain changes that, according to the government, cured the racism tainting the original statute.

But that argument has its own problems. Although the legislative history of the 1952 act does not include as much clear evidence of racist intent as the history from 1929, it is hardly a model of anti-racist legislation. A letter from the attorney general supporting the bill referred to people prosecuted under it as "the wetback." This was not unusual at the time. The same Congress that passed the 1952 Act enacted a bill referred to as the "Wetback Bill" just two months earlier. And while one government attorney apparently argued, in 2021, that the term "was not a derogatory term when Congress used it in 1952 because it was an 'accurate description' of Mexican immigrants whose backs were wet from having illegally entered the United States by crossing the Rio Grande River," courts have rightly rejected that somewhat shocking argument, recognizing that "wetback" is a "racial epithet" because "reducing an entire population to a fleeting condition of a subset of that population is precisely what makes the term a slur." Then there is the troubling fact that President Harry Truman actually vetoed the 1952 legislation because he objected to its racially discriminatory quotas -- originally enacted in 1924 -- that the 1952 Congress had chosen to continue. Despite the president's condemnation, Congress overrode his veto to enact the law.

Moreover, the changes enacted in 1952 made illegal reentry easier to prosecute. In particular, the 1952 amendments criminalized being "found in" the United States after having been deported, thus curing a venue problem that often arose because the Government had to transport criminal defendants to where they unlawfully entered (if it could even prove where the crime occurred).

While it is certainly possible that appellate courts could find that the Constitution prohibits enforcement of Sections 1325 and 1326 given this troubling history, they may also find the history insufficient to put the issue to rest. Although the core illegal entry and reentry prohibitions have not changed since 1952, Congress modified the statute in other respects on several occasions, including most recently in 1996. Although the evidence on the history from that period is far less developed thus far, it would be surprising if it contained comparably-explicit racism.

Ultimately then, these cases may well force the courts to grapple with what exactly the Constitution requires Congress to do when confronted with the present-day effects of systemic racism originating in the past. Must the legislature "actually confront[] a law's tawdry past" to cure it of its racist taint, as Justice Sonia Sotomayor suggested in her concurrence in Ramos v. Louisiana, 140 S. Ct. 1390, 1410 (2020)? Or does it suffice for the legislature to re-enact a law without any intent -- or knowledge -- of the motivations that informed its origin? The answer will have profound consequences for federal criminal law, the federal prison system, and perhaps more broadly for how the courts approach systemic racism that lurks elsewhere in our law, operating unseen, a force from the past that shapes -- or misshapes -- the present.