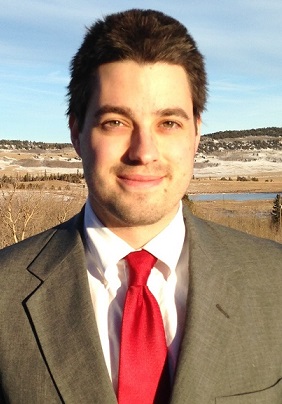 Firearms Policy Coalition is a nonprofit organization dedicated to maximal human liberty. FPC Law is the nation's first and largest public interest legal team focused on the right to keep and bear arms and related rights.

According to the text of the U.S. Constitution, as it is informed by relevant history and tradition, the Second Amendment protects an individual right to keep and bear an arm "in common use for lawful purposes." And those protected arms cannot be banned. Thus, in District of Columbia v. Heller (2008), the U.S. Supreme Court enjoined Washington, D.C.'s challenged ban on handguns because they are commonly used for lawful purposes, and therefore "a complete prohibition of their use is invalid." Importantly, while some dissenters noted that armed criminals prefer handguns and such data would justify the bans under interest-balancing tests like "intermediate scrutiny" (an atextual test fabricated by the judiciary), the court expressly rejected those and instead applied a test based on the Constitution's text, looking to history and tradition to inform its original meaning.

That criminals preferred handguns did not overcome the text of the Second Amendment itself. Nor did the handgun ban survive because of social science data. That is because "[t]he very enumeration of the right takes out of the hands of government -- even the Third Branch of Government -- the power to decide on a case-by-case basis whether the right is really worth insisting upon. A constitutional guarantee subject to future judges' assessments of its usefulness is no constitutional guarantee at all. Constitutional rights are enshrined with the scope they were understood to have when the people adopted them, whether or not future legislatures or (yes) even future judges think that scope too broad."

But the 9th U.S. Circuit Court of Appeals does not operate under that binding precedent. Rather, the court of appeals, in case after case, defies the Supreme Court and applies its own version of "intermediate scrutiny" -- a "deferential analysis ... indistinguishable from rational-basis review[,]" according to Justice Clarence Thomas -- and rationalizes its anti-Second Amendment policy preferences as necessary to achieve its preferred result. In all cases since the right to keep and bear arms was incorporated against states and local governments in 2010's McDonald v. Chicago, that preferred result has been the same: The challenged gun control law was upheld by the 9th Circuit.

In 2016, California banned the possession of so-called "large-capacity magazines" (those that hold more than 10 rounds of ammunition) through Senate Bill 1446 and Proposition 63, including those that were "grandfathered" in 1999's ban on importation and sale under SB 23. Two cases were filed in response: Wiese v. Becerra (E.D.Cal. no. 2:17-cv-00903-WBS-KJN) and Duncan v. Becerra (S.D.Cal. no 3:17-cv-01017-BEN-JLB). In Duncan, District Judge Roger T. Benitez applied the Supreme Court's Heller test, holding that California's ban was unconstitutional (and also finding it unconstitutional under the Supreme Court's requirements for "intermediate scrutiny"). Eventually, the state's appeal from final judgment was heard by a three-judge panel, which affirmed the district court's decision. Then, again leaving no pro-Second Amendment panel decision intact, the 9th Circuit did what it does in all such cases: It vacated the panel opinion and ordered en banc review. And, just as it has in every such case before, the en banc court reversed the pro-Second Amendment lower court judgment and used every obstructionist tool in its toolbox to rationalize the ban -- a ban that is unquestionably unconstitutional under the Supreme Court's precedents of Heller, McDonald and the 2016 decision in Caetano v. Massachusetts.

According to data, Americans own more than 115 million "standard capacity" firearm magazines capable of holding more than 10 rounds. They are commonly packaged with most new firearms and may be lawfully possessed in 41 states and under federal law. They are among the most popular arms in the country, and, under the Supreme Court's nomenclature, they are protected "arms in common use for lawful purposes." But that didn't stop the 9th Circuit from applying its watered-down "intermediate scrutiny." In Duncan v. Bonta, the en banc panel upheld California's prohibition on the possession of magazines holding over 10-rounds by a 7-4 vote. Despite Heller, the Duncan majority disregarded the Supreme Court's "common use" test, stating that "the fact that, among the magazines in circulation, approximately half" fall within the ban does not "alter our conclusion." Instead, after merely assuming that the ban implicates the Second Amendment, the majority applied the very type of interest-balancing that Heller forbade.

First, the majority considered the interests of law-abiding citizens. It concluded that the burden on Second Amendment rights was "minimal" because gun owners can still own other arms and because more than 10 rounds are rarely needed in actual self-defense situations. Moving onto the government's interest, the majority conceded that "mass shootings may be an irregular occurrence," yet "readily conclude[d] that reducing the harm caused by mass shootings is an important governmental objective." And although the magazine ban is an "imperfect" fit, the majority determined that it was reasonably enough related to the government's interest to uphold it.

In addition to interest-balancing Second Amendment rights, the Duncan majority defied Heller by considering factors Heller deemed irrelevant. For example, the fact that Californians can own other arms besides the banned magazines cannot serve as a justification for banning the magazines. Heller rejected the same argument for handguns, explaining that "[i]t is no answer to say ... that it is permissible to ban the possession of handguns so long as the possession of other firearms (i.e., long guns) is allowed."

Another inconsistency in the majority's analysis is its claim that the banned magazines "provide significant benefit" to "criminals who wish to kill many people rapidly," but "at most a minimal benefit" to law-abiding citizens. By exempting ordinary law enforcement officers -- who possess arms exclusively for defensive purposes and do not "wish to kill many people rapidly" -- California's statute concedes that the magazines provide a defensive benefit. Citizens require an adequate ammunition reserve just as much as law enforcement officers do.

How often common arms are actually used in self-defense is of no consequence to the analysis. The bizarre result of considering the number of defensive uses would be that the safer the country became, the less rights the people would have, because fewer arms would be used in self-defense. What matters under Heller is how commonly particular arms are kept by people for that purpose -- whether a court believes people select the best defensive weapon is immaterial. But the 9th Circuit took the decision out of the people's hands and placed it into the government's, violating Heller and the Second Amendment in the process.

Despite the en banc decision, the fate of California's unconstitutional magazine ban remains uncertain. There is a significant possibility that the Supreme Court will expressly invalidate the interest-balancing approach applied in Duncan when it decides New York Rifle & Pistol Association v. Bruen, likely next year. The court is also holding ANJRPC v. Bruck (aff'd sub nom. ANJRPC v. Grewal) pending Bruen. It seems likely that the court will grant, vacate and remand ANJRPC following its opinion in Bruen, though it certainly could grant plenary review. There is also a possibility that the Supreme Court will agree to hear Bianchi v. Frosh on the merits, a case brought by the Firearms Policy Coalition that challenges Maryland's ban on so-called "assault weapons." If so, this would almost conclusively decide how lower courts should apply the Supreme Court's test to bans on certain types of arms. Whatever course the Supreme Court decides to take, there will certainly be years of further litigation on California's bans on common magazines and firearms. And if the court maintains its Heller test, as it is likely to do, those bans should eventually fall. 

Oakland's inability to pay for an NFL team was not a direct result of the NFL's ultracompetitive pricing for its teams and it therefore did not have standing to pursue a Sherman Act antit...

District of Columbia's laws banning handgun possession and requiring lawfully owned handguns to be kept unloaded and dissembled are unconstitutional.