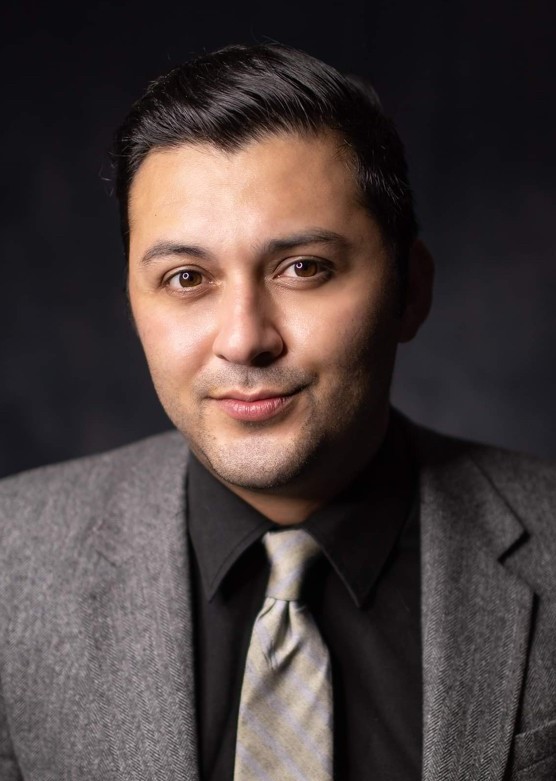 Andrew is a licensed attorney in the Commonwealth of the Northern Mariana Islands. He attended UCLA as an undergraduate student and USC Gould School of Law. He was born and raised in Los Angeles and is of Puerto Rican and Mexican descent. 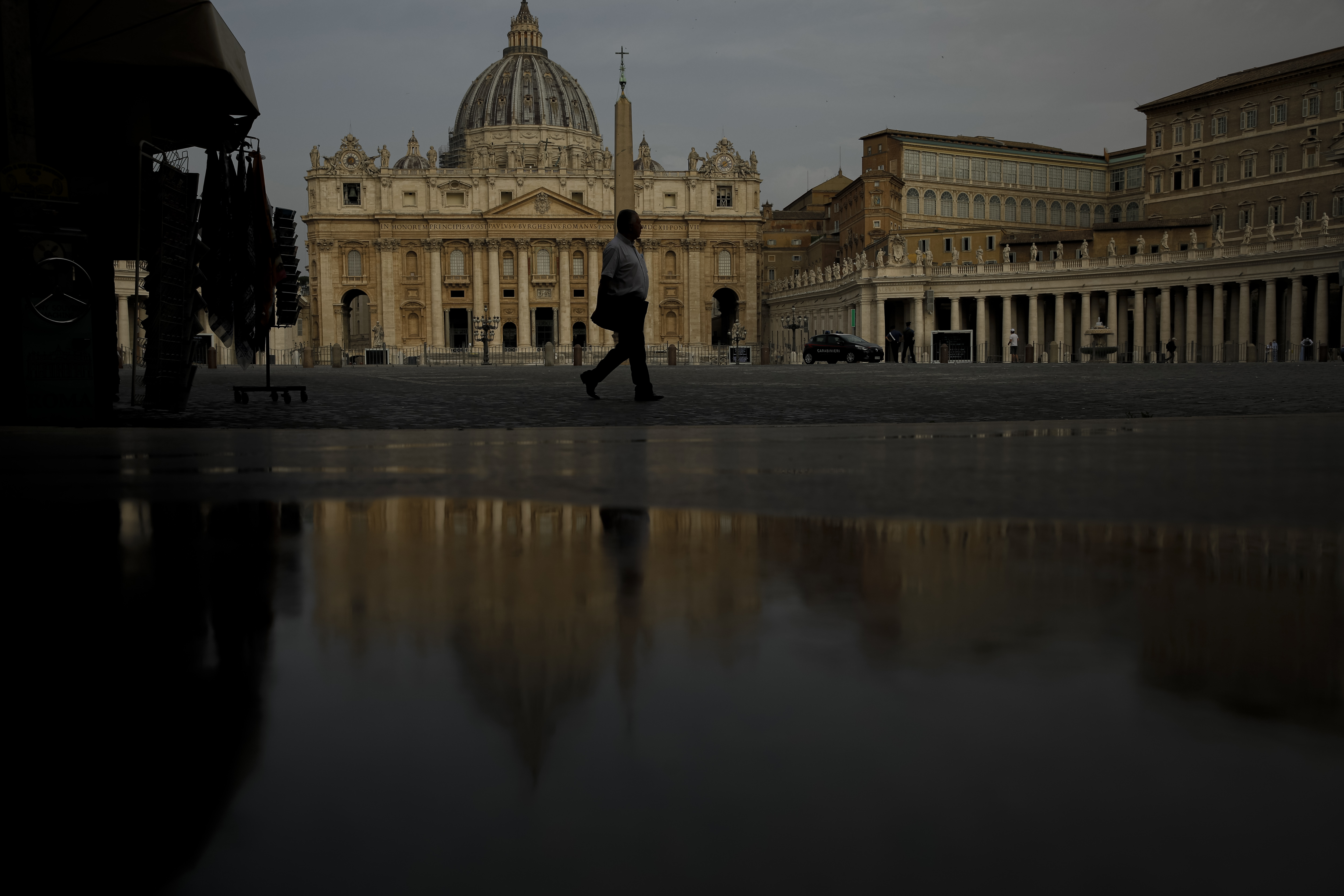 (Trigger Warning: This article contains scenes of rape, which may be upsetting to individuals who have experienced rape.)

At 14, Noah's parents "arranged to send [him from Saipan] to Guam" to "attend[] Father Dueñas [Memorial School] for the [1994-1995] School Year" to "advance [his] education." "One of the various sacrifices [Noah] and his family had to make was" for Noah (a fictitious name) to attend[] high school on weekdays and occasionally return[] to Saipan on weekends." Aside from the "one weekend out of the month" that Noah would "return to Saipan," "arrangements were made for [Noah] to stay with" the Archbishop of Guam "at his own personal residence" because "Father Due[ñ]as seminary did not offer boarding on weekends."

On his first weekend, Noah awoke to "the sound of the bedroom door opening." "He could see [the Archbishop] entering slowly" and making "his way to [Noah's] bed." The Archbishop "began touching himself" and "came closer." [Noah] could suddenly feel [his] hand up and down his thigh area." The Archbishop "did this many times" and "breathed as if he'd been running." The Archbishop finally "stopped," "removed his hand quickly," got "up, [and] then silence."

"Sometime late in the same evening or early morning, [Noah] awoke again, this time feeling [the Archbishop] on top of him." "It hurt," "[h]e couldn't move" and "was pinned down." Noah "yelled for [the Archbishop] to stop, but he kept thrusting into" him. After what seemed like forever, the Archbishop "stopped" and "left the room." For "approximately twenty-seven weekends" the Archbishop "entered the room where [Noah]" slept and continued.

In the years following, Noah was unable to complete law school or graduate school in the sciences. To forget about those 27 weekends, he abused alcohol. He suffered from sudden mood swings and became angry for reasons unknown. He went through a divorce and had difficulty making friends. Years later, he realized that these experiences stemmed from the sexual abuse he faced during those 27 weekends. This is when he decided to sue.

Normally, when seeking to serve a foreign state, practitioners look to the Hague Service Convection and the Inter-American Convention on Letters Rogatory. Yet the Holy See is not a signatory to either international agreement, so practitioners must effectuate service under Federal Rules of Civil Procedure Rule 4(j)(1) and 28 U.S.C. Section 1608.

Under Rule 4(j)(1), a plaintiff may serve a foreign state like the Holy See with a complaint. First, the plaintiff prepares a summons and presents it to the clerk of court to seal and sign. Then, the summons, complaint, notice of suit, and letters rogatory must be prepared in the official language of the country -- Italian in the State of the Vatican City. However, in the abundance of caution, these documents should also be translated into Latin, previously the official language in the State of the Vatican City. The plaintiff must also submit to the federal court copies of the translated complaint, summons, notice of suit, and letters rogatory with a prepaid, preaddressed envelope for the clerk of court to dispatch the documents under 28 U.S.C. Section 1608(a)(3). Then, the court executes the Request for International Judicial Assistance (letters rogatory).

Unfortunately, as litigants seeking redress for sexual abuse from the Holy See, the rejection of service of process through letters rogatory is not uncommon.

Practitioners who have represented survivors of sexual abuse have commented on the difficulty of effectuating service of process on the Holy See through letters rogatory. "The Holy see avoids service like the plague," said Marci Hamilton, founder and CEO at CHILD USA, a nonprofit academic think tank dedicated to ending child abuse, and counsel for sexual abuse survivors in federal courts in Oregon, Kentucky, and Guam. She continued, "[i]t pulls out every stop possible to avoid service. It avoids direct service by arguing that whoever is served is not the proper person. Serving the Holy See usually takes one to two years. The Holy See also requires that briefs be translated into an arcane version of Latin. And these cases are few and far between because it is often better for litigants to pursue a live claim against other defendants under state law."

Mike Finnegan, attorney at Jeff Anderson & Associates PA, a firm that litigated against the Holy See in federal courts in Oregon, Wisconsin, and Minnesota, mentioned similar issues of effectuating service: "In all cases we have handled so far, the Holy See hides behind laws to cover or conceal supposed child sex abuse. And it does so by, among other methods, changing the person who was supposed to be served by switching the head of foreign affairs in the Secretariat of State at the last minute. Service against the Holy See has taken up to two to three years to effectuate."

Michael W. Dotts, an attorney representing Noah against the Holy See in the federal court in Guam, echoed issues of effectuating service: "The behavior of the Holy See in avoiding service of process reflects their total approach to the victimization of children by priests -- they hide from it. We first served the Holy See by DHL, and they sent the package back without opening it. They knew it was a lawsuit."

Felecia Peavy, an attorney who represented survivors of sexual abuse in the Eastern District of Louisiana twice and in the federal court in Houston, Texas continued: "The Holy See does not accept service through mail and it never will. Despite the federal rules of civil procedure, which require plaintiffs to first serve by mail, the policy of the Vatican is to require official service through diplomatic channel to finally accept service of the complaint, summons, and other documents. Even effectuating service through diplomatic channel could take up to eight months."

Litigants are first required to serve the Holy See through letters rogatory, but when this process fails, the next method of service allowed is through diplomatic channel under the Foreign Sovereign Immunities Act. First, practitioners representing survivors must draft a letter to the clerk of court requesting service of process on the Holy See through diplomatic channels (i.e., through the U.S. Department of State). Second, counsel must file the request with the federal court as an Affidavit of Foreign Mailing. Third, counsel must provide the clerk of court with the following:

(1) One copy of the letter requesting service.

(2) One copy of the notice of electronic filing, confirming filing of the letter.

(3) Proof that service via letters rogatory under 28 U.S.C. Section 1608(a)(3) was unsuccessful. (In this case, proof that the Holy See rejected a DHL package would suffice.)

(4) Two copies of the summons, complaint, and notice of suit, and translations of all documents in Italian and Latin.

In addition, counsel must include a check to pay the $ 2,275 fee required by the U.S. Department of State for service through diplomatic channels.

Once diplomatic channels prove successful, the federal court will receive a diplomatic note from the Embassy of the United States to the Holy See, stating that it transmitted the above documents to the Secretariat of State to the Holy See.

Following receipt of this diplomatic note, litigants are generally met with a motion to dismiss for, among other reasons, lack of subject matter jurisdiction.

Andrew worked on service-of-process issues in the D.M. case as an associate attorney at Dotts Law Office.