Any comparison to three-dimensional chess, however, is insufficient by itself to illuminate the nearly unlimited facets of probate litigation. 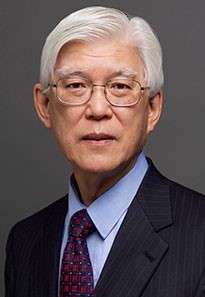 John has experience in a myriad of legal fields and disciplines adjudicating complex matters through trial and resolving them through alternative dispute resolution processes. Judge Sugiyama presided for 18 years on the Contra Costa County Superior Court. During the last nine years of his judicial career, he served as the supervising judge for the Probate Division.

“She is playing three-dimensional chess while everyone else is playing checkers.” This observation has been broadly applied to those engaged in competitive endeavors in which prestige or money may be at stake.

Elected officials embroiled in legislative battles and business leaders engaged in financial ventures not infrequently have the description included in reports of their initiatives. Attorneys credited with consistently successful outcomes through trial work and mediation advocacy similarly receive the same recognition. The characterization encompasses a perception of sustained superiority over opponents manifested by keen tactical insight and uncommon strategic foresight.

This comparison to chess has considerable appeal, both visually and conceptually, in any discussion of probate litigation. It applies comfortably to those who appear to be more adept and agile than others in the highly specialized areas of probate trials and mediations.

Probate litigation admittedly does not completely track the course of classical chess, in which the opening, the middle game and the end game follow a two-dimensional sequence, albeit of almost infinite variation. A better fit by analogy is to three-dimensional chess. In probate jurisprudence, the one final judgment rule does not apply. Different petitions may thus be filed to address various facets of a single dispute. The same persons may be parties in some but not all petitions. They may be opposed to each other in some proceedings. They may be aligned in varying alliances in other proceedings. All petitions need not be decided at a single trial. A favorable outcome achieved through a trial on one petition may be undone by the result in another.

Any comparison to three-dimensional chess, however, is insufficient by itself to illuminate the nearly unlimited facets of probate litigation. A broader description, encompassing a vision of multiple three-dimensional chess games played concurrently in an added dimension, may be more appropriate in our contemporary setting. A more nuanced perception of the attributes of the gifted probate litigator may thus also be warranted.

To achieve successful results consistently in probate litigation, attorneys, while excavating in depth the intricacies of in rem jurisdiction, must be capable of gaining advantage in the corresponding complexities of petition practice. They may orchestrate the filing of several petitions to encourage early resolution or to prolong movement toward trial. They may seize on fine distinctions, reflected in different petitions over the same fundamental sets of assets and interests, between estate-based and trust-related issues. They may introduce issues of conservatorship in disputes over the distribution of trust bequests. A demand for accounting may be the predicate step toward a subsequent petition for surcharge and restoration of estate or trust assets. A petition for removal of trustee remains a favored tactical measure.

Given the complexities that could arise in probate litigation, the ever-changing impact of multiple petitions, compounded by the involvement of different parties at varying times, has introduced another facet, in effect a notion of playing several three-dimensional chess games at the same time. The probate litigator consequently must be proficient at grasping the positions of pieces on boards for multiple games. The litigator may be playing the white pieces in some games and the black pieces in others. The litigator may be actively moving pieces on one board and merely contemplating options on another. The litigator thus must be comfortable in a multi-layered, three-dimensional realm.

Yet as appealing as the description may be, even the analogy to the simultaneous playing of multiple three-dimensional chess games is not sufficiently comprehensive.

The pandemic has changed the way in which attorneys must assess the tactical and strategic options available to them in probate litigation. Unexpected sequences of court closures followed by limited resumptions of access have had an adverse effect on caseloads. The probate, family and civil departments of the courts have been especially affected. They likely will need years to reduce the inventories of cases that have accumulated during the various shutdowns. Thus, the element of time, in effect a fourth dimension, has been introduced as a critical element in the assessment of success in the probate litigation matrix.

In mathematics, three dimensions, often denoted as coordinates x, y and z, are used to describe the location of a point: height, length and depth. In physics, a fourth dimension is incorporated to describe location: time. Hence, the term “point in time” is actually redundant. The concept of a point necessarily includes the element of time.

By loose analogy, this concept of a fourth dimension signifying the primacy of time must consciously be recognized in probate litigation. The litigator must be capable of evaluating the significance of pieces arrayed in three dimensions. But the litigator must also be nimble enough to visualize the movement of those pieces in multiple games over time.

Accompanying this fleeting sense of time, the probate litigator must also accept other aspects of uncertainty. The emotional willingness of the client to endure the time to trial, the financial ability of the client to sustain litigation to trial and the likelihood of the probate court ultimately fashioning a favorable decision after trial are but a few of these uncertainties. Hence, to retain some semblance of control in an ever-dynamic, multi-dimensional realm, the litigator must master both trial work and mediation advocacy.

Through the latter alternative to trial, issues of when to mediate and what to mediate are matters entirely within the discretion of the litigator. Of equal importance, other issues of whether to accept settlement and how to effectuate the terms of settlement likewise are decisions within the litigator’s discretion. All of these matters implicate the element of time and, more critically, an appreciation for the desirability of its control.

The truism holds in this respect that a dollar is worth more today than tomorrow. The corollary proposition is that a dollar that is definitely held in hand today is worth more than a dollar that may be dependent upon a favorable judgment that possibly may be obtained tomorrow. These aphorisms apply in myriad permutations in probate litigation wherein time assumes added significance for estate and trust beneficiaries due to their age. A beneficiary may not wish to forgo care that could be provided today in exchange for a potentially greater, but also uncertain, inheritance sometime later. Similarly, a beneficiary may have opportunities to use an inheritance today in ways that may not be available at an indeterminate later time. The ability to make these kinds of assessments over an array of different disputes may be compared favorably with an aptitude for four-dimensional chess. Accordingly, the mastery of probate litigation requires a capacity to function seamlessly and successfully in a multifaceted realm with time as one of the principal dimensions.