The degrading of the legal profession by mega-advertising programs

The airwaves, billboards, and internet, are now flooded with legal advertising – one result of which is to generate tens of millions of dollars of revenue for megafirms that plow a significant portion of that revenue into more and more advertising turning the legal profession into a kind of public shouting match. 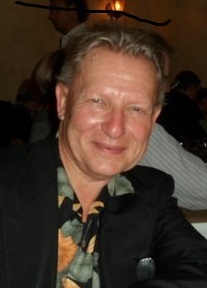 Greek and Roman tradition permitted only the parties to a dispute to appear before a tribunal. There developed a tradition where Sophists were permitted to appear for parties – those skilled in speaking and writing – for payment.

The English legal tradition began with clerics representing parties to a dispute, but when the Church forbade the practice, the tradition of barristers and solicitors was born.

The “esquires” of 18th century England saw themselves as part of a public calling, like their progenitor clerics, rather than members of a crassly commercial profession. And despite the capitalist nature of the new world, this attitude informed restrictions of the American bar well into the twentieth century – until Bates v. State Bar of Arizona anointed legal advertising in 1997 as “commercial speech,” constitutionally protected although subject to restrictions to avoid misrepresentations – a duty delegated to State Bars.

California’s restrictions on legal advertising are found in Rules 7.1, 7.2 and 7.3 of the Rules of Professional Conduct.

Having worked in personal injury and criminal defense, the crassness of legal advertising strikes a nerve each time I hear advertisements that declare “we win, not just fight,” or “friends don’t let friends go to jail” and other such vacuous puffery.

Many personal injury firms thrive on cases in which liability is not contested (there is no “winning” in the traditional sense of a courtroom proceeding), and after gathering documentation supporting a damage claim embark upon negotiations with the liable person or persons or entities or their insurers. Whether there is much to distinguish between one such firm or another is a moot point. Yes, “winning” can be rhetorically justified as a kind of advertising poetic license, i.e., “winning” in negotiations, but that is not how the public perceives it I suspect.

As for an attorney being a client’s friend who eschews jail for his bud, that borders on the ridiculous. The end result of the vast majority of criminal cases are preordained by the facts – although defense attorneys vary in quality and feistiness, whether the outcome of incarceration is a product of friendship between an attorney and her client is only bizarre to those in the profession.

Especially noisome is the exploitation of first DUI arrestees who pay thousands of dollars to retain private attorneys who obtain the identical result as if the person were to appear pro per – known as “standard first.”

There is a corollary issue, that of legal advertising pollution. The airwaves, billboards, and internet, are now flooded with legal advertising – one result of which is to generate tens of millions of dollars of revenue for megafirms that plow a significant portion of that revenue into more and more advertising turning the legal profession into a kind of public shouting match. The dignity of the profession which it could formerly claim is surely eroded by this practice.

The ballooning of advertising budgets has also given rise to attorney “brokers” who create an advertising program for a specific bandwidth of the practice, retain the bulk of the retainer fees, and have a list of attorneys – sometimes across the nation – who are referred cases at “wholesale fees” (to use their terms).

As a result there is a creeping inevitable watering down of expertise as these mega-advertising machines require more and more attorneys at less and less compensation – who are less and less skilled – to “man the oars” to plow through the caseloads, that can – in a given case - easily balloon out of control – beyond any ability to competently and conscientiously handle. The snowball effect ultimately degrades the quality of the practice while owners of these firms devote themselves exclusively to advertising – rarely engaging in actual representation – unconcerned with all but the absolute minimal requirements of legal representation – as that is the most profitable means of operation.