The Court found there was no reason based on any special foreseeability concerns to depart from the usual duty to exercise reasonable care on third party vendors. 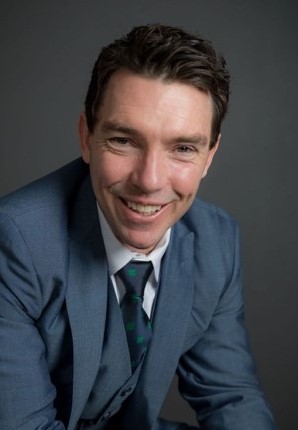 Is a third-party vendor operating at a shopping facility responsible for making sure the environment is safe for customers? Yes, according to a landmark ruling by the Fourth Circuit Court of Appeal, which overturned an earlier trial court decision.

Published on April 22, 2022, the Court of Appeal reversed Judge Richard E.L. Strauss’ granting of summary judgment in favor of defendant Club Demonstration Services (CDS). CDS is a vendor that provides samples to customers inside Costco stores. The Court of Appeal rejected Strass’ legal argument, finding that CDS’s “duty of reasonable care” under California law could not be limited to its contractually defined work area. Rather, the vendor’s duty extended to every area of the Costco store where customers could be expected to shop.

Here’s the background on the case:

On Oct. 19, 2018, Lilyan Hassaine shopped at Costco with her sister-in-law. On that evening, Costco had CDS vendors in the store providing samples to Costco customers. Video surveillance captured the incident. Hassaine entered an aisle, walking beside her sister-in-law, who pushed a shopping cart. At this time, no substance was on the ground.

The two women shopped and left the aisle. After leaving, a dark spot appeared near where the cart was located, signaling a spill. The video then shows a CDS and Costco employee walked past the dark spot without taking action. Less than seven minutes later, Hassaine and her sister-in-law returned to the aisle. The sister- in-law pushed the shopping cart past the spill. As Hassaine walked behind her with items in her hands she stepped near the spill and fell flat on her back. Her sister-in-law helped her up.

Hassaine sued Costco and CDS for negligence and premise liability. After conducting discovery, CDS moved for summary judgment, arguing it owed no duty to inspect or maintain the location where Hassaine fell. CDS’ lack of duty argument relied entirely on a Costco-CDS agreement that defines CDS as an independent contractor. The contract required CDS to maintain a safety area of 12 feet around each sample station, but Hassaine fell outside that 12-foot zone.

Hassaine opposed CDS’ argument, contending that the vendor owed its invitees a duty of reasonable care regardless of the CDS-Costco contract. After oral argument, the trial court entered an order granting CDS’ motion for summary judgment. The court stated that Hassaine could not establish that CDS owed a duty of care because she fell outside the 12-foot radius around the nearest workstation as defined in the contract.

In its decision reversing the trial court’s finding, the Appellate Court cited as legal precedent Danisan v. Cardinal Grocery Store (1957) 155 Cal.App.2ss 833 (Danisan). According to this precedent, CDS had a duty of reasonable care to Hassaine as a customer, and that duty extended beyond the company’s contract with Costco.

As a matter of law, CDS had an obligation to keep Hassaine safe by virtue of its “special relationship” with Costco customers, the court found. When a business holds its premises open to the public, the business owes a duty of care to those lawfully on the premises. That includes third party vendors, the court stated. An excerpt from the ruling reads:

“Although there is generally no duty to protect another from a peril the alleged tortfeasor did not help create, a well-recognized exception to this “no- duty-to-protect” rule applies to the special relationship that exists between a business and its customers. Accordingly, the question before us is whether CDS is part of the business enterprise – which by virtue of its special relationship to its customers bears an affirmative duty to protect them even if a third party created the peril – or is more akin to fellow Costco shoppers – who would owe no duty to warn even if they saw the liquid on the floor and could have prevented Hassaine’s fall. Framed in this manner, it is readily apparent that CDS was part of the business enterprise and thus owed Costco shoppers a duty of reasonable care to provide a safe shopping facility. It would be up to a jury to assess whether any given failure to protect by CDS was reasonable under the circumstances.”

The Court then discussed whether Rowland’s policy considerations provided a special reason not to impose a duty to act reasonably. The Court found none.

While the CDS-Costco agreement may allocate responsibility and liability as a matter of contract between those parties, it does not limit the scope of CDS’s common law duty to customers, the appeals court found.

“Simply put, CDS’s argument confuses two different legal theories that are based on distinct sources of legal obligations. The terms of an agreement can certainly affect the scope of a party’s obligation under a contract and its liability for breach. But the duty to use reasonable care arises not from contract, but from the common law of torts as codified in California in Civil Code section 1714. There is no legal basis to permit two participants in a business enterprise and potential defendants—here, CDS and Costco—to contractually limit between themselves the scope of the tort duty that one of them owes to a third-party plaintiff/victim who was not a party to the contract,” the appeals court wrote.

The Court found there was no reason based on any special foreseeability concerns to depart from the usual duty to exercise reasonable care on third party vendors. (However, concluding that CDS owes a duty of care to Costco customers does not automatically extend liability for a fall anywhere in the warehouse, the court noted). It is the province and job of the jury to evaluate whether CDS conduct was reasonable.

The remainder of the decision found there were triable issues of fact precluding summary judgment on the ground there was no breach of care and no causation. The Court wrapped up this opinion nicely:

“By virtue of its special relationship with Costco customers, CDS owed a duty of reasonable care consistent with Civil Code section 1714. Unlike customers who have no affirmative duty to protect their fellow shoppers, CDS (along with Costco) invited customers to use the public areas of the store as they looked at the merchandise being offered for sale and tasted the various samples being offered by CDS. CDS’s common law duty to Costco shoppers was not defined or constrained by CDS’s separate contractual agreement with Costco. As none of the Rowland factors warrant creating an exception to the general rule, CDS owed Hassaine a common law duty of care and the trial court erred in concluding otherwise.”