Trademark applications and the murky waters of subject matter jurisdiction 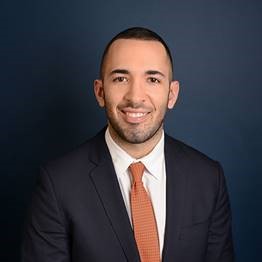 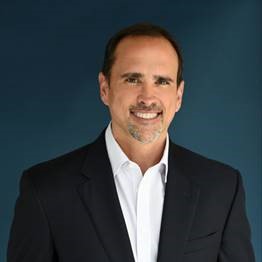 David Martinez is a partner at Robins Kaplan LLP where he handles intellectual property, business, antitrust, and class action litigation across a broad range of industries, and co-chairs the firm's Retail Industry Group. He can be reached at dmartinez@robinskaplan.com

Trademarks – word phrases, symbols, designs, or a combination of these things that identify one’s goods or services – are a cornerstone of American intellectual property rights. As the Supreme Court has noted, “[n]ational protection of trademarks is desirable … because trademarks foster competition and the maintenance of quality by securing to the producer the benefits of good reputation.” Matal v. Tam, 137 S. Ct. 1744, 1752 (2017).

The value of a trademark is underscored by the countless petitions filed by parties opposing pending trademark applications based on the likelihood of confusion with a registered mark. These proceedings are not usually heard before federal courts, but instead before the United States Patent and Trademark Office (USPTO). This is in part because federal courts generally lack subject matter jurisdiction over oppositions to trademark applications that have yet to mature into registrations. Theia Techs. LLC v. Theia Grp., Inc., Civ. Action No. 20-97, 2021 WL 29131, at *36 (E.D. Pa. Jan. 28, 2021) (“The general rule is that a court lacks subject matter jurisdiction to cancel a pending trademark application that has yet to mature into a registration”).

But this is not always the case.

The Southern District of Ohio issued a recent decision serving as an important reminder that some federal courts allow the exercise of jurisdiction over a claim to cancel a trademark application pending before the USPTO where two conditions are met: (i) the trademark applicant is a party to the lawsuit, and (ii) the trademark application is for a mark sufficiently related to a registered mark over which the court has jurisdiction. Nutramax Laboratories, Inc. et al v. Capital Pharmaceutical, LLC, 2-21-cv-03949 (SDOH Mar. 16, 2022). Citing 15 U.S.C. § 1119, and Cont’l Connector Corp. v. Cont’l Specialties Corp., 413 F. Supp. 1347, 1348-49 (D. Conn. 1976).

This has a few practical implications.

Just this happened in Nutramax. There, plaintiff Nutramax sued defendant Capital, alleging that Capital’s pending trademark for “Dosoquin,” a health supplement, infringed on its own registered trademark for “Dasuquin,” a health supplement for animals. In the same lawsuit, Nutramax also asked the court to cancel Capital’s trademark application for Dosoquin. Indeed, Capital, the trademark applicant, was a party to the lawsuit, and the pleadings demonstrated a close nexus between Nutramax’s use of its registered Dasuquin mark and Capital’s desired use of the Dosoquin mark.

While it is beneficial to bring all claims at once in federal court, the opposite can also be true. That is, it may instead make strategic sense to bring claims on two fronts – one before federal court and a separate opposition claim before the USPTO.

Take Universal Tube & Rollform Equip. Corp. v. YouTube, Inc., 504 F. Supp. 2d 260 (N.D. Ohio 2007), as a cautionary tale. There, the court granted plaintiff’s motion to dismiss a defendant’s counterclaim to cancel a trademark application because no registered trademark was even at issue in the suit. The defendant had, as the court put it, “failed to tie its claim to any existing registration.” Id. at 266-67; see also Zany Toys, LLC v. Pearl Enterprises, LLC, 2015 WL 404644, at *6-7 (D.N.J. Jan. 28, 2015) (noting that “some courts have found that federal courts may appropriately determine the registerability of an as-yet unregistered mark in an action in which a registered mark is involved as well,” but declined to do so because in that case there was “no registered mark held by either party.”).

The Nutramax decision and others like it mean that under certain circumstances, federal courts may hear claims seeking to cancel trademark applications. Practitioners on both sides of the “v” should take note of these opinions as they wade through the murky waters of subject matter jurisdiction.