The religious roots of the anti-abortion laws have been mentioned by our courts, but they have not been fully confronted. The fact is that the notion of protecting “potential life” is a religious idea – not a secular one. 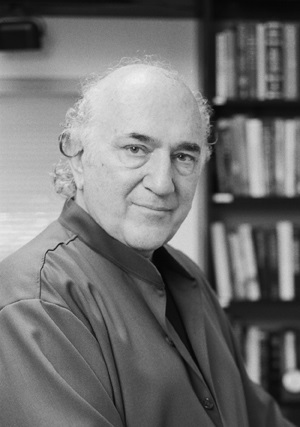 Rafael Chodos is a sole practitioner in Los Angeles

The embarrassing disclosure of the current Supreme Court’s incontinence problem, the leaked draft opinion in Dobbs v. Jackson, (S. Ct., filed June 15, 2020), has escalated the tone of the angry debate over abortion rights that’s been raging in our country for well over 70 years. When we re-read the opinions that came out during that time period, Griswold v. Connecticut 381 U.S. 479, 482 (1965), Roe v. Wade 410 U.S. 113 (1973), and Planned Parenthood v. Casey 505 U.S. 833 (1992), whether we agree with the holdings or not, we are forced to realize that the Supreme Court considered the issues from every angle, and took at least passing notes of every argument which we might find convincing.

But there are some points which the Court mentioned but does not seem to have evaluated sufficiently.

The debate seems to be framed around this question: Does a woman have an absolute and unqualified right to choose whether to abort her fetus? But isn’t this the wrong question? Instead, do we not first have to ask: What right does the State have to commandeer a woman’s body and force her to carry a pregnancy to term against her will, and turn her entire life upside down?

That is, before we focus on the rights of the woman, we have to ask ourselves about the legitimacy of the State’s behavior: What right does a State have to meddle in the woman’s life to this extent? The woman’s invaded liberty is not the “penumbral” right of privacy discussed in the cases. It is a basic liberty to control one’s own body and the course of one’s life [XIVth Amendment, Lawton v. Steele (1894).]

By what right can the State invade that liberty?

We are familiar with earlier cases which hold that an individual’s right to control his or her own body and the course of his life is not unlimited. In Jacobson v. Massachusetts 197 U.S. 11 (1905), the court held that the police power of the State gave it authority to require a free citizen to be vaccinated against smallpox, against his will and over his objection. Roe v. Wade mentions that case as well as the later holding in Buck v. Bell 274 U.S. 200 (1927), which authorized the sterilization of a “feeble-minded” woman, whose mother was feeble-minded and who had already given birth to one feeble-minded child, in order to protect society from having to deal with yet more feeble-minded offspring. And Jacobson points out that the State has the power to require its citizens to serve in the army, against their will. So the right of a free citizen to say to the State, “Keep your hands off my body and let me live my life as I see fit!” is not absolute.

But the State’s power to take over the person of a citizen arises only when the exercise of this sort of power is needed to protect the society at large. Smallpox was a legitimate concern in Jacobson, and war represents a threat to society which the State may take measures to deal with.

The religious roots of the anti-abortion laws have been mentioned by our courts, but they have not been fully confronted. The fact is that the notion of protecting “potential life” is a religious idea – not a secular one. Once we realize that the commandment, “Do not abort”, is really the commandment “Carry your baby to term” in disguise, we are forced to confront a major difference between religious law – that is, the law promulgated by the sacred-text religions which are dominant in the United States – and secular law. This difference has to do with the different purposes of these two bodies of law. For secular law, the overriding purpose is to avoid conflict – that is, to make sure that we do not step on each other’s toes; and if conflict does arise, to provide a remedy, a means of setting things straight. But for religious law, the ultimate purpose is to bring each of us, and the community as a whole, consciously closer to God.

There is some overlap between these two kinds of law. For instance, the religious laws against murder, bearing false witness, and stealing were probably part of the accepted code of secular law in the second millennium BC, and were included in the Ten Commandments to give that newly minted code a level of authority which it might not have had otherwise. The differences between secular and religious law are deep and subtle, and they are properly the subject of a different, much longer discussion. But we take the liberty of over-simplifying that discussion here. These different purposes lead to two major differences relevant to abortion.

Laws made by our government which claim to have moral substance are generally negative laws: laws that say “Do not...” Do not murder, do not lie, and so on. It is religious law that includes both positive and negative moral commandments: remember the Sabbath day, honor your father and your mother, go to church or synagogue at a certain time, recite this or that prayer. When the medieval scholar Moses Maimonides (12th Century) classified the 613 commandments mentioned in Five Books of Moses, which make up Jewish law (halacha), he listed 248 positive commandments and 365 negative ones.

Of course secular laws do include many positive commandments, like pay your taxes, dispose of your garbage properly, send your children to school, or support your dependents. Many positive commandments in secular law are conditional or instrumental: get a license if you want to drive; if you do drive, then drive on the right side of the street; get a permit if you want to build a house.

But if we could imagine a fictional society whose members are all isolated from each other – that is, who have NO interaction with each other – we would see that such a society would not need a system of secular law. For no one could step on anyone’s toes and no conflict could arise. And if there were a need for positive secular laws in such a society, it would arise only if the community undertook a common enterprise – such as fighting a war, or responding to a public emergency. Justice Alito appears to think that the anti-abortion laws are similar to other “health related” laws and should be subject to no higher scrutiny [Alito draft opinion pg. 11]. But the commandment “every viable fetus should be carried to term” is a positive commandment which is not instrumental, and which does not respond to any common emergency.

It is for religious law that positive commandments are necessary to elevate the faith of the community and its members. So even in the imaginary society we describe, religious law would have a role to play. This leads us to the second consequential difference between the two kinds of law.

b. Religious law concerns itself with private behaviors, while secular law does not.

A fundamental tenet of secular law is that the State has no right to intervene in the life of an individual except in limited circumstances. Intervention is justified only if that individual causes harm, or is likely to cause harm, to another, or if the community requires the individual’s cooperation in responding to a common emergency. But built into the codes of Jewish and Christian law is a readiness to judge how close each of us, and the community as a whole, is to God.

For these reasons, we should recognize anti-abortion laws as religiously motivated. And while they certainly do not violate the First Amendment, they do not belong in a system of secular law. The State’s passing these laws is similar to installing Christmas trees in the halls of Congress: while those trees would not interfere with anyone’s free exercise of religion, they would certainly constitute an improper identification with religion. And while anti- abortion laws are not quite the same as the posting of copies of the Ten Commandments in the County courthouse [McCreary County v. American Civil Liberties Union (2005) 545 U.S. 844] because abortion is not an element of the narratives underlying any particular “establishment of religion,” still we are dealing here with the separation of church and state. Not “freedom of religion,” but “freedom from religion.”

There is one more aspect of the abortion rights debate which the Court mentions but does not really delve into. Abortion is a procedure which usually requires the assistance of a third party – a physician, usually. For this reason the laws governing abortion can be compared with those governing suicide. In fact, there are laws against assisting suicide – laws which punish the third party, even a physician, who assists, rather than the person who dies. Those laws co-exist with laws affirming a patient’s right to refuse medical treatment. Those laws have been upheld as Constitutionally valid. See Washington v. Glucksberg (1997) 521 U.S. 702, Vacco v. Quill (1997), and Cruzan v. Director, Missouri Dept. of Health (1990) 497 U.S. 261 [hospital not required to carry out the instructions of patient’s parents to take her off life support]. So perhaps the State has as much right to punish those who assist in abortion as those who assist suicide.

However in the case of abortion, there is no harm to any living person other than the potentially living fetus but in the case of suicide, there may be harm to the decedent’s family and existing dependents. So the State may have a more justifiable interest in legislating against suicide than against abortion. Of course while laws against suicide may exist, they are seldom enforceable. And to the extent that they constitute a “positive commandment,” the commandment is merely “Live!” and not “Carry your fetus to term and turn your whole life upside down!” In this way, the anti-abortion laws are more intrusive, and less justifiable, than the laws against assisted suicide.

It is likely that with the further development of abortion medications, the role that third parties play in assisting abortions will eventually diminish. Of course, some of the anti-abortion laws seek to prohibit supplying such medications – but those laws have not yet been tested and may violate other Constitutional provisions.