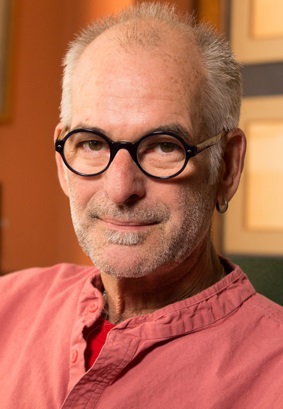 In Washington v. Glucksberg (1997), the Supreme Court unanimously held that physician-assisted suicide (PAS) was not a constitutionally protected right; thus, in a state where assisted suicide of any kind was illegal, even a physician who prescribed a lethal drug to a terminally ill competent adult to hasten a “humane and dignified death” had committed a felony. Despite language from Planned Parenthood v. Casey (1992) crafted to sustain a woman’s constitutionally protected right to choose abortion established in Roe v. Wade (1973), PAS was not among those “intimate and personal choices a person can make in a lifetime . . . protected by the Fourteenth Amendment.” In his closing thoughts for the Court in Glucksberg, Chief Justice Rehnquist opined that “Throughout our Nation, Americans are engaged in an earnest and profound debate about the morality, legality, and practicality of physician-assisted suicide. Our holding permits this debate to continue, as it should in a democratic society.”

In Glucksberg’s day, the State of Oregon was the first to legalize PAS with its ground-breaking 1997 Death With Dignity Act. Since then, nine additional states and the District of Columbia have followed Oregon’s lead, most notably California, which in 2015 enacted its version of Oregon’s law entitled the End of Life Option Act.

Justice Samuel Alito cites Glucksberg frequently and approvingly in his draft opinion in Dobbs v. Jackson Women’s Health that aims to overrule Roe, and for two reasons: first, neither PAS nor physician-assisted abortion (PAA) is a constitutionally enumerated right; second, neither PAS nor PAA have long and supportive histories that might otherwise allow for the inclusion of these choices within a category of protected but unenumerated constitutional rights the Court has determined to be “deeply rooted in this Nation’s history and tradition.” In Glucksberg, the Court cited “700 years of Anglo-American common law tradition” as evidence aplenty that suicide assistance for any reason is utterly unworthy of constitutional protection. Alito’s analysis of PAA in Dobbs parrots Glucksberg’s jurisprudential reasoning. Canvassing “eminent common-law authorities” as well as “English cases” stretching back to the 13th century, Alito finds no evidence for a “positive right to procure an abortion at any stage of pregnancy.” The historical record in this country speaks to a similar lesson learned: in Alito’s confident rendering, “Until the latter part of the 20th century, there was no support in American law for a constitutional right to obtain an abortion. Zero. None.” Unenumerated and without historical pedigree, Alito concludes that Roe was “egregiously wrong from the start,” and, consequently, because Roe owed its birth and forty-nine-year-old life to the exercise of “raw judicial power” wholly untethered to text, history, and precedent, “both Roe and Casey must be overruled.”

If the Dobbs opinion comes to pass, and, in Alito’s words, Roe’s “freewheeling judicial policymaking” that “short-circuited the democratic process” is jettisoned, Dobbs will be celebrated as a victory for federalism and sovereign state power to choose abortion rights or not; a victory more generally speaking, observes Alito, for a return of the abortion choice “to the people and their elected representatives.”

But Alito’s Dobbs is not a victory for state sovereignty or the ballot box. Alito’s draft promises different ends: his is a judicial celebration of “unborn human beings,” of “fetal life,” of “potential life,” of the “right to life.” From a right-to-life perspective, then, if Roe is overturned, doing so would have no impact, as Alito is careful to note, on Griswold v. Connecticut (1965) -- contraceptive privacy, Lawrence v. Texas (2003) -- sexual intimacy, or Obergefell v. Hodges (2015) -- marriage equality. The distinction with a difference? In Alito’s words, only abortion, hence only Roe, “destroys . . . ‘potential life’ . . . the life of an ‘unborn human being.’” Anchored in a right to life, accordingly, Dobbs is not Alito’s finish line -- it is his starting line, and both PAA and PAS are in his cites and sights.

The immediate post-Roe world that Alito describes in Dobbs is one where democratic forces once again occupy abortion’s center stage: public opinion is formed and is acted upon by representatives, lobbyists, campaigns, and elections. President Obama’s answer to Dobbs echoes exactly this same message, imploring people “to join with [pro-choice] activists,” to “vote alongside them,” to “volunteer with them on a campaign,” ultimately, to urge “Congress to codify Roe into law.” On May 11, 2022, as if on cue, Congress tried but failed to do just that in a bill entitled the Women’s Health Protection Act.

But let’s suppose for the moment that Congress does legislate into existence a statutory right to abort that mirrors the Roe-Casey “central holding,” namely, that states “may not regulate pre-viability abortions for the purpose of protecting fetal life.” Let’s further suppose that a challenge to the statute’s constitutionality is set in motion in federal courts, and that the Supreme Court agrees to resolve the issue. That Congress has the power to legislate abortion policy is settled constitutional law. In Gonzales v. Carhart (2007) the High Court held that Congress’ Partial-Birth Abortion Ban Act of 2003 was a valid exercise of its power “to regulate Commerce with foreign Nations, and among the several States.”

In Dobbs, Appendix A, Alito surveys state “statutes criminalizing abortion at all stages of pregnancy . . . existing in 1868,” and in Appendix B, a similar survey for United States territories between 1850 and 1919. In both instances, core statutory language is virtually identical; take Maine’s for example, from 1840: “Every person, who shall administer to any woman pregnant with child, whether such child be quick or not, any medicine, drug or substance whatever . . . with intent to destroy such child, and shall thereby destroy such child before its birth . . . shall be punished by imprisonment . . .” Impossible to fathom that an unenumerated constitutional right to PAA could be fashioned out of such an unambiguous prohibition duplicated for all practical purposes in every state and territory. “Deeply rooted in this Nation’s history and tradition”? For the Dobbs majority, Roe’s central holding is utter folly.

Is it possible, however, for Alito to read the same history for an entirely different purpose, namely to unearth a “deeply rooted” constitutional right that would make Congress’ statutory right to abort “repugnant to the Constitution?” Consider: If abortion is a “unique act” because it “destroys” or “terminates life,” and doing so has been a crime for over 800 years, Alito could contend that history has not only birthed a “right to life” but a right to life that is “deeply rooted.” In this scenario, Alito’s judicial discovery, happily for him, is unaffected by any hint of “raw judicial power” that was Roe’s fatal flaw. Thus, as supposed, if Congress nationalizes a statutory right to abortion liberty, Alito and his cohorts would contend that the Constitution’s “right to life” voids that statute. So, too, and for precisely this same reason, state statutes affirming Roe’s central holding would be torpedoed.

By this reckoning, Alito’s historical jurisprudence would portend a complete cessation of abortion rights – constitutional or statutory, national or state. In this way, then, Dobbs was only a victory “for the people and their elected representatives” until democratic forces use democratic institutions to violate enduring principles of American constitutional law – a Pyrrhic victory indeed.

Alito was wrong in claiming that “abortion is a unique act because it terminates life and that “[n]othing in this opinion should be understood to cast doubt on precedents that do not concern abortion.” Impossible to deny, physician-assisted suicide in search of a “humane and dignified death” also terminates life, a right that a growing number of states have codified. Now consider a constitutional challenge to a statutory right to PAS in light of the Court’s historical jurisprudence that saturates Dobbs. A 700-year-old tradition of opposition to assisted suicide for any reason speaks volumes not only in support of a “right to life” but to an anticipated judicial nullification of state statutes that legalize end-of-life choices. For Alito, in this way, PAA and PAS are both constitutionally repugnant. Again, a Pyrrhic victory “for the people and their elected representatives.”

Located at the constitutional core of both abortion and physician-assisted suicide are choices over life and death. “To be, or not to be” is the constitutional question of our time. In Alito’s world described in Dobbs, these choices are the Courts to make, and “to be” will surely Alito’s answer . . . be.