It is a reflection of 19th century values that Fremont was tried and convicted of disobedience, but not of genocide. 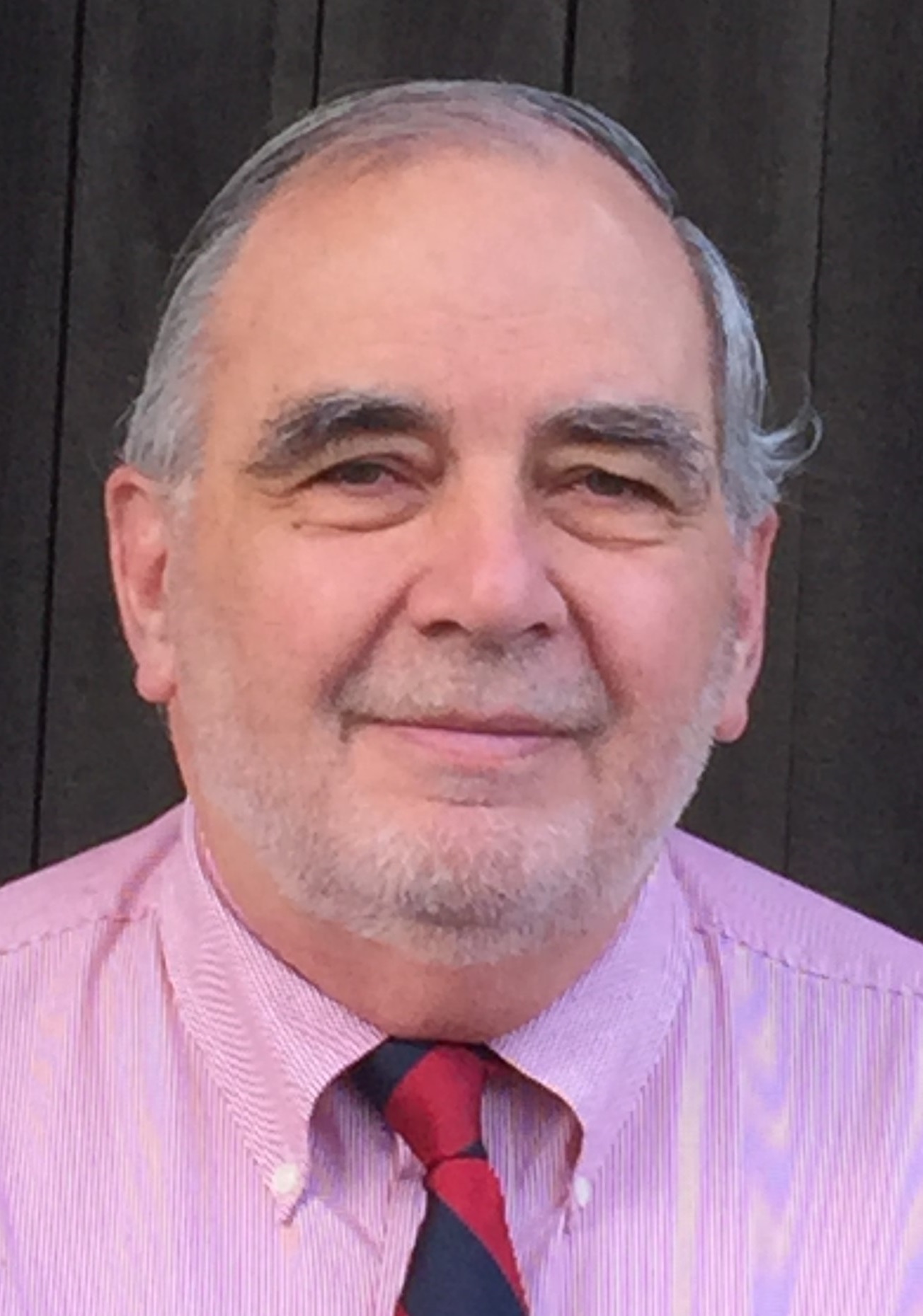 John is a Los Angeles-based lawyers and adjunct professor at Loyola Law School, Los Angeles, where his courses have included California Legal History.

When California became a state in 1850, John Fremont was its most popular resident. A military hero, he became California’s first United States Senator. Six years later, Fremont was the Republican nominee for President.

Today, California has largely forgotten Fremont, save for one city in Alameda County, a gated enclave in Los Angeles, and a handful of schools and streets.

Fremont was born in 1813 in Savannah, Georgia. His formal education was sporadic, but he had a knack for math and science. In 1838, he was commissioned a second lieutenant in the U. S. Army’s topographical corps. He distinguished himself in Appalachians and Midwest surveys and became an expert in wilderness exploration.

Fremont’s work brought him into close contact with Thomas Hart Benton, a U.S. Senator from Missouri. Benton served in the Senate for 30 years, chaired the Military Affairs committee, and was the leading supporter of America’s westward expansion. Benton was keenly interested in Fremont’s work.

Beginning in 1842, Benton obtained federal sponsorship for three U. S. Army topographical expeditions led by Fremont into the American west. The first expedition, in 1843, helped to map part of what became the Oregon Trail as far west as the Rocky Mountains. The resulting “Report of the Exploring Expedition,” co-written by Jessie Fremont, brought Fremont national fame and helped to encourage western settlement.

The following year, Fremont led his next expedition of 40 topographers, botanists, and other scientists. They explored the western half of the Oregon Trail to the Cascade Mountains of Oregon, which Great Britain then owned. From there, Fremont turned south, into California, which Mexico then owned, and mapped the eastern Sierra Nevada. He was among the first whites to see Lake Tahoe.

Fremont next crossed the Sierra Nevada and arrived at Sutter’s Fort, in modern-day Sacramento. Fremont met with American settlers who convinced him of Mexico’s weak hold on California. Once more, Fremont’s resulting report contributed to Americans’ knowledge of the West.

Fremont’s third – and most consequential – expedition began in 1845. Western expansionist James K. Polk had been elected U.S. President. Polk approved a 60-man topographical expedition to California, all of which was still owned by Mexico. Polk’s Secretary of the Navy gave Fremont secret instructions: if war began with Mexico, Fremont was to convert his expedition into a military force.

The expedition arrived at Sutter’s Fort in December 1845. No war had begun, but Fremont promised military protection to incite American settlers to rebel against Mexico. Fremont also met with the American consul in Monterey.

Mexican officials became suspicious of this activity and ordered Fremont and his men to leave California. Fremont agreed, but later reneged. He led his men south and, despite the absence of war, raised an American flag near Salinas. Facing a larger Mexican force, Fremont reversed direction and retreated north.

During this retreat, in April 1846, Fremont apparently received information that Native Americans were plotting against white settlers. Fremont ordered an attack on a nearby Native village near present day Redding, California. The result, in one Army officer’s words, was “perfect butchery.” While estimates varied widely, it appears that hundreds of Native American men, women and children were massacred. See Tom Chaffin, “Pathfinder: John Charles Fremont and the Course of American Empire,” 291 (2002); William I. Tustin, “Recollections of Early Days in California,” 7 (1880). Fremont’s men emerged unscathed.

The Army never investigated, much less punished, Fremont or any of his men for any of these killings.

Fremont and his expedition remained in California and in contact with American settlers, whom Mexican Californians referred to as “osos” (bears). In June 1846, 34 American civilians captured Sonoma, got drunk, raised a “Bear Flag” (later adopted as the state flag), and brought three Mexican officials as prisoners to Fremont’s camp. Fremont, lacking any information about war, disclaimed any responsibility for the Sonoma attack and turned away the Bear Flaggers.

It turned out that Mexico and the U.S. had declared war on each other the previous month, but the news was slow to arrive in California. When the news did arrive, U.S. Navy Commodore Robert Stockton was America’s senior military officer in California. He authorized Fremont (by then a lieutenant colonel) to form a California Battalion, composed of the topographical expedition plus volunteers such as the Bear Flaggers.

By September 1846, Americans had conquered California, occupying all of the major towns. In December of that year, U. S. Army General Stephen Kearny arrived with authority from the Secretary of War: “[S]hould [Kearny] conquer and take possession of … California,” then Kearny was to establish “temporary civil governments.”

In January 1847, Stockton rejected Kearny’s authority, because California had already been “conquered” by the time Kearny arrived. Stockton also purported to “suspend” Kearny and appoint Fremont as California’s governor and commander-in-chief. Kearny, in turn, refused to recognize Fremont’s appointment. Fremont, however, informed Kearny that he (Fremont) would obey Stockton’s orders, not Kearny’s. The Kearny-Stockton conflict grew so heated that Kearny agreed to stand down temporarily to avoid a possible “civil war.” Kenneth Johnson, “The Fremont Court Martial,” 36-46 (1968).

During this intramural command dispute, war had re-ignited between Mexican and American military forces in southern California, with the U.S. driven out of Los Angeles. In January 1847, U.S. forces retook Los Angeles, after which Fremont arrived on the scene. Mexican officers and Fremont – without either government’s authorization – signed the Treaty of Cahuenga, under which Mexican forces disbanded in exchange for U.S. protection of their lives and property and equal rights with Americans.

The arrival of a replacement U.S. Navy Commodore finally resolved the dispute between Kearny and Stockton. The new orders were that Kearny head California’s government and that Stockton be limited to naval matters. Fremont finally accepted Kearny’s authority, and Kearny ordered Fremont to accompany him to Washington, D.C. Fremont obeyed, but, in Kansas, Kearny had Fremont arrested.

In D.C., Fremont faced a court martial for mutiny, disobedience, and conduct prejudicial to good order, all related to Fremont’s refusal to obey Kearny in California. Fremont’s defense, led by his father-in-law, Senator Benton, questioned Kearny’s authority. In January 1848, the court martial found Fremont guilty of all charges and ordered him discharged. Id., at 76.

President Polk reviewed the matter and reversed the mutiny verdict (while reaffirming the other convictions) and ordered Fremont’s reinstatement. Fremont, however, believed that he had been unjustly convicted and resigned from the Army and returned to California.

It is a reflection of 19th century values that Fremont was tried and convicted of disobedience, but not of genocide.

As for Fremont himself, the court martial enhanced his popularity, because Californians believed that it had been unfair. Hence, the California legislature selected Fremont as the state’s first U.S. Senator. However, Fremont’s antislavery views in the Senate were unpopular with pro-slavery California legislators, and the legislature refused to re-elect Fremont to the senate.

Nonetheless, Fremont’s national popularity remained high, and the Republican party nominated him for President in 1856. Fremont opposed slavery’s expansion, and he lost to pro-slavery Democrat James Buchanan, 174 electoral votes to 114.

During the Civil War, Fremont returned to active duty as a Union Army general, but was controversial. For example, he emancipated slaves in Missouri in August 1861 without any authority from – or even advance notice to – President Abraham Lincoln. Eventually, Fremont resigned from the Army.

How should we remember Fremont? As a skilled topographer who was key in opening the American west? As a field officer who ordered genocide of Native Americans? Or as a slavery opponent who risked – and lost – his political and military careers on behalf of enslaved people?