SEC and DOJ file first ever crypto insider trading cases: A sign of greater regulatory enforcement to come in this Crypto winter?

With the stablecoin meltdown of early May, and the recent collapses of cryptocurrency hedge funds like Three Arrows Capital, there has been increased public and media scrutiny of crypto regulation and a call for protection for investors. 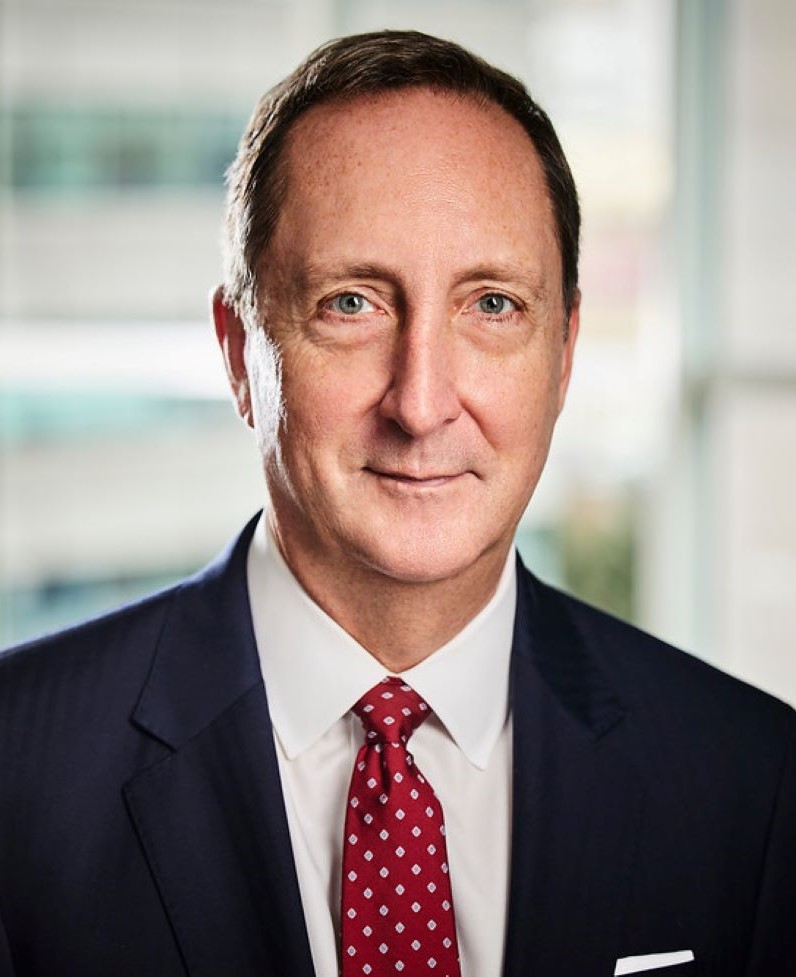 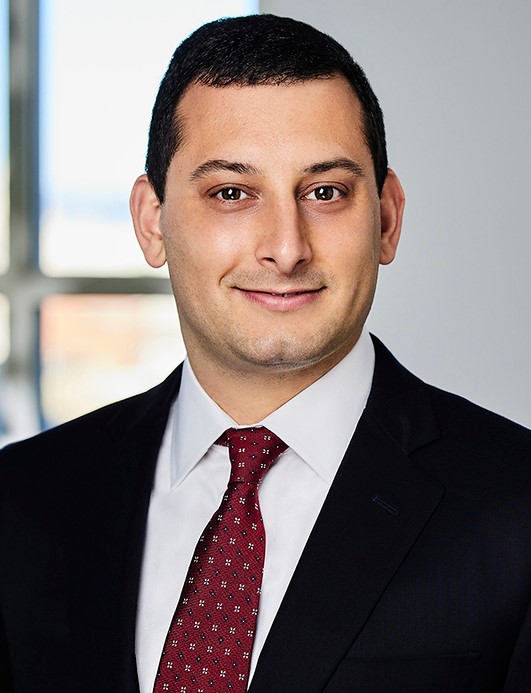 On July 21, the SEC filed its first ever cryptocurrency insider trading case against a former Coinbase product manager, his brother, and a friend, in Securities and Exchange Commission v. Ishan Wahi et al., Western District of Washington Case No. 2:22-cv-01009. On the same day, the DOJ unsealed its indictment for the same alleged actions in United States v. Ishan Wahi et al., Southern District of New York Case No. 1:22-CR-00392.

The novel cases involve alleged insider trading in crypto asset securities that Coinbase Global, Inc. ("Coinbase") announced would be listed on its crypto asset trading platform. Allegedly, from June 2021 through April 2022, Ishan Wahi, a manager in Coinbase's Assets and Investing Products Group, repeatedly tipped material, nonpublic information about the timing and content of Coinbase's listing announcements to his co-perpetrators. Listing announcements are made by Coinbase in advance of crypto assets being listed on its trading platform. Wahi's brother and friend allegedly both used this inside information to trade ahead of numerous listing announcements, earning over $1 million in profits.

Coinbase is one of the largest crypto asset trading platforms in the U.S., with nearly 100 million registered users; it typically publicly announces on its blog or Twitter feed when it will begin listing crypto assets on its trading platform. The prices of tokens or crypto assets identified in the listing announcements typically appreciate rapidly. The trading volume also multiplies, sometimes exponentially.

In its Complaint, the SEC spends considerable time arguing that the AMP, RLY, DDX, XYO, RGT, LCX, POWR, DFX, and KROM tokens listed on Coinbase's platform are all securities. The SEC defined a "crypto asset security" as an asset that is issued and/or transferred using distributed ledger or blockchain technology - including, but not limited to, so-called "digital assets," "virtual currencies," "coins," and "tokens" - and that meets the definition of "security" under the federal securities laws.

The SEC argues that the defendants allegedly traded in securities subject to the federal securities laws because these crypto assets were investment contracts; they were offered and sold to investors who made an investment of money in a common enterprise, with a reasonable expectation of profits to be derived from the efforts of others.

By defining these nine tokens as securities, the SEC gave itself jurisdiction over the alleged insider trading scheme at issue; it also sent an indirect message to Coinbase and other crypto asset trading platforms that their offerings are under scrutiny.

Securities fraud in an insider trading scheme is significantly more complicated to prove. In order for a defendant to be found guilty, the government must prove each of the following elements: (1) the defendant willfully used a device or scheme to defraud someone; (2) the defendant's acts were undertaken in connection with the purchase and sale of a security; (3) the defendant directly or indirectly used the wires in connection with these acts; and (4) the defendant acted knowingly. For insider trading schemes, Rule 10b-5(b) prohibits individuals owing a fiduciary duty to a source from using material, undisclosed insider information from that source for their personal benefit. See Dirks v. S.E.C., 463 U.S. 646, 653-54 (1983). Thus, tipping inside information to others for one's own personal benefit violates Rule 10b-5. Id. at 659. In such a situation, the person receiving the undisclosed, material inside information (the "tippee") is equally liable under Rule 10b-5(b) if: (1) "the tippee knows or should know" that the person disclosing the information (the "tipper") did so for their personal benefit; and (2) the tippee trades on that information anyway. Id. at 662-63; see also Salman v. United States, 137 S. Ct. 420, 421 (2016). The definition of a benefit and whether a tipper received a benefit has been the source of numerous Supreme Court opinions over the last decade.

Coinbase and others point to the fact that the DOJ charged this as a wire fraud case rather than a securities fraud case as a rebuke of the SEC's charging decision. However, it can also be argued that the DOJ's decision to charge the individuals with wire fraud was merely a decision to use a statute that is in many ways a more straightforward and less complicated means to punish the alleged conduct.

Are these Token's Securities?

The U.S. Supreme Court's Howey decision and subsequent case law have found that an "investment contract" exists when there is the investment of money in a common enterprise with a reasonable expectation of profits to be derived from the efforts of others. SEC v. W.J. Howey Co., 328 U.S. 293 (1946). The "Howey test" applies to any contract, scheme, or transaction, regardless of whether it has any of the characteristics of typical securities.

The SEC's position in this novel insider trading action is noteworthy as it means Coinbase and other crypto asset trading platforms may be required to identify certain cryptocurrencies they offer as securities, a more traditionally regulated financial instrument. The process of listing securities requires thorough disclosure and various registration requirements; Cryptocurrencies, conversely, are relatively unregulated.

Coinbase, in a blog post by its Chief Legal Officer, Paul Grewal, explicitly disagreed with the SEC's decision to file the securities fraud charges and the substance of the charges themselves as Coinbase believes none of these assets or tokens are securities. Coinbase reiterated that it has a thorough process to analyze and review each digital asset before its listing - a process that the SEC itself has reviewed. According to Mr. Grewal - a former United States Magistrate in the Northern District of California - this process includes an analysis of whether the asset could be considered to be a security, and also considers regulatory compliance and information security aspects of the asset. Coinbase states that the majority of assets they review are not ultimately listed on Coinbase.

Will there be an Increase in Regulatory Enforcement in the Cryptocurrency Space?

With the stablecoin meltdown of early May, and the recent collapses of cryptocurrency hedge funds like Three Arrows Capital, there has been increased public and media scrutiny of crypto regulation and a call for protection for investors. (A stablecoin is a digital currency that is pegged to a "stable" reserve asset like the U.S. dollar or gold. See Coinbase Though the investigation of the Wahi case occurred prior to this "crypto winter," it raises the questions both of whether regulatory enforcement by the DOJ and SEC will increase in the near future and whether the SEC will now bring enforcement actions against crypto trading platforms for offering unregistered securities.

In remarks recently given by SEC Director of Enforcement Gurbir S. Grewal, Director Grewal stated a primary mission of his division is to increase public confidence in our markets and government as there is a perception among large segments of the population that corporate wrongdoers are not being held accountable. According to Director Grewal, while there are many reasons for these beliefs and trends, delayed accountability does not help so he has been pushing the pace of the SEC's investigations. Based on these recent remarks and the speed at which this matter and others have been investigated and charged, one can assume that the SEC and DOJ will likely bring more enforcement actions in the crypto space.

Though Coinbase itself is not a party to these actions, the SEC's decision to declare nine of its tokens to be securities sends a shot across the bow of the crypto trading platform that more federal actions may be on the horizon.

Defendants's wire fraud convictions did not involve impermissible extraterritorial application of US law because defendant used domestic wires to perpetrate his fraud.

Convictions for separate counts of wire fraud proper where more than one fax transmission were used.

Cryptocurrency is more regulated than you thought

Are cryptocurrencies the kryptonite of the SEC?