Lawyers at Hadsell Stormer Renick & Dai take range of cases but worker rights is a passion. 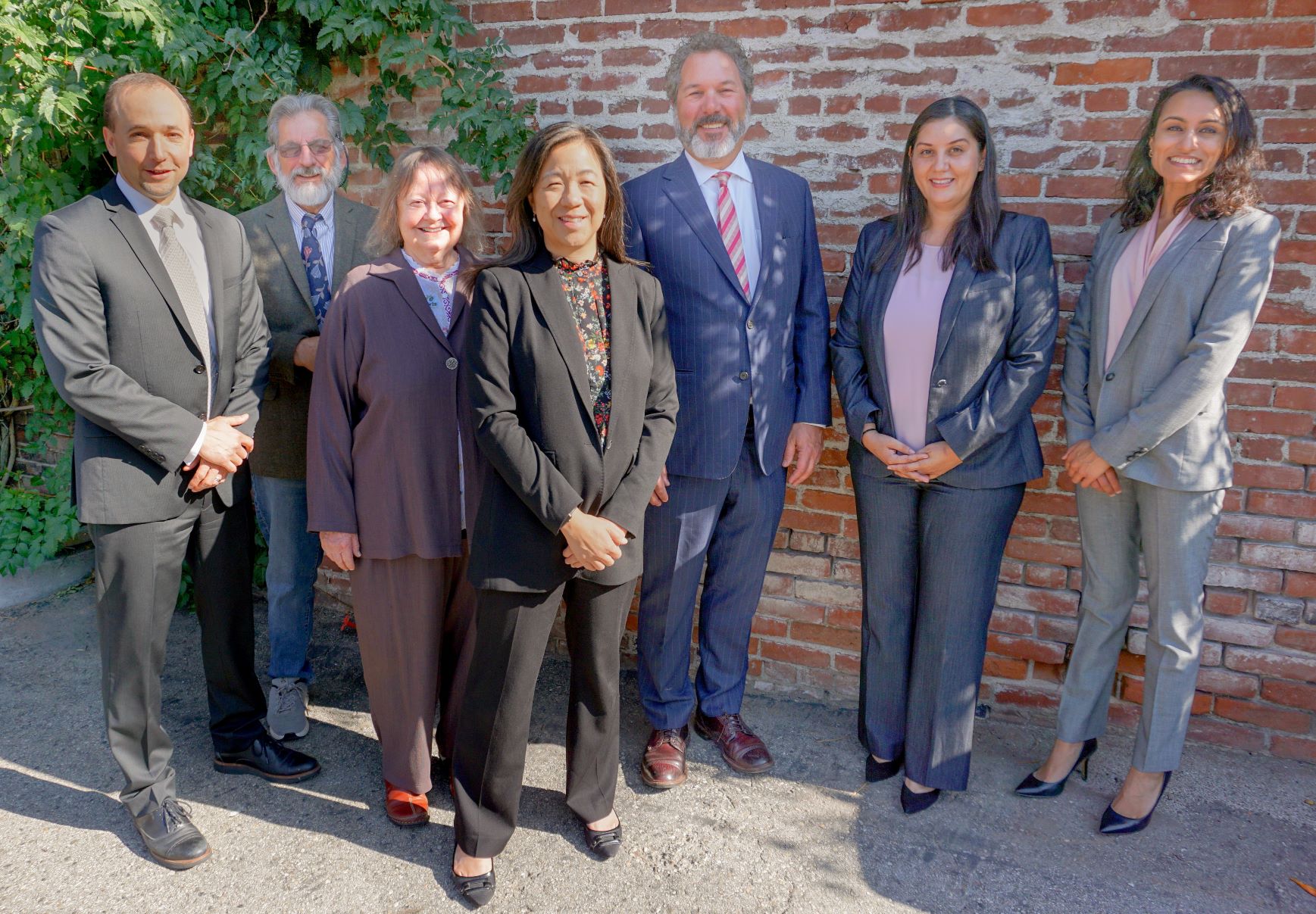 "This is the hardest question in the world to answer, trying to describe what our firm does," says Randall R. Renick, partner at the Pasadena-based firm, before passing the question to his colleagues.

"We are a civil rights firm," says Dan L. Stormer, one of the firm's partners and founders, adding, "Civil rights is a huge area. It extends from class action employment cases to police abuse cases and everything in between."

The firm's roots in civil rights law stretch back decades to the work of Ben Margolis and John McTernan, whom Stormer worked with during the firm early years.

"We inherited their mantle in many ways," said Barbara E. Hadsell, another founding partner at the firm.

Seeking to carry on the legacy of Margolis' and McTernan, Stormer and Hadsell formed their own civil rights firm in 1991. They were joined by Renick in 1995, followed by Cornelia H. Dai in 1999.

"Given the roots Barbara and Dan set the firm up with as far as the civil rights community, I think now we've had a lot of roots in the labor community," Dai said. "We're really in a place to collaborate and to provide services and litigate in areas that are very specific and targeted."

Many of those services are provided by a legal fund under which the firm covers 13,000 hotel workers in the Unite Here Local 11 union.

"They get free legal services provided by our firm: immigration, family law, bankruptcy and landlord/tenant," Renick said. "So that's a very significant part of the practice that is different, but it's consistent with all the other work that we've done, whether it's complex class action cases or civil rights cases."

"Our firm's in a unique position to approach workers holistically," said Dai. "We understand litigation is an important avenue but we also understand direct services are sometimes what is needed."

Smith has collaborated with Hadsell Stormer Renick & Dai on a number of cases, including an ongoing class action against Chevron U.S.A. Inc. by employees of the company alleging, in part, failure to pay for reporting time.

"These are purportedly on their days off, and they're not compensated for these days," he said. "In order to be ready to go to a refinery, you have to put aside all your child care responsibilities, you can't travel, and there are all kinds of limitations on what you can do so that you're ready to go to work."

Of collaborating with Hadsell Stormer Renick & Dai on this and other cases, Smith said that he "just can't say enough good things about them."

"They do great work," he continued. "They're happy to work in whatever capacity we need them to work. Whether it's a 50-50 partnership or maybe in a particular moment in time we're able to handle more of the lawsuit, that's OK with them. Maybe at a particular time we need them to take the labor more, that's OK with them. Just a terrific, terrific group."

"They're very collegial," agreed Richard G. McCracken of McCracken, Stemerman & Holsberry LLP in Oakland, which has also collaborated with Hadsell Stormer. "We've been able to divide up the work using everybody's time and strengths very, very efficiently with virtually no conflict, which is pretty unusual - to have lawyers from different firms working together so seamlessly."

"Oftentimes folks come to us with these cases because we've got expertise in this area, big complex class action cases or civil rights cases, so the door's always been open to collaborate with other folks," Renick said. "Oftentimes those folks, after doing a case with us and learning how to litigate, take our specialty and go on to do more of those cases, so it's created a cottage industry."

Collaboration has been an important feature of many of the firm's biggest cases, including a matter regarding alleged workplace racism that was brought to them by New York firm Mirer Mazzocchi & Julien PLLC.

"These New York co-counsel asked us to come on board," Hadsell said. "They're very experienced but they wanted someone who's local, us, to help them litigate it."

The case involves employees of Pacific Harbor Line Inc. who claim that the company has made a practice of racial discrimination in the workplace, at its operations in Los Angeles and throughout the nation.

"Bit by bit, the number of African Americans that had been employed and the kind of ways that are being used to get rid of them really started percolating through the entire workplace," Hadsell explained.

These hostile tactics include racial epithets, exposure to Ku Klux Klan-related imagery and discriminatory treatment of Black employees, according to the lawsuit.

The firm recently sat down for its first in-person meetup with the plaintiffs, having conducted all previous meetings remotely.

"It was wonderful being in a room with these very experienced, practiced, for the most part older, a couple younger, guys who had been in that industry - locomotive engineers - for decades, and the stories they could tell were just astonishing," Hadsell said. "You're sort of humbled and honored to be in a situation where you can kind of carry their story forward, which is what they needed and wanted."

This staunch advocacy for workers continues to be a hallmark of the firm that's clearly recognized by the attorneys that work with them.

"They're really terrific lawyers," said Oakland attorney Sarah Grossman-Swenson of McCracken, Stemerman & Holsberry. "They're committed to fighting for working people, they are tough on employers and opposing counsel but also fair and have excellent judgment."

"There are a lot of good lawyers out there, certainly," Grossman-Swenson continued. "But they really are head and shoulders above many folks that are out there doing this type of work because they are so committed to their cause and just incredibly smart and hardworking."