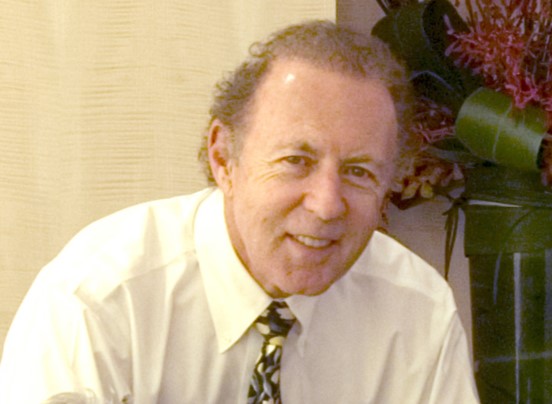 Allan Browne, a longtime litigator who founded a prominent boutique in Beverly Hills that has grown into a national law firm and helped found the Association of Business Trial Lawyers, has died. He was 84.

"Allan was regarded by countless lawyers whose careers he launched -- always his second family -- as not merely a legendary trial lawyer, but also an unmatched mentor and beloved friend," said Eric George, a partner in Browne's firm, now reconstituted as Ellis George Cipollone O'Brien Annaguey LLP.

One of the people he mentored was his daughter, Susanne Browne, now a Senior Attorney at Legal Aid Foundation of Los Angeles. "When I was a young girl he would take me to court and I would watch him litigate," she recalled. "And I learned from a very young age the power for change by being a lawyer.

"And even though we chose different paths -- my dad as a corporate lawyer and me as a public interest lawyer -- there were many lessons he instilled in me," she said. The most crucial of those lessons was "the true value of hard work ... and never giving up" and to "always follow your dreams."

Allan Browne litigated more than 100 jury trials during a roughly 50-year career, and represented a Who's Who of clients from business, entertainment and politics. He told the Daily Journal in 1999 that a love for being on stage starting with a play in the 4th grade drove his desire to become a trial lawyer.

"I decided that if I became a lawyer, I could produce. I could direct. I could star in and I could cast, and I could sort of write the whole episode and probably be more successful at it," he said.

While a freshman at UCLA, Browne did a stand-up comedy routine on Al Jarvis' "Make Believe Ballroom" amateur hour. He loved show business so much, he trained his parakeet, Dinky, to do tricks and took it on "Pet Parade." But Dinky got stage fright and spent a minute and a half on live television doing nothing, except dropping his bird signature on stage.

"It was about that time when I decided to devote my career to law," Browne said.

Browne was born in Los Angeles on May 29, 1938. He graduated first in his law school class at the University of Southern California in 1963 and took a job as an associate at Nossaman, Thompson, Waters & Moss. Two years later, he moved to Ervin, Cohen & Jessup, where he was made partner and stayed 20 years. In 1985, he opened his own boutique, then called Browne & Woods. The concept of a litigation boutique was new but Browne figured it would free him to try more cases.

Los Angeles County Superior Court Judge Robert Broadbelt joined Browne & Woods as an associate a few months after it was formed. He stayed for 20 years, making partner, before joining the bench.

Broadbelt said Browne "was the most brilliant lawyer I've ever known."

"I learned everything about trials and trial tactics from Allan," Broadbelt said. "I have never seen a lawyer connect with jurors the way Allan did."

Browne was a "consummate gentleman" who "placed a high value on civility," Broadbelt said. He also liked to make people laugh. "During trial, he was constantly making jokes, 'keeping us loose,' he used to say, to reduce stress."

"Allan believed that you performed at your best when you're having fun," he said.

Browne recalled to the Daily Journal working on a case as a young associate that challenged a voter initiative that would have banned pay-TV companies. The case went to the California Supreme Court, which ruled the ban was an unconstitutional abridgment of free speech and due process. Weaver v. Jordan, 64 Cal. App. 2d 235 (1966).

"I was smitten when I got through with that case," Browne recalled. "It was extremely exciting dealing with constitutional issues."

"The thing I love about the practice is that I'm always learning about a new business trade or other corporate endeavor that I have never learned about before," Browne said in 1999. "In the past year, I have learned about nuclear submarines, in terms of the devices that make them soundproof to enemy radar; Hispanic cheese manufacturing; and the building maintenance business."

Next to trials, Browne's love was spending time out of doors at his ranch in Los Alamos, in the Santa Ynez Valley, where he had a menagerie that at various times included horses, camels, zebras, llamas and deer.

"When I get up there for a weekend, I frolic with the animals, hike and usually fall asleep in a rocking chair by the fire reading a book," Browne said.

But the firm he founded and grew has continued to follow his example. On the website there is a statement that reads: "In 1985, Allan Browne founded our firm on bedrock principles that continue to define and inspire us: excellence in all written and verbal presentations; a dedication not merely to litigating, but to the art of trial lawyering; zealous advocacy and an indefatigable work ethic for our clients; and uncompromising integrity in our interactions with the bench and bar. As we practice law, and as we live our lives, Allan remains our guiding star."

Browne was preceded in death by his wife, Patricia. He is survived by daughter Susanne Browne and four other children.