Financial fraud is becoming a cost of doing business, with no real repercussion other than monetary loss to a defendant that can recoup their loss by continuing to engage in the unlawful business practice. 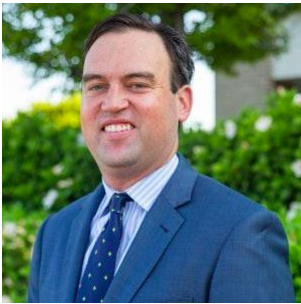 Financial fraud is a broad term that costs the United States billions of dollars annually. There are numerous state and federal agencies that regulate, prevent and punish financial fraud when necessary.

Most people are familiar with the Securities Exchange Commission (SEC). However, there are less commonly known Federal agencies such as the Commodities Future Trade Commission (CFTC). The CFTC is a federal agency formed by Congress in 1974. The CFTC was originally focused on regulating agricultural commodities. However, the CFTC gained more power after the financial meltdowns caused by the mortgage crisis, which brought the need for more oversight. These meltdowns include the collapse of the derivative market and the subsequent 2008 mortgage crisis, which devastated the United States economy.

Financial fraud can devastate families and individual lives. It is not uncommon for victims of financial fraud to commit suicide or engage in criminal behavior to rectify their loss. That is why it is imperative to stop financial fraud at its root. However, as with any governmental policy, it is easier said than done.

On Sept 19, CFTC Commissioner Christy Goldsmith-Romero released a statement regarding her agency's enforcement policies. Her concern was that agencies in charge of financial enforcement were allowing wrongdoers to settle matters without admitting fault. In essence, financial fraud is becoming a cost of doing business, with no real repercussion other than monetary loss to a defendant that can recoup their loss by continuing to engage in the unlawful business practice.

In her statement, Commissioner Goldsmith-Romero echoes that she did not enter public service simply to collect checks from wrongdoers, who are then allowed to continue harming the public. One way that Commissioner Goldsmith-Romero is pushing for enforcement against financial fraudsters is through court-imposed receiverships against defendants, which is codified at Federal Rules of Civil Procedure § 66.

Receivership is an equitable remedy dating to the 12th century. Receivership allows for a court to take over an out-of-control situation and is codified in California at California Code of Civil Procedure § 564 et seq and Federal Rule of Civil Procedure § 66. Receivership was used in Old England, for example, when a king died without an heir, and someone needed to run the kingdom temporarily while a ruler was determined. More recent receiverships include when the SEC placed Bernie Madoff's Ponzi scheme into a receivership, or when the mortgage crisis occurred, and a receiver converted Washington Mutual Bank to J.P. Morgan Chase. The CFTC has been using receiverships to immediately shut down fraudulent businesses and attempting to help victims impacted by these fraudulent businesses recover their damages.

The CFTC recently closed a receivership that restored over one billion in funds to victims of a Ponzi Scheme. The case was filed in 2009 in the Southern District of New York and alleged that over $553 million in funds were misappropriated by financial fund managers, which included funds from pensions. After a nearly thirteen-year receivership the funds were restored by the Receiver. Additionally, the two defendants that embezzled the funds are serving four years and five years respectively in Federal Prison. The receiver was able to freeze assets back in 2009 and worked diligently to recoup the assets that were misappropriated through financial fraud.

Utilizing receivership to freeze assets, shut down fraudulent businesses, and engage in asset recovery for financial fraud victims seems to be the type of action CFTC Commissioner Goldsmith-Romero supports. If Defendants are simply allowed to sign a settlement agreement, pay a fine, and continue unlawful business practices, justice is not served. In summary, allowing injustice to prevail is not something the CFTC or Commissioner Goldsmith-Romero appear to support, and receivership can be a powerful tool in the CFTC's arsenal to ensure justice is served to stop financial fraud.