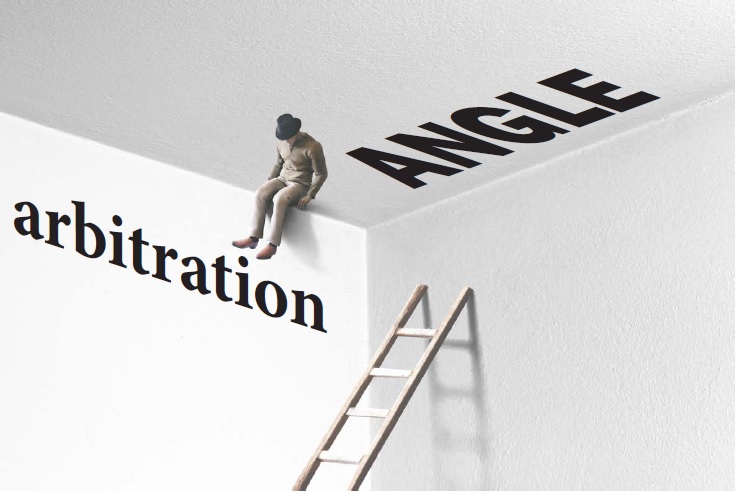 As prior Arbitration Angle columns attest, it is no secret that the Federal Arbitration Act creates a vast number of substantive and procedural rules. But what exactly does the FAA say, or more precisely, what does it mean, regarding whether federal courts have jurisdiction to enforce such rules? We're about to find out.

The U.S. Supreme Court is set to determine the limits of "federal question" jurisdiction (controversies "arising under" federal law) for post-arbitration award battles. Badgerow v. Walters, 20-1143. The certified question is: "Whether federal courts have subject-matter jurisdiction to confirm or vacate an arbitration award under Sections 9 and 10 of the FAA when the only basis for jurisdiction is that the underlying dispute involved a federal question." The court held argument in early November.

The Supreme Court previously held federal question jurisdiction exists for motions to compel arbitration when the underlying dispute arises under federal law, even though the motion itself does not implicate federal law. Vaden v. Discover Bank, 556 U.S. 49, 62-65 (2009). But do courts have subject matter jurisdiction for post-arbitration motions to confirm or vacate an award? It would seem odd if the answer is "no." Yet the court's resolution of that question requires a thorny textual analysis of the FAA, involves a number of different policy concerns, and could curtail or expand federal jurisdiction of post-award proceedings.

In Vaden, the Supreme Court considered when federal question jurisdiction exists for motions to compel arbitration brought under FAA Section 4. Under the long-standing "well-pleaded complaint rule," a court determines whether the face of plaintiff's complaint (or motion in this context) evinces a federal issue. The appellant in Vaden argued that the well-pleaded complaint rule applied and a federal court lacked jurisdiction because resolution of the motion was purely an issue of state contract law -- the arbitration agreement.

The Supreme Court disagreed and adopted the "look-through" approach, holding that a court may look beyond the motion to the underlying dispute to determine whether it arises under federal law. The court relied on FAA Section 4, which allows a party to move for an order requiring arbitration in "any United States district court which, save for such agreement, would have jurisdiction" to compel arbitration. 9. U.S.C. Section 4 (emphasis added). The "save for such agreement" language demonstrated an intent by Congress to bestow jurisdiction on courts where the underlying dispute raises federal questions, even if the motion to compel arbitration does not. The court nevertheless ruled for appellant because in applying the look-through approach, the underlying dispute did not implicate a federal question.

A Circuit Split and Certiorari

Following Vaden, a circuit split emerged regarding whether the look-through approach applied to a party's motion to confirm or vacate arbitration awards pursuant to FAA Sections 9 and 10.

On one side, the 3rd and 7th Circuits have declined to extend Vaden's look-through approach. Goldman v. Citigroup Glob. Markets Inc., 834 F.3d 242, 252 (3d Cir. 2016) (affirming district court's dismissal for lack of jurisdiction over motion to vacate arbitrator's award); Magruder v. Fid. Brokerage Services LLC, 818 F.3d 285, 288 (7th Cir. 2016) (district court lacked jurisdiction to rule on motion to confirm arbitration award). These circuits reason that Sections 9 and 10 lack the "save for such agreement" language from Section 4, distinguishing Vaden. "Thus, while [Section 4] calls for a court to consider whether it would have [federal question] jurisdiction ... [Section 10] makes no such demand." Goldman, 834 F.3d at 254. These circuits apply the well-pleaded complaint rule, and the post-award motion (not the underlying dispute) must, on its face, raise a federal question. Id. at 255-57 (applying well-pleaded complaint rule and rejecting argument that motion raised federal question because arbitrator manifestly disregarded federal securities laws).

On the other side, the 1st, 2nd, 4th and 5th Circuits extend Vaden's look-through approach to post-award motions. See Quezada v. Bechtel OG & C Construction Service, Inc., 946 F.3d 837, 842 (5th Cir. 2020) (collecting cases). These circuits recognize that despite the absence of the "save for such agreement" language, post-award motions should be subject to the same standard because "[t]he FAA was enacted as a single, comprehensive statutory scheme." Id. Moreover, "if [Section 4] of the FAA does not enlarge federal-court jurisdiction ... how can a federal court's jurisdiction ... differ between [Section 4] and all other remedies under the Act?" Doscher v. Sea Port Group Securities, LLC, 832 F.3d 372, 383 (2d Cir. 2016).

In May, the Supreme Court granted certiorari in Badgerow, a 5th Circuit case that applied the look-through approach to conclude the district court had federal question jurisdiction over a motion to vacate an arbitration award.

In Badgerow, plaintiff signed an employment agreement with a financial advising firm which required her to arbitrate disputes privately. After she was terminated, she initiated an arbitration with the Financial Industry Regulatory Authority, where a panel of arbitrators issued an award dismissing plaintiff's claims. Plaintiff brought a motion to vacate the award in Louisiana state court against certain defendants exposed to only state-law claims. After defendants removed the case to federal court, plaintiff moved to remand for lack of jurisdiction. The district court denied the motion to remand, concluding it had federal question jurisdiction over the dispute.

Badgerow exemplifies a clash between FAA textual arguments and practical concerns. On the one hand, there is plain-meaning logic to the argument that Sections 9 and 10 lack the jurisdictional "save for such agreement" term that Vaden relied on to adopt the look-through approach for motions to compel arbitration. How can a court utilize the look-through approach when the provisions governing post-award motions lack the statutory magic words? And what would it say about statutory construction if the Supreme Court merely adopts a look-through approach without a textual basis? Is Vaden still convincing?

Yet, it is counterintuitive (perhaps even illogical) to allow a federal court to rule on a motion to compel arbitration, only to refuse to consider a post-award motion in the same dispute, because now, the court lacks jurisdiction. Having a uniform approach to jurisdiction is a strong policy concern.

There is a second uniformity problem as well. Diversity cases are not affected by the Vaden conundrum; thus, refusing to extend Vaden's look-through approach would create a framework where post-award motions can be heard in federal court only where the parties are diverse. In other words, a case based on only state law but involving parties from different states could proceed to federal court, while a case based on federal law with parties from the same state would be forced into state court for any post-arbitration motions. Could that really be an outcome intended by Congress?

There are some countervailing policy concerns with extending the look-through approach. Chief Justice John Roberts raised one during oral argument -- that extending the look-through test for post-award motions would federalize a lot of FAA actions and procedures. And the Vaden court had noted that "state courts have a prominent role to play as enforcers of agreements to arbitrate," so it might be only natural if that role expands.

Though congressional ambiguity appears to be the source of confusion, the jurisdictional morass is also partially of the Supreme Court's own making. The court reiterated in Vaden that the FAA does not confer jurisdiction on courts, but it could have found a jurisdictional hook in the FAA broadly, or concluded that an FAA motion satisfies the well-pleaded complaint rule because resolution of the motion arises under the FAA, a federal statute. But the court instead has adhered to the view the FAA does not confer jurisdiction on its own.

Overall, it seems likely the Supreme Court will find a way to adopt the look-through approach for post-award motions -- if only because uniformity is needed. It may seem too drastic to curtail the power of federal courts to adjudicate post-award disputes, and the court would have to distinguish its ruling in Vaden. But because Vaden relied so heavily on FAA Section 4's language, and that language is distinct from the current FAA provisions at issue, the court may have to engage in some interpretational gymnastics to reach the desired result. 