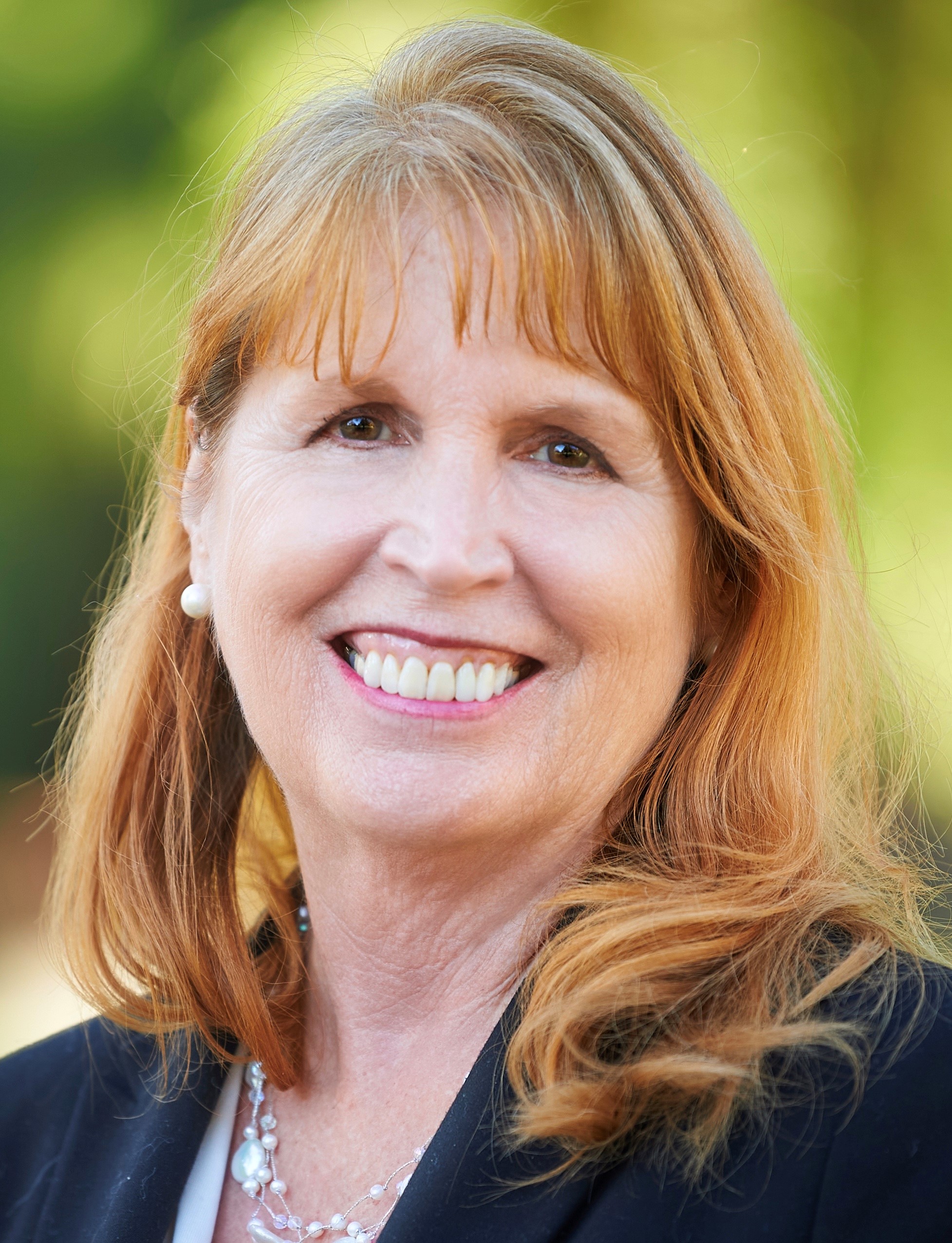 Many attorneys and litigants believe that the appellate court is another opportunity to argue their case. It is often thought that a second set of judicial eyes would see what to them are obvious errors. But burdens, inferences and presumptions in the appellate court can create a trap for the unwary lawyer considering an appeal or petition for writ review.

Imagine you're the next batter up in a baseball game. No pressure, but the score is tied, it's the bottom of the 9th inning with two outs, and the bases are loaded. Two strikes and three balls have already been called.

Every baseball player's nightmare, right? But it becomes your reality when you file your client's notice of appeal or petition for writ. In the Court of Appeal, the umpires' job is to call your next swing a strike unless you hit the ball out of the park.

The appellant must affirmatively show that the judgment or decision appealed from is an appealable order and that the appeal is within the statutory authority of the Court of Appeal. The right to appeal is purely statutory. The scope of appellate review is relatively narrow and is limited by specialized jurisdictional principles unique to appellate litigation. Conservatorship of Gregory D., 214 Cal. App. 4th 62, 69 (2013). The appellate court's jurisdiction is generally governed by Code of Civil Procedure Section 902. Appealable judgments, decisions and orders are limited by Code of Civil Procedure Section 904.1. If the appellant cannot show that the notice of appeal was timely filed, that the appellant has standing to bring the appeal, and that the order is appealable, the appeal may be dismissed.

You must also affirmatively show how your client was prejudiced by the trial court's error. The appellate court is interested only in prejudicial errors, not harmless errors. Tint v. Sanborn, 211 Cal. App. 3d 1225, 1235 (1989). California's Constitution precludes reversal of a judgment unless the court finds a miscarriage of justice. Cal. Const. Art. 6, Section 13. In other words, the appellant would have obtained a more favorable result absent the trial court's error. Conservatorship of Maria B., 218 Cal. App. 4th 514, 532 (2013).

In my early years as an appellate attorney, an appellate panel asked me to explain at oral argument how a particular individual had been prejudiced by the outcome at trial. Trial counsel had not told me, but this individual had died, arguably as a result of the events that led to the litigation. I might not have been able to point to any part of the record showing he had died, but at least I would have had a compelling answer to break my awkward silence.

The burden on appeal is a high hurdle for any appellant to clear. Because, as discussed below, the appellate court indulges in all inferences and presumptions necessary to support the trial court's judgment and will not judge the credibility of the witnesses or reweigh the evidence, a successful appeal usually comes down to whether the trial court committed an error of law, improperly excluded critical evidence that would have changed the outcome of the case, or entirely lacked evidence to support its judgment against the appellant.

The grandmother of all presumptions in the Court of Appeal is that the trial court's decision is correct. Countless appellate opinions begin by intoning some variation of the mantra: "A judgment appealed from is presumed correct and all intendments and presumptions are indulged in for its correctness." See, e.g., Jameson v. Desta, 5 Cal. 5th 594, 609 (2018). It's never good news for the appellant when the court's opinion begins this way.

To overcome the presumption that the trial court's decision is correct, the appellant must affirmatively prove error. Errors by the trial court are reviewed under three primary standards of review: error of law, abuse of discretion, and the substantial evidence test, any or all of which may apply to your appeal. Standards of review are worthy of an entire treatise, but for our purposes we will summarize them briefly here.

Where the facts are not in dispute, the appellate court will often apply de novo review. Likewise, mixed questions of fact and law may be reviewed de novo, unless the law requires a strictly factual test such as state of mind. Haworth v. Superior Court, 50 Cal. 4th 372, 385 (2010). When a case presents mixed questions of fact and law, the Court of Appeal will defer to the express or implied factual findings of the trial court and determine the applicable legal principles de novo. When applying the law to the facts, the standard of review depends upon whether factual or legal issues predominate. Where the issue is predominately one of law, the Court of Appeal will review it de novo. City of Escondido v. Pac. Harmony Grove Dev., LLC, 68 Cal. App. 5th 213, 232 (2021).

If the appeal is from an administrative decision, the interpretation of a regulation is a question of law subject to de novo review (Manderson-Saleh v. Regents of Univ. of California, 60 Cal. App. 5th 674, 697 (2021)), but in some circumstances the Court of Appeal may give deference to the agency's interpretation of its own rules. California Renters Legal Advoc. & Educ. Fund v. City of San Mateo, 68 Cal. App. 5th 820, 837 (2021).

Abuse of discretion occurs if, in light of the applicable law and considering all of the relevant circumstances, the court's decision exceeds the bounds of reason and results in a miscarriage of justice. This standard of review is deferential to the trial court, provided that the court acted in accordance with the governing rules of law. Kumar v. Ramsey, 71 Cal. App. 5th 1110, 1125 (2021).

An abuse of discretion occurs if the court applies an erroneous legal standard or if its factual findings are not supported by substantial evidence. Kumar.

Under the abuse of discretion test, the trial court's findings of fact are reviewed for substantial evidence, its conclusions of law are reviewed de novo, and its application of the law to the facts is reversible only if arbitrary and capricious. Samsky v. State Farm Mut. Auto. Ins. Co., 37 Cal. App. 5th 517, 521 (2019).

The substantial evidence test is a difficult one for an appellant to meet. Where the judgment is against the party who has the burden of proof, it is almost impossible for that party to prevail on appeal by arguing the evidence compels a judgment in that party's favor. Gamboa v. Ne. Cmty. Clinic, 72 Cal. App. 5th 158 (2021).

Substantial evidence is defined as evidence that is "of ponderable legal significance," and "reasonable in nature, credible, and of solid value," which substantially proves "the essentials which the law requires in a particular case." Conservatorship of O.B., 9 Cal. 5th 989, 1006 (2020).

How much evidence is "substantial"? In Hamlet's immortal words, "that is the question." The answer is not a good one for appellants.

In practice, "substantial" means "any." The power of the appellate court begins and ends with the determination as to whether the trial court had any substantial evidence (whether or not contradicted) to support its conclusions. Marriage of Barth, 210 Cal. App. 4th 363, 372 (2012).

The appellate court will not review factual questions, nor substitute its judgment for the judgment of the trier of fact in the trial court. Brown v. Oxtoby, 45 Cal. App. 2d 702, 705 (1941). The appellate court has no power to judge the effect or value of the evidence, to weigh the evidence, to consider the credibility of the witnesses, or to resolve conflicts in the evidence or in the reasonable inferences that may be drawn therefrom. People v. ConAgra Grocery Prod. Co., 17 Cal. App. 5th 51, 80 (2017). As discussed below, where conflicting inferences may be drawn from the evidence, the Court of Appeal will accept the inferences that support the trial court's judgment.

As a practical matter, if your appeal rests on the argument that substantial evidence did not support the trial court's judgment, be prepared to show that no evidence supported it and, therefore, the trial court abused its discretion. I have sometimes argued that the evidence was a slender reed too insubstantial to support the weight of the judgment. This is usually not a winning argument.

In my decades-long career, I have seen precisely one case in which I could confidently argue that no evidence whatsoever supported the trial court's judgment. In a case in which Plaintiff sought partition and sale of real property, the issue was whether subdividing the property would violate city codes. Instead of producing expert testimony or providing the judge with the applicable code sections so he could draw his own conclusions, Plaintiff testified that a city planner told her partition would violate city codes. The judge admitted Plaintiff's testimony solely in order to show her state of mind. The city planner then took stand and promptly contradicted Plaintiff's testimony. The appeal is still pending.

The Court of Appeal will also make certain inferences regarding the evidence to support the judgment. When the evidence on an issue is conflicting, the appellate court will accept the evidence which is most favorable to the judgment and disregard the conflicting evidence. Bancroft-Whitney Co. v. Glen, 64 Cal. 2d 327, 344 (1966). When more than one inference may fairly be drawn from evidence, the appellate court must accept the inference which will be favorable to the judgment. Aljabban v. Fontana Indoor Swap Meet, Inc., 54 Cal. App. 5th 482, 496 (2020).

In the absence of an express finding, the Court of Appeal will infer that the trial court made implied findings to support its decision, and then test the implied findings for substantial evidence. Lynn v. George, 15 Cal. App. 5th 630, 642 (2017).

If a record is silent or incomplete on an issue, the appellate court will construe it against the appellant. Fernandes v. Singh, 16 Cal. App. 5th 932, 935 n.3 (2017). I cannot count the number of cases I have reviewed for trial counsel who are convinced the trial court erred, but the issue was never raised in briefs or at oral argument. Trial counsel must object to the improper introduction of evidence or make an offer of proof in the trial court. When appropriate, point out that there is no evidence to support a particular ruling or conclusion.

This is an ironclad rule: No record, no appeal.

When representing an appellant in the Court of Appeal, not only must you show that the trial court erred and that your client was prejudiced as a result of that error, as a practical matter you must also convince the appellate justices that the trial court cannot be upheld on any lawful ground, even if the trial court didn't consider it. These burdens, inferences and presumptions render most any appeal a Sisyphean task. Keep them in mind when advising your client on the likelihood of success on appeal. 