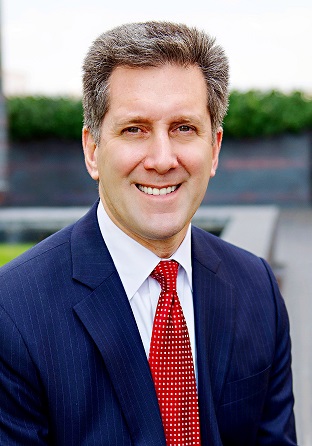 Thomas is a partner in the firm's Litigation Department. He served as regional trial counsel in the SEC's Los Angeles office. 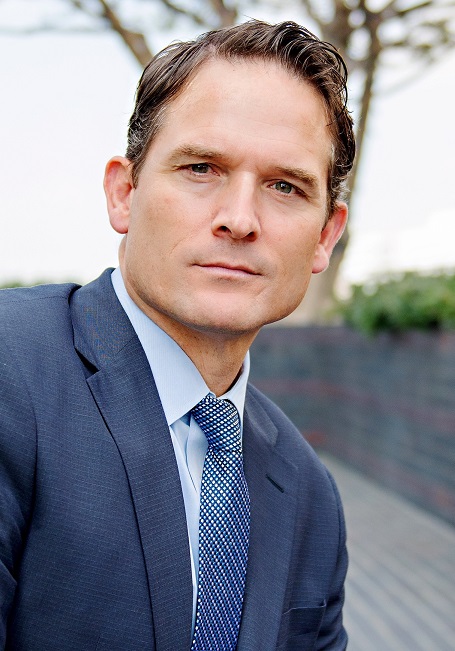 Nicolas is a partner in the firm's Litigation Department. He served as senior trial counsel in the SEC's Los Angeles office. 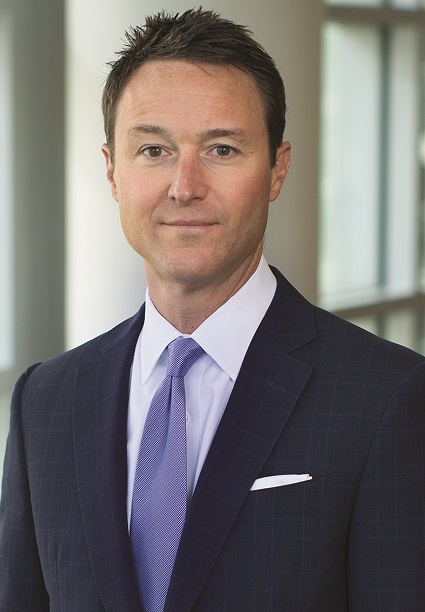 Two recent judicial decisions act as a reminder that decades of SEC practice do not guarantee the constitutionality of the U.S. Securities and Exchange Commission’s (“SEC”) administrative proceedings.

On May 18, in Jarkesy v. Securities and Exchange Commission, the Fifth Circuit issued a decision holding that the SEC’s administrative proceedings violated several of the respondents’ constitutional rights, including their right to a jury trial. The Fifth Circuit also ruled that Congress unconstitutionally delegated to the SEC the discretion to bring enforcement actions in Article III courts or in their own administrative tribunals.

In addition, because ALJs can be removed only “for cause,” the Fifth Circuit concluded that the President’s removal power had been improperly impeded. In Cochran v. Securities and Exchange Commission, the Supreme Court accepted certiorari for another Fifth Circuit decision regarding whether a respondent in SEC administrative proceedings must wait until the end of the proceedings to challenge their constitutionality, or may immediately challenge those proceedings in a federal district court.

In June 2014, after a string of high-profile jury trial losses, the SEC’s Division of Enforcement announced that it intended to file more contested enforcement actions before its own administrative law judges, before whom the SEC historically enjoyed a Harlem Globetrotters-like win-loss record. This success rate was partially due to the fact that the SEC’s internal administrative proceedings lack many of the procedural safeguards available in federal court, including the right to a jury trial and the robust discovery rights available under the Federal Rules of Civil Procedure. The SEC’s announcement suggested that the SEC’s enforcement division, rather than re-evaluating the quality of the cases it filed and brought to trial, would place its heavy thumb on the scales of justice to tilt the playing field in its favor.

The SEC’s efforts to push more cases into its administrative proceedings and out of federal courts invited more challenges – including numerous constitutional charges – from the defense bar and heightened scrutiny from the courts. The SEC suffered its first major setback in June 2018, when the Supreme Court decided Lucia v. SEC, 138 S. Ct. 2044 (2018). There, the Supreme Court ruled that the SEC administrative law judges were improperly appointed by SEC staff, rather than the President or the SEC Commissioners themselves, in violation of the Constitution’s Appointments Clause. At the time, Lucia cast a shadow over all administrative proceedings conducted by improperly appointed administrative judges and required the re-appointment of all of the SEC’s ALJs and the reassignment of all pending proceedings to properly appointed ALJs. In his opinion concurring in part and dissenting in part, Justice Breyer noted that the Court was declining to consider a separate question regarding “whether the statutory restrictions on removing the Commission’s ALJs are constitutional.”

In April 2016, the SEC brought an administrative proceeding against Michelle Cochran for alleged violations of the Exchange Act. While her action was pending, the Supreme Court issued Lucia, which caused the SEC to remand Ms. Cochran’s proceeding to a newly (and, the SEC contended, properly) appointed ALJ. Ms. Cochran then filed suit in federal district court, arguing that the administrative proceedings violated her constitutional rights because the SEC’s ALJs are improperly insulated from removal through dual layers of protection. Ms. Cochran argued that the Constitution requires that the President have the power to appoint and remove certain federal “officers,” which includes SEC ALJs. In reality, however, the removal of an ALJ must be “for cause.” Moreover, those who would remove an ALJ – the Commission itself or members of the Merit Systems Protection Board (“MSPB”) – also can be removed only “for cause.” This dual layer of “for-cause” protection impedes the President’s power to remove ALJs and violates the Constitution.

The SEC sought dismissal of Cochran’s lawsuit and argued that the district court lacked jurisdiction to hear Cochran’s claims until she finished litigating in the SEC’s administrative proceedings, including through appeals before the SEC. The district court agreed with the SEC, and the Fifth Circuit initially affirmed. However, the Fifth Circuit granted rehearing en banc and subsequently reversed in part. The Fifth Circuit found that Cochran’s dispute was wholly collateral to the SEC’s statutory review scheme, as she “challenges the existence of SEC ALJs.” Cochran v. SEC, 20 F.4th 194, 207 (5th Cir. 2021) (en banc), petition for cert. granted (U.S. May 16, 2022) (No. 21-1239). The Fifth Circuit further found that requiring Cochran to wait until the conclusion of the administrative proceedings would deprive Cochran of the opportunity for meaningful judicial review. Id. at 207-10. Accordingly, Cochran was free to challenge the SEC’s administrative scheme in federal court. The SEC filed a petition for writ of certiorari but asked the Court to hold its petition until the Court decided a similar case involving Federal Trade Commission ALJs. At Cochran’s request the Supreme Court denied the government’s hold request and granted review on May 16. If Cochran prevails and the Supreme Court rules that federal courts have jurisdiction to hear constitutional challenges to SEC administrative proceedings such as the improper insulation of SEC ALJs from removal by the President, then the SEC may once again be required to reconstitute its ALJs before any administrative proceedings can proceed.

In Jarkesy v. Securities and Exchange Commission, No. 20-61008 (5th Cir. May 18, 2022), the SEC brought an administrative action against George R. Jarkesy, Jr. and Patriot28, L.L.C. (Patriot28), the investment adviser for two hedge funds Jarkesy established, for alleged violations of the anti-fraud provisions of the Securities Act, the Securities Exchange Act, and the Advisers Act. After an administrative hearing, the ALJ concluded that the respondents had committed various forms of securities fraud and issued a civil penalty of $300,000 and ordered Patriot28 to disgorge roughly $685,000. The SEC affirmed the ALJ’s ruling, while also rejecting various constitutional arguments Jarkesy and Patriot28 raised, including finding that (i) the ALJ was not biased against Jarkesy and Patriot28; (ii) the Commission did not inappropriately prejudge the case; (iii) the Commission did not use unconstitutionally delegated legislative powers or violate equal protection rights when it pursued the case before its ALJs rather than an Article III Court; (iv) the removal restrictions on SEC ALJs did not violate separation-of-power principles; and (v) the SEC’s enforcement proceedings did not violate the right to a jury trial.

Jarkesy and Patriot28 appealed to the Fifth Circuit. On May 18, 2022 – 9 years after the SEC issued its initial administrative order in the action and 13 years after the conduct at issue – the Fifth Circuit vacated the SEC’s decision and found that the SEC’s proceedings “suffered from three independent constitutional defects.” First, the Fifth Circuit held that Jarkesy and Patriot28 had a right to a jury trial “to adjudicate the facts underlying any potential fraud liability” that was used to justify penalties and injunctive relief because those facts would potentially support not only the civil penalties but the injunctive remedies as well. The Court noted that trial by jury is a fundamental component of the legal system and is protected by the Seventh Amendment for suits at common law, from which the securities fraud claims against the respondents were derived, and attaches when the SEC brings an enforcement action under the securities fraud statutes for civil penalties. Second, the Fifth Circuit ruled that Congress unconstitutionally delegated “significant legislative power” when it gave the SEC the authority to decide whether to bring enforcement actions in Article III courts or in administrative proceedings without “an intelligible principle to guide its use of delegated power.” Third, the Fifth Circuit ruled that removal restrictions on the SEC’s ALJs violate Article II. However, the Fifth Circuit did not conclude that this final determination provided an independent basis to vacate the SEC’s decision.

SEC administrative proceedings are facing existential constitutional reality checks, certainly in the Fifth Circuit. If Jarkesy is adopted by other circuits or affirmed by the Supreme Court, the SEC would be required to bring enforcement actions mostly in federal court, where the playing field is leveled. Moreover, even if Congress acts to address the SEC’s absolute discretion to decide where to bring enforcement actions or the two layers of for-cause protection for SEC ALJs, the Fifth Circuit’s holding that defendants are entitled to a jury trial in all SEC enforcement actions under the securities fraud statutes for civil penalties, if adopted by other courts, will still have a significant impact on the future of SEC enforcement actions.