Mistrials and Good Cause to Excuse Jurors 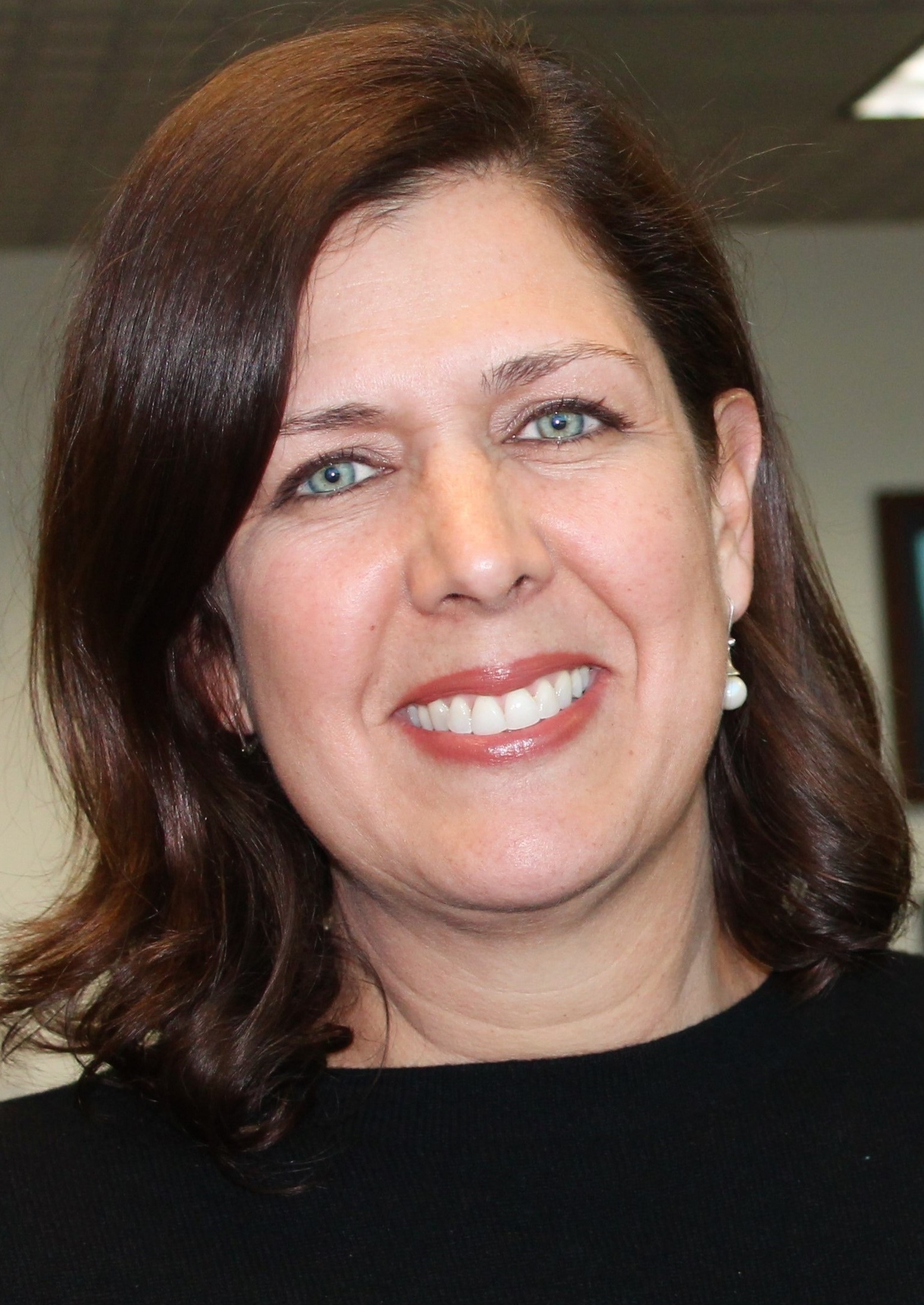 Jury trials are the cornerstone of the American legal system. The right to trial by a jury of ones’ peers is enshrined in the United States and California Constitutions (U.S. Const. amend. VII, Cal. Const., art. I, § 16), and stretches back to the common law. Extra care must be taken when trials are interrupted and mistrials must be declared. This article and accompanying self-study quiz will educate readers regarding when mistrials may be properly declared and when jurors can be excused for good cause.

Although the focus will be on criminal jury trials, many of the principles are readily applicable to civil trials. A chief difference between the two types of trials is the constitutional bar in criminal trials in the Fifth Amendment and Article I, section 15 of the California Constitution to being twice put in jeopardy for the same offense.

In a criminal trial, jeopardy attaches when the jury and alternates are sworn. (Stanley v. Superior Court, 206 Cal.App.4th 265 (2012), citing People v Hernandez, 30 Cal.4th 1 (2003).) Because of the bar to double jeopardy, discharge of a jury without a verdict prohibits a retrial unless there exists legal necessity for granting a mistrial, or the defendant consented to the mistrial. (Curry v. Superior Court, 2 Cal.3d 707 (1970).)

The California Supreme Court in Curry stated that “legal necessity” for the granting of a mistrial has been limited by court decision. To illustrate the limitation, the court offered the following examples: “In California, legal necessity for a mistrial typically arises from an inability of the jury to agree [Pen. Code, § 1140] or from physical causes beyond the control of the court [Pen. Code, § 1141], such as the death, illness, or absence of judge or juror [Pen. Code § 1147, Code Civ. Proc., § 233] or of the defendant [Pen. Code, § 1043].” (Curry v. Superior Court.)

The following are examples of what does and does not constitute “legal necessity.”

Caring for Sick Family Member. A juror told the trial court that he had to take his son to a doctor because of a medical emergency. (People v. Smith, 35 Cal.4th 334 (2005) (overruled on other grounds), citing People v. Bell, 61 Cal.App.4th 282 (1998).) Despite the juror’s agreement that he would return at 1:30 that day, and would call to update the court before then, the trial court replaced the juror with an alternate juror. The Court of Appeal upheld the trial court’s decision stating, “[t]he [trial] court conducted an adequate inquiry into good cause, and caring for a sick or injured family member surely constitutes good cause.” (People v. Bell.)

Ineffective Assistance of Counsel is not Legal Necessity. The trial court committed error by failing to obtain all the information necessary to make an informed decision as to whether a breakdown in the relationship between defense counsel and defendant had arisen sufficient to constitute legal necessity for mistrial. The trial court should have allowed the case to proceed to judgment. Its decision to declare a mistrial stripped defendant of his right to maintain primary control over his trial and might have compromised his effort to prove his innocence. (Carrillo v. Superior Court, 145 Cal.App.4th 1511 (2006).)

Taking Spouse/Partner to the Doctor. A juror advised the court on a Friday that he had to take his wife to the doctor on Monday. When the juror called the court on Monday, he said he had to be with his wife all day and the court discharged him. The Court of Appeal upheld the trial court’s ruling. The rule here is: “The [trial court’s] discretion is not rendered abusive merely because other alternative courses of action may have been available to the trial judge. In People v. Hernandez, 263 Cal.App.2d 242 (1968), in meeting a similar challenge, the court observed: ‘It is customary to observe the requirements of family duty on the part of officers of a court; …’ We see no abuse of discretion in the court’s determination that the juror’s family requirements constituted good cause for his discharge.” (People v. Hall, 95 Cal.App.3d 299 (1979).)

No Remaining Alternates. If an empaneled juror must be removed and no remaining alternates remain, a mistrial will not be legally necessary unless the defendant first rejects proceeding with fewer than 12 jurors. (Larios v. Superior Court, 24 Cal.3d 324 (1979); People v. Loving, 67 Cal.App.3d Supp. 12 (1977).) Because the People have the right to jury trial (see People v. Luna, 140 Cal.App.3d 788 (1983)), presumably, if the defendant elects to go forward with fewer than 12 jurors the People must also agree. The right to a 12-person jury is fundamental, but may be waived. (People v. Collins, 26 Cal.4th 297 (2001).) A waiver of the right to a jury trial requires an express waiver by the defendant in open court. (People v. Ernst, 8 Cal.4th 441 (1994) [waiver by a defendant’s attorney alone is insufficient].) This follows from the language in Article I, section 16 of the California Constitution, providing that the right to a jury “may be waived in a criminal cause by the consent of both parties expressed in open court by the defendant and the defendant’s counsel.” (Italics added; see People v. Ernst.)

Consent can be express or implied. California law is clear that a defendant can impliedly consent to the declaration of a mistrial. (People v. Boyd, 22 Cal.App.3d 714 (1972).) Under Boyd, if a defendant affirmatively moves for a mistrial, or joins in such a motion, the defendant will be held to have consented. Similarly, if the defendant requests a lengthy mid-trial continuance, and agrees that the case should be assigned back to the criminal department for reassignment, consent can be inferred. (People v. Ramirez, 27 Cal.App.3d 660 (1972).) A defendant’s counsel can waive the right to proceed with a trial, and may do so even over a defendant’s objection. (People v. Brandon, 40 Cal.App.4th 1172 (1995).)

In contrast, the circumstance that it is defense counsel who initiates the court’s inquiry into a matter which ultimately results in an order declaring a mistrial does not ipso facto transform counsel’s expression of concern into an implied consent to such a drastic ruling. (People v. Compton, 6 Cal.3d 55 (1971); People v. Boyd.) Furthermore, the defendant is under no duty to object to claim the protection of the constitutional guarantee, and his mere silence in the face of an ensuing discharge cannot be deemed a waiver. (Curry v. Superior Court.)

Because double jeopardy protects a defendant against governmental actions intended to provoke mistrial requests, and thereby to subject defendants to the substantial burdens imposed by multiple prosecutions, retrials are barred where “bad-faith conduct by judge or prosecutor,” threatens the “[harassment] of an accused by successive prosecutions or declaration of a mistrial so as to afford the prosecution a more favorable opportunity to convict” the defendant. (United States v. Dinitz, 424 U.S. 600 (1976).) In addition, double jeopardy bars retrials if the prosecution intended to cause a mistrial. (People v. Batts, 30 Cal.4th 660 (2003).)

Replacing Jurors Due to Illness

Courts have statutory authority to replace sick jurors. When jurors are properly excused, the right to trial by jury is not violated. (See People v. Burgener, 41 Cal.3d 505 (1986).)

Code of Civil Procedure section 233 provides that, if, before the jury has returned its verdict to the court, a juror becomes sick or, upon other good cause shown to the court, is found to be unable to perform his or her duty, the court may order the juror to be discharged.

Penal Code section 1089 provides that, if at any time, whether before or after the final submission of the case to the jury, a juror dies or becomes ill, or upon other good cause shown to the court is found to be unable to perform his or her duty, or if a juror requests a discharge and good cause appears therefore, the court may order the juror to be discharged and draw the name of an alternate, who shall then take a place in the jury box, and be subject to the same rules and regulations as though the alternate juror had been selected as one of the original jurors.

These statutes thus authorize a trial court to discharge a juror for illness. “[Penal Code section] 1089 and [Code of Civil Procedure section 233] authorize a trial court to dismiss a juror before the jury returns its verdict if the juror becomes ill or upon a showing of good cause is found unable to perform his or her duty.” (People v. Thomas, 218 Cal.App.3d 1477 (1990), citing People v. Burgener.) Failure to conduct a hearing sufficient to determine whether good cause to discharge the juror exists is an abuse of discretion subject to appellate review. (People v. Burgener; People v. Huff, 255 Cal.App.2d 443 (1967).)

The discharge and substitution of jurors rests within the sound discretion of the trial court. The decisions are reviewed on appeal for an abuse of discretion. There is no functional difference between 233 and 1089. (People v. Smith.) In determining whether a juror, by reason of illness, is unable to further discharge his duties, it is not necessary to take testimony; the juror’s appearance before the court, without the aid of such testimony, may itself be sufficient proof thereof. (People v. Tinnin, 136 Cal. App. 301 (1931).) Likewise, the sick juror need not come to the courtroom in order for the court to properly find it necessary to replace the juror. (See People v. Dell, 232 Cal.App.3d 248 (1991) [“When the juror is not present in the courtroom it would appear unreasonable to require the sick or hospitalized juror to come into the courtroom in order to hold a hearing to substantiate the factual basis for the juror’s claim of illness”].)

The Next Generation of Jurors