Will the court upend the dual sovereign doctrine? 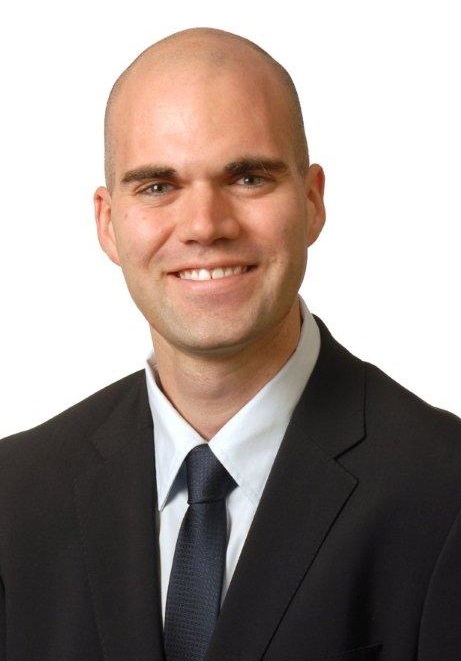 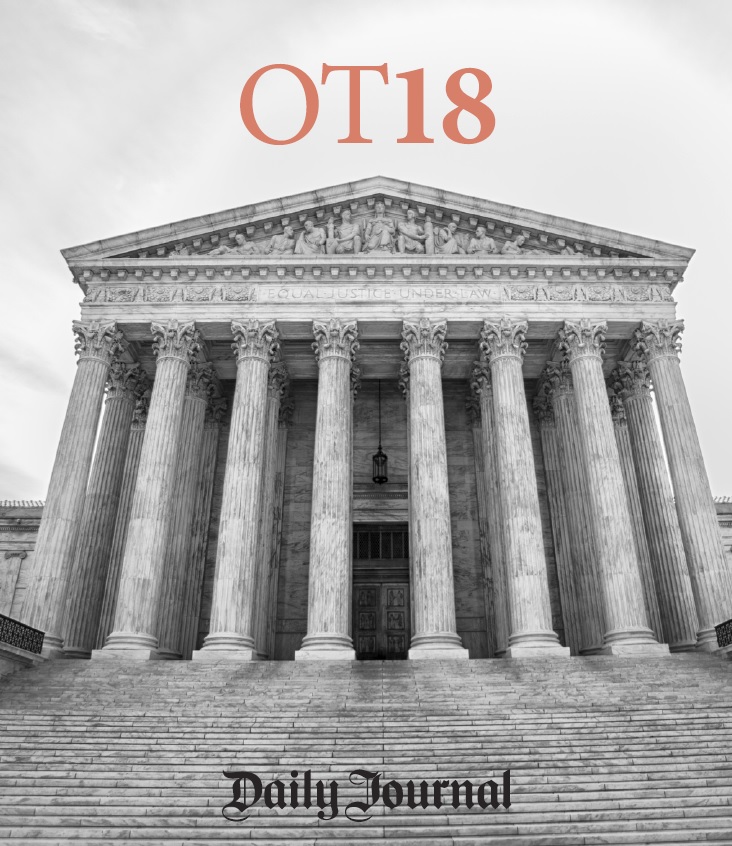 The Constitution's double jeopardy clause prohibits prosecuting a defendant twice for the "same offence." But this guarantee has long come with a catch. When both federal and state law criminalize the same conduct, the defendant can be independently prosecuted under each. The U.S. Supreme Court has long sanctioned this practice with the "dual sovereign" doctrine. That may soon change, however, in Gamble v. United States, a case that will be argued within the next few months.

Before getting to Gamble and considering whether the Supreme Court should keep the dual sovereign doctrine, we should examine how the doctrine started. The early cases dealt not with double jeopardy but with whether the federal and state governments even had the power to prosecute the same conduct. The cases held that they did: Houston v. Moore, 18 U.S. 1 (1820), allowed both the federal and state governments to punish delinquency from the militia, and Fox v. Ohio, 46 U.S. 410 (1849), rejected a challenge to a state law that prohibited counterfeiting federal coins.

Houston and Fox recognized that allowing both the federal and state governments to prosecute the same conduct might lead to multiple prosecutions, but they did not squarely resolve whether this was constitutional. Houston could be read to suggest that multiple prosecutions would violate the constitution; it observed that "[i]f the jurisdiction of the two Courts be concurrent, the sentence of either Court, either of conviction or acquittal, might be pleaded in bar of the prosecution before the other." But that language is more ambiguous than it initially appears. Houston dealt with an odd situation where a state court martial was enforcing a federal law, so the language might mean only that a person can't be prosecuted twice for violating the exact same law. Houston also didn't mention the double jeopardy clause -- it seemed to suggest the "bar" was more akin to the civil doctrine of res judicata.

Whatever you might make of Houston, subsequent cases determined there was no constitutional problem with separately prosecuting a defendant for the same act under different federal and state laws. The trend began in Moore v. Illinois, 359 U.S. 197 (1852), which rejected the argument that the defendant was subject to "double punishment for a single offence" where both federal and state law prohibited harboring a fugitive slave. "An offence, in its legal signification, means the transgression of a law." Id. at 19. Although the "same act may be an offence or transgression" of both federal and state law, that did not mean that the offender would be "twice punished for the same offence." Id. at 20. Rather, the offender had "by one act" committed "two offences, for each of which he is justly punishable." Id. Likewise, United States v. Lanza, 260 U.S. 377 (1922), reiterated that "an act denounced as a crime by both national and state sovereignties is an offense against the peace and dignity of both and may be punished by each." Id. at 382.

The Warren court also gave a practical reason for keeping the rule: Both federal and state authorities should have the independent ability to enforce their own laws -- one sovereign's decision to prosecute should not thwart the other's ability to do so. Abbate remarked that "federal law enforcement must suffer" if it could not proceed after a prior state prosecution, because it was "highly impractical" to expect the federal government to "keep informed" of every state prosecution that might impact a federal case. And Barktus feared that allowing a prior federal prosecution to bar a state's right to prosecute "would be a shocking and untoward deprivation of the historic right and obligation of the States to maintain peace and order within their confines," because "prosecution of minor federal offenses" might eliminate the state's authority to punish a serious state crime.

The ensuing decades brought further reaffirmation and extension of the "dual sovereign" doctrine. The Supreme Court applied it to permit separate prosecutions for the same act by the federal government and an Indian tribe, United States v. Wheeler, 435 U.S. 313 (1978), and to permit separate prosecutions by two different states. Heath v. Alabama, 474 U.S. 82 (1985). The court also reiterated the same concern with hindering law enforcement: "if the Double Jeopardy Clause were applied when the sovereign with the greater interest is not the first to proceed, the administration of criminal justice may suffer." Rinaldi v. United States, 434 U.S. 22, 28 (1977).

Why might the Supreme Court now overrule all these cases in Gamble and jettison the dual sovereign doctrine? Three possible reasons, some more persuasive than others. One is historical: The Constitution's Framers may have intended the double jeopardy clause to adopt the English rule against successive prosecution by multiple sovereigns. That rule, exemplified by King v. Roche, 168 Eng. Rep. 169 (K.B. 1775), prohibited prosecution in England after a defendant had been previously prosecuted for the same act by a foreign country. The English rule was enshrined in the Blackstone Commentaries, a treatise the Supreme Court has used to illustrate the Framers' views. Some early state court decisions assumed the English rule applies equally in America.

The historical argument, however, has serious limitations. Bartkus already rejected a version of it, despite having considered similar English sources. Bartkus also analyzed the early state decisions, concluded that some did not prohibit successive prosecutions, and explained that others which did prohibit successive prosecution had done so by misreading Houston. So the history is ambiguous. And, if at least some early judges thought the Framers were fine with successive prosecutions, can we, nearly two centuries later, credibly claim a clearer view of the framers' intentions? Even if Bartkus didn't get the history quite right, stare decisis counsels against reopening such a murky issue.

The historical argument has another problem: It's not clear the English rule translates into the American system. Our federal and state governments have a unique relationship. The relationship is in some ways similar to relations between different nations -- both are (ideally) shaped by mutual respect. So, if the English respected foreign governments enough to treat their prior prosecutions as a bar, shouldn't the federal government respect the states enough to treat their prior prosecutions as a bar (and vice-versa)? Maybe. But other doctrines point in the opposite direction. The supremacy clause gives the federal government power over the states in certain areas, power unlike anything one country can exercise over another. Meanwhile, states have the general police power, which they should be free from federal control. Again, stare decisis counsels against using a questionable English analogy to upend over 150 years of precedent.

Another change, however, presents a compelling reason to reconsider the doctrine. Federal law enforcement has expanded dramatically since the 1950s, well beyond what the Framers (and former justices) envisioned. Prior cases assumed that the dual sovereign doctrine didn't threaten liberty because successive state and federal prosecutions would be rare and usually justified by some compelling circumstance. Gamble's facts call that assumption into question: It involves a federal prosecution for being a felon in possession of a gun, yet Gamble was already convicted of violating an Alabama law that criminalizes, well, being a felon in possession of a gun. The laws are nearly identical. Why do we need two prosecutions here? For that matter, why do we need two different sovereigns to each criminalize this conduct?

We don't, and the fact we have allowed multiple prosecutions is an odd way to apply federalism. We usually think of federalism as a restraint on government power, a protection of freedom. But the dual sovereign doctrine transforms federalism from shield to sword. As Justice Hugo Black explained in his Bartkus dissent, the doctrine allows federal and state prosecutors "to do together what, generally, neither can do separately." That seems suspect.

The better approach would be to allow only one prosecution, conducted by the sovereign with the greater interest. If Congress thinks there is an overriding federal interest in prosecuting certain conduct, it can preempt any overlapping state statutes to ensure a federal prosecution. And if Congress doesn't think there is an overriding federal interest, it can eliminate the federal crime and let the states handle things. That's probably what should have happened in Gamble -- the conviction is for a non-violent crime, and the defendant served a year in state prison. Federal authorities might have preferred a longer sentence, but that preference doesn't justify a second prosecution. It's unlikely that Congress will actually untangle the web of overlapping federal and state laws. But the Supreme Court could fix things by using the double jeopardy clause to prohibit multiple, overlapping prosecutions.

There are, to be sure, protections that minimize successive prosecutions, but their effectiveness is debatable. One is the Justice Department's Petite policy, a discretionary guideline that prohibits a successive federal prosecution, unless there is a "substantial" federal interest that was "demonstrably unvindicated" by the prior state prosecution. That sounds good in theory. But what special interest required federal prosecutors to target Gamble? His federal sentence added almost three more years of prison, plus three years of supervised release to his punishment. But did federal authorities have a reason to pursue his case other than dissatisfaction with his state sentence? And, if not, isn't the Petite policy rather hollow?

Another potential protection is that many states have laws that prohibit a successive state prosecution after a defendant has been already been prosecuted in federal court for the same offense. Bartkus collects 15 examples, and more states have enacted laws since then. But not every state does. And, of course, the state statutes don't restrain federal power. So defendants who are first prosecuted even in states with those statutes could still be subject to successive federal prosecution.

It is hard to predict what the Supreme Court will do, but the dual sovereign doctrine's days are likely numbered. Two ideologically diverse justices -- Ruth Bader Ginsburg and Clarence Thomas -- previously expressed skepticism about its continued existence. See Puerto Rico v. Sanchez Valle, 136 S. Ct. 1863 (2016). And different arguments against it could appeal to different parts of the ideological spectrum: The "conservative" justices may want to revise the historical analysis, while the "liberal" justices may want to revamp the policy balance. It also seems doubtful that the Supreme Court would take the case simply to reaffirm a doctrine that is over 150 years old. If the doctrine is to survive, stare decisis seems critical to its continued existence.