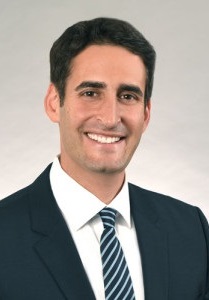 Zev represents Chapter 11 debtors, Chapters 7 and 11 trustees, municipalities, creditors' committees and individual creditors, shareholders, and acquirers of assets. He has a broad range of experience in bankruptcy.

With unemployment and economic distress reaching levels unseen since the Great Depression, businesses and their employees may be seriously considering all of their financial options -- including filing for bankruptcy protection. A business considering bankruptcy may have questions relating to employment claims. For example, can employment claims be eliminated or otherwise adjusted in bankruptcy? Can employment lawsuits continue even after the bankruptcy case is filed? How are employment class actions resolved in bankruptcy? For employee plaintiffs who are creditors, how will the bankruptcy filing of the employer defendant impact the employee's claim? Do employees get priority treatment above other types of creditors? Finally, what happens if an employee plaintiff files a personal bankruptcy case -- can he or she still pursue the lawsuit while in bankruptcy?

Bankruptcy cases involve the interplay of the federal Bankruptcy Code (Title 11 of the United States Code) with nonbankruptcy (typically state) law. This is true with respect to claims that are made against a bankruptcy estate as well as claims that the debtor may assert against others.

Although federal law provides the general framework of the bankruptcy process, we look to state law (or other applicable nonbankruptcy law) to establish the existence of the underlying claim against, or the property interest of, the debtor. Thus, for example, a party asserting a claim against a debtor for the violation of state or federal employment laws must be able to establish the substantive validity of that claim in the debtor's bankruptcy case for that creditor to be entitled to a distribution from the debtor's estate. A debtor's rights in property are established by reference to the applicable nonbankruptcy law. For example, the substantive merits of a California debtor's employment claim against a third party will be established by reference to nonbankruptcy employment law. Whether the claim is property of the bankruptcy estate will be a question of federal law under 11 U.S.C. Section 541. Whether any portion of that claim is exempt is a matter of California judgment exemption laws.

One of the reasons why individuals file for bankruptcy is to obtain a "fresh start," free from their past debts. The cancellation of debt in bankruptcy is called the "discharge." For individuals eligible to file under Chapter 7 of the Bankruptcy Code, the discharge occurs automatically once they have complied with the filing and disclosure requirements and appeared for their meeting of creditors under 11 U.S.C. Section 341. Individuals in Chapter 11 or Chapter 13 typically obtain a discharge when they complete their obligations under a plan of reorganization.

There are certain exceptions to an individual's discharge. Discharge exceptions likely to come up in the context of employment claims arise under 11 U.S.C. Section 523(a)(2), (4) and (6). Those provisions require a creditor to file a lawsuit to obtain a finding of nondischargeability regarding debts incurred through categories of misconduct which include, among others: false pretenses, a false representation, or actual fraud; fraud or defalcation while acting in a fiduciary capacity, embezzlement, or larceny; and willful and malicious injury by the debtor to another entity or to the property of another entity. If claims against an individual employer do not fall into these categories, or another applicable exception to discharge, the claims will be discharged and cannot be pursued against the employer after the bankruptcy filing.

For business (non-individual) debtors, the primary options are Chapter 7 liquidation and Chapter 11 reorganization. There is no discharge for a business in Chapter 7. Thus, the claim survives after the bankruptcy filing. However, because any assets of the debtor must be liquidated by the trustee in bankruptcy and proceeds paid to creditors, there is likely no reason to continue to pursue a (defunct) Chapter 7 debtor once the bankruptcy is concluded.

In Chapter 11, a business typically tries to pay its debts over time through a reorganization plan. Claims are paid pursuant to a waterfall of priorities. Each higher level of priority must be paid in full before a lower priority claim receives payment. As explained below, employee claims receive priority to a rather limited extent. Most significant employee claims fall into the category of general unsecured claims, which get paid after secured claims, administrative claims of the bankruptcy professionals, and high priority claims such as taxes. To the extent a confirmed plan does not provide for payment of the employees' claims, that debt is discharged.

One of the few sections of the Bankruptcy Code which addresses employment claims directly is 11 U.S.C. Sections 507(a)(4)(A). This Bankruptcy Code section gives heightened priority to a claim of an employee for wages, salaries, or commission, including vacation, severance, and sick leave of up to $13,650 earned within 180 days before the filing of the bankruptcy petition or the cessation of business, whichever was first.

This type of priority claim was at issue in the Supreme Court's decision in Czyzewski v. Jevic Holding Corp., 137 S. Ct. 973, 980 (2017). In Jevic, the company fired its employees and shortly thereafter filed a chapter 11 bankruptcy petition. The employees claimed that their termination violated state and federal Worker Adjustment and Retraining Notification (WARN) Acts, which require at least 60 days' notice prior to a mass layoff. The employees filed an adversary proceeding -- meaning a lawsuit in the bankruptcy case -- alleging the WARN Act violations. The plaintiffs' class was certified and they obtained summary judgment. Ultimately, $8.3 million of the employees' WARN Act judgment was determined to be a priority claim. After that judgment, there was other litigation between various parties surrounding the financial transactions leading up to the debtor's bankruptcy. The other litigating parties, namely the debtor, its parent company, the senior secured lender, and the general unsecured creditors' committee, sought to settle their disputes resulting in a "structured dismissal." The idea was to pay some money to general unsecured creditors, skipping over the higher priority WARN Act claimants (in part, so that the WARN Act claimants would not have funds to continue suing the private equity parent company), and then dismiss the bankruptcy case. The bankruptcy court, as the trial court, recognized that skipping over the WARN Act claimants was inconsistent with the priority scheme of the Bankruptcy Code. However, the bankruptcy court observed that there was no harm in this result because, absent the structured dismissal, there would be no funds to pay the WARN Act claimants anyway. The funds used to pay the lower priority claimants were only available because of the settlement. The Supreme Court disagreed. The priorities set forth in the Bankruptcy Code cannot be altered, even in a "rare case." In this ruling, the court stayed consistent with its line of bankruptcy decisions hewing closely to the text of the Bankruptcy Code.

Jevic is an important decision on priority claims in bankruptcy. Although not emphasized in the Supreme Court's decision, it also illustrates the applicability and utility of class actions in bankruptcy. Federal Rule of Bankruptcy Procedure (FRBP) 7023, makes Federal Rule of Civil Procedure 23 applicable in adversary proceedings in bankruptcy cases. That means that parties can file class action lawsuits in bankruptcy. Most courts also allow the filing of class proofs of claim. Given the inefficiency of prosecuting a claim of $13,650, class action procedures are particularly well suited to the pursuit of priority claims under Section 507(a)(4)(A) of the Bankruptcy Code. When prosecuting adversary proceedings or proofs of claim in bankruptcy cases, it is important to understand the applicable procedural rules. In litigation involving class proofs of claim, parties must comply with contested matter procedures under FRBP 9014 including the requirement that certain adversary proceeding rules, like FRBP 7023, be made applicable by court order. That means that class claimants typically file a motion seeking authority to file a class proof of claim.

Section 362 of the Bankruptcy Code provides that the filing of a bankruptcy petition automatically stays all litigation, collection, and other actions against the debtor or property of the debtor's estate. When parties seek protections from creditors in bankruptcy, they are often seeking the immediate relief offered by the automatic stay. For business debtors being sued by their former employees, the automatic stay may give them breathing room to develop a plan to reorganize their debt in Chapter 11. For an individual Chapter 7 debtor, the automatic stay may be a prelude to a complete liquidation of nonexempt assets and discharge of claims.

Property of the Estate Includes Claims Against Employers

Property of the estate includes "all legal or equitable interests of the debtor in property as of the commencement of the case." 11 U.S.C. Section 541(a). This definitionally broad concept may appear deceptively simple, and a trap for unwary individual debtors and their attorneys. When they file for bankruptcy protection people are usually trying to get rid of or resolve their debt problems. They should be aware, and hopefully their lawyers make them aware, that in order to discharge their debts they are required to disclose all of their assets, including those assets that may be contingent, disputed, or not yet liquidated. This includes employment or other litigation claims. If a debtor's claim arose at or before the time of the filing of the bankruptcy case, even if litigation of the lawsuit has not yet commenced, that claim is an estate asset. It may be that part or all of the value of the claim is exempt and not available to pay creditors. However, if and to the extent that the asset has value to the bankruptcy estate it needs to be listed in the debtor's filed schedules as an asset that may either be liquidated in Chapter 7 or part of a reorganization in Chapter 11 or 13 for the benefit of creditors. Failure to schedule the asset means that it remains property of the bankruptcy estate even once the bankruptcy case is closed.

Bankruptcy can arise in this and many other contexts in the employee-employer relationship. It is important to be able to issue spot and know when to reach out to bankruptcy counsel. 

By Stuart B. Rodgers

‘Cram-downs’ of unsecured liens in a Chapter 11 reorganization

When courts can approve structured dismissals