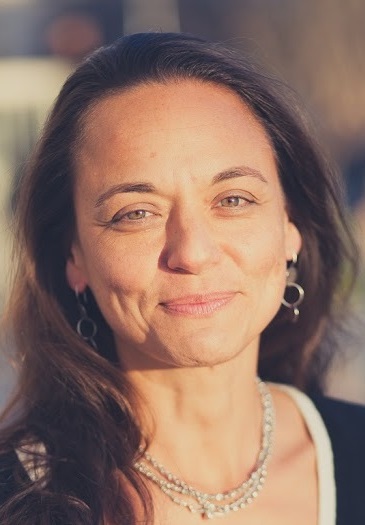 At a time when more Californians than ever have sought unemployment benefits, and the state agency charged with distributing those benefits, the Employment Development Department, has come under fire for delay and incompetence, the 1st District Court of Appeal has issued an opinion one hopes will make it easier for some workers to obtain benefits where they have been improperly denied. In Land v. CUIAB, 2020 DJDAR 9583 (filed Aug. 7, 2020, published Sept. 1, 2020), the Court of Appeal held that where an unemployment insurance claimant properly offers new evidence on appeal, the California Unemployment Insurance Appeals Board may not exclude it out of concern that the employer has been denied due process. In Land, because the CUIAB rejected "pivotal" new evidence, the board prejudicially abused its discretion.

The decision rights a growing administrative wrong: The appellate body charged with considering appeals from unemployment insurance hearings has increasingly refused to consider such new evidence, citing a generic, categorical, and spurious due process concern. Because unemployment insurance benefits are all that stand between many workers and homelessness, food insecurity, or worse, the Land decision arrives not a moment too soon.

For many workers, the path to unemployment insurance benefits is tortuous and intensely bureaucratic. After losing a job, a claimant must apply for benefits, usually through the EDD website, and explain the reason for separation. An unemployment insurance claimant is eligible for benefits so long as they are unemployed through no fault of their own. This means that the worker cannot have voluntarily quit their last job and they cannot have been terminated due to misconduct. Significant to Land, misconduct requires an element of culpable intent. Robles v. EDD, 207 Cal. App. 4th 1029, 1036 (2012). Even if sufficient to terminate an employee, negligence, errors in judgment, or breaking a reasonable employer rule does not always amount to disqualifying misconduct. Id. at 1035; Paratransit, Inc. v. Unemployment Ins. Appeals Bd., 59 Cal. 4th 551 (2014).

Because their unemployment insurance accounts may be charged, the employer receives notice of the unemployment insurance claim. Often the employer contests the separation reason, alleging that the employee quit or that they committed misconduct. In that event, an EDD representative interviews both parties by phone. The parties may also submit documentary evidence to EDD, although most do not. EDD then issues a notice of determination, awarding or denying benefits and explaining the basis. If the EDD denies a claimant benefits, the worker can request an evidentiary hearing before an administrative law judge. Cal. Unemp. Ins. Code, Sections 1328, 1334. At the hearing, the administrative law judge examines witness and receives exhibits; shortly thereafter the judge renders a written decision based on the record.

The above process is swift, streamlined and imperfect. The initial EDD phone inquiry is cursory; the claimant has only a few minutes to provide their account. An unemployment insurance hearing is informal and abbreviated: The ALJ explains the process, advises the parties of their rights, confirms the record (including accepting or rejecting evidence brought by the parties), and conducts examination. The hearing is scheduled for a maximum of one hour and most hearings last well under 45 minutes -- and are now conducted telephonically during the pandemic. Parties are rarely represented by counsel.

If the claimant loses the hearing, they may appeal the ALJ's decision to the CUIAB, the last step in the administrative process. As part of that appeal -- often called a "board appeal," a worker may offer new evidence. Cal. Unemp. Ins. Code, Section 1336. A board appellant who offers such evidence must state what the evidence is, explain why it is material, and state why the evidence was not presented at the ALJ hearing. Cal. Code Regs., tit. 22, Section 5102(d); Cal. Unemp. Ins. Code, Section 1336. Significantly, the appellant must serve the board respondent with the application to submit new or additional evidence at the same time the board appeal is served (id. Section 5102(a)) -- so respondent is on notice of the evidence. Not only may that party respond to the new or additional evidence in its brief, it may also offer the board its own evidence. Id. Section 5102(b). These requirements preserve scarce appellate resources and discourage gamesmanship.

In Land, the claimant was terminated from his job of 10 years as a field service technician for Dish Network LLC. He applied for unemployment insurance benefits and was initially denied by EDD based on a finding that he was discharged for committing misconduct.

Land appealed and, after a hearing, the ALJ upheld the denial, finding that Land had been terminated primarily due to two separate instances of violating company policy: first, failing to clock out when he left a job site during a software download, then forgetting to return to complete the job the following day; second, performing minor, follow-up work off the clock for another customer. Central to the ALJ's decision was the following chronology: Land was trained on June 14; Land was disciplined on June 23 for failing to clock out; and the off-the-clock incident occurred on June 28 -- only days after being disciplined for a similar issue. Thus, the ALJ noted, Land was "on final warning at the time of the dismissal incident." Land, 2020 DJDAR at 9590. This sequence elevated Land's conduct in the ALJ's view from mere negligence or an error in judgment to disqualifying misconduct.

On appeal to the board, Land submitted a declaration by the second customer for whom he had worked off the clock; that customer explained that that incident had occurred in late May. In other words, although Dish learned of the incident on June 28, the work had actually taken place a month before Land was disciplined for the first incident, and even before the mid-June training. In short, the declaration made clear that the ALJ's finding of misconduct was based on a critical factual error.

The board forwarded the new declaration to Dish and told the company that it could respond if the board decided to consider the new evidence. The board ultimately refused to consider the declaration and adopted the ALJ's understanding of the sequence of events, including that Land was on final warning at the time he was dismissed. It found that claimant had committed disqualifying misconduct.

Significantly, the board neither determined that the new evidence was immaterial nor rejected Land's explanation for his untimely submission. Without additional analysis, the board simply stated that considering the declaration "would be improper and would violate due process." Id. at 9589.

The Court of Appeal found that the board had prejudicially abused its discretion in failing to consider the "pivotal" declaration. Id. at 9590. Dish would have had an opportunity to respond to the declaration, and could easily have done so based on its own service records. Thus, the company would have been afforded "ample due process." Id. The court reversed the trial court's denial of Land's writ and remanded for either the board or the ALJ to accept and consider the customer declaration. Id. at 9591.

The CUIAB's Boilerplate -- and Bizarre -- Reasoning

The above holding seems self-evident, but it may come as a surprise to the CUIAB. Unemployment insurance advocates report other recent cases where the board adopted this same generic rationale: that to accept an appellant's properly submitted evidence would deny the respondent due process. The board's absurd decision in Land is thus not an anomaly. Further, this reasoning applies to literally any evidence offered under the existing regulations.

The most basic requirements of due process are notice and an opportunity to be heard. California's regulatory scheme provides board respondents just that. Indeed, the CUIAB's decision in Land turns the very notion of due process on its head. The board's refusal to consider Land's evidence denied him due process: The board deprived him of his property right to unemployment insurance benefits without following established procedures designed to protect workers from improper EDD and ALJ denials.

Now More than Ever, the CUIAB Must Get It Right

If the 1st District's guidance affects only a fraction of the cases before the CUIAB, the decision is nonetheless important. As described above, an unemployment insurance hearing is swift and imperfect; unsophisticated litigants are bound to make mistakes, including omitting critical evidence. The board appeal is the end of the administrative line. The only recourse for a claimant who loses their board appeal is to file a petition for a writ of administrative mandamus in superior court, a time-consuming process inaccessible to the vast majority of claimants. According to recent CUIAB statistics, fewer than 50 such petitions are filed each year. In contrast, 19,226 first-level appeals were filed in July 2020 alone; during that same period, 1,052 second-level appeals to the board were filed.

To be sure, not every claimant's board appeal is meritorious. And not all evidence submitted to the board should be admitted; if a party could reasonably have produced the evidence at the ALJ bearing, efficiency concerns allow it to be rejected on board appeal. But existing regulations serve this gatekeeping function already, requiring a showing that the evidence is material and that there was good cause for not producing it below; the board itself may not close the gate entirely by conjuring up a nonexistent due process concern.

Labor law and the now normal: COVID-19 and working from home