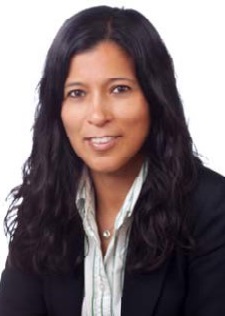 The views expressed here are solely those of the author in her private capacity and do not in any way represent the views of the Department of Justice.

In this article and accompanying self-study test, readers will learn about trial procedures in eminent domain cases. Topics discussed include pretrial in limine motions, evidentiary issues, what questions are ruled on by the judge and which are decided by the jury, and post-trial matters such as the right to abandon property and recovery of litigation expenses.

When a government entity seeks to take or damage private property for public use in eminent domain cases, a person has the right to a trial with regard to the amount of compensation which should be awarded. See Saratoga Fire Protection Dist. v. Hackett, 97 Cal. App. 4th 895 (2002), citing, Cal. Const., art. I, Section 19, and U.S. Const., 5th & 14th Amends. "The Fifth Amendment to the United States Constitution provides that 'just compensation' must be paid to a property owner whose property is taken through the government's power of eminent domain. The California Constitution provides a similar right. (Cal. Const., art. I, § 19.)" Regents of University of California v. Sheily, 122 Cal. App. 4th 824 (2004).

"The Seventh Amendment to the U.S. Constitution does not guarantee landowners a jury trial in eminent domain proceedings because no such jury right existed in England or the colonies in 1791. [Citation.] California's original 1849 Constitution did not guarantee a jury right in eminent domain proceedings for similar reasons. [Citation.] But the 1879 drafters of our Constitution amended the original document's takings clause 'in reaction to ... private railroad companies' speculative computation of benefits' in eminent domain cases. [Citation.] The revised takings clause, which now appears in article I, section 19, says in relevant part: 'Private property may be taken or damaged for a public use and only when just compensation, ascertained by a jury unless waived, has first been paid to, or into court for, the owner.' [Citation] Our Constitution thus guarantees landowners the right to have a jury determine the amount of just compensation owed for a taking." City of Perris v. Stamper, 1 Cal. 5th 576 (2016).

Proceedings with regard to determination of compensation "take precedence over all other civil actions in the matter of setting the same for hearing or trial in order that such proceedings shall be quickly heard and determined." Code Civ. Proc. Section 1260.010 (unless otherwise specified, all further statutory references are to this code).

Motions in Limine Prior to Compensation Trial

If there is a dispute over an evidentiary or other legal issue affecting the determination of compensation, either party may move, no later than 60 days before the compensation trial, the court for a ruling on the issue. Section 1260.040(a). This subdivision also provides, "The motion shall be heard by the judge assigned for trial of the case." Section 1260.040 was intended to allow the "isolation and decision of evidentiary and legal issues affecting the determination of compensation well before the eve of trial," thereby preventing these issues from improperly going to the jury and increasing the likelihood of settlement. Weiss v. People ex rel. Department of Transportation, 9 Cal. 5th 840 (2020).

These motions can be powerful tools to preclude experts from testifying. As in most other types of cases, the trial court in a condemnation action is vested with considerable discretion in admitting or rejecting evidence of value. "Where ... 'an expert in a condemnation action employs a methodology not sanctioned by California law, his opinion may be excluded.'" Inglewood Redevelopment Agency v. Aklilu, 153 Cal. App. 4th 1095 (2007).

Exclusion of experts can have case- or claim-dispositive consequences in eminent domain cases. Weiss (recognizing that section 1260.040 motions determine whether a property owner is entitled to compensation for a specific kind of damage, loss, or injury). That is also because the opinions of the experts in an eminent domain case set the upper and lower limits for the jury's verdict. Aklilu. Where one side's expert valuation testimony is precluded as the result of a motion to exclude or in limine motion, the other side may be entitled to a directed verdict. See, e.g., City of Stockton v. Albert Brocchini Farms, Inc., 92 Cal. App. 4th 193 (2001) (case-dispositive exclusion of valuation witness affirmed on appeal); City of San Diego v. Sobke, 65 Cal. App. 4th 379 (1998) (goodwill valuation expert's testimony properly stricken).

A court's determination to exclude an expert is reviewed on appeal for abuse of discretion. County Sanitation Dist. v. Watson Land Co., 17 Cal. App. 4th 1268 (1993) (court's decision to exclude appraiser's valuation opinion where based upon improper considerations was not an abuse of discretion). But, while this is a deferential standard of review, it is not toothless. See Redevelopment Agency of San Diego v. Mesdaq, 154 Cal. App. 4th 1111 (2007) (trial court abused its discretion in allowing speculative expert testimony that relied upon a goodwill valuation methodology that did not value the owner's actual business but instead valued a hypothetical business operating on the property).

Right-to-take challenges, including that the plaintiff is not authorized by statute to take the property and that the stated purpose for the taking does not amount to a public use (see Section 1250.360), are bifurcated from the compensation trial. "Where objections to the right to take are raised, unless the court orders otherwise, they shall be heard and determined prior to the determination of the issue of compensation." Section 1260.110(a); Council of San Benito County Governments v. Hollister Inn, Inc., 209 Cal. App. 4th 473 (2012) (recognizing that disposition of right to take objections is generally a prerequisite to a trial on the issue of just compensation). Upon motion of a party, and after notice and hearing, the court may specially set the objections for trial. Section 1260.110(b). "If the court determines that the plaintiff does not have the right to acquire by eminent domain any property described in the complaint," the court shall order the immediate or conditional dismissal of the proceeding as to that property. Section 1260.120(c). Under this subdivision, an order of conditional dismissal "may impose such limitations and conditions as the court determines to be just under the circumstances of the particular case including the requirement that the plaintiff pay to the defendant all or part of the reasonable litigation expenses necessarily incurred by the defendant because of the plaintiff's failure or omission which constituted the basis of the objection to the right to take."

"[B]oth the landowner and the condemning entity offer evidence as to property valuation. The jury's award for the value of the real property must be 'within the range of expert testimony if such testimony is the only substantial evidence in the case.' [Citation.]" Redevelopment Agency v. Thrifty Oil Co., 4 Cal. App. 4th 469 (1992).

The judge acts as a gatekeeper in an eminent domain trial. The general rule is that the jury determines the amount of compensation, and all other questions are decided by the court. People v. Ricciardi, 23 Cal. 2d 390 (1943); see Metropolitan Water Dist. of So. California v. Campus Crusade for Christ, Inc., 41 Cal. 4th 954 (2007) ("It is only the 'compensation,' the 'award,' which our constitution declares shall be found and fixed by a jury").

The court decides issues of law, mixed issues of fact and law, and pure issues of fact if they do not concern the amount of compensation. Ricciardi. "Thus, legal questions that affect the type of compensation to which a landowner is entitled in a condemnation action must be decided by the court." City of Perris v. Stamper.

Under Section 1268.510(a), "[a]t any time after the filing of the complaint and before the expiration of 30 days after final judgment, the plaintiff may wholly or partially abandon the proceeding by serving on the defendant and filing in court a written notice of such abandonment."

Section 1268.510(b) provides, "The court may, upon motion made within 30 days after the filing of such notice, set the abandonment aside if it determines that the position of the moving party has been substantially changed to his detriment in justifiable reliance upon the proceeding and such party cannot be restored to substantially the same position as if the proceeding had not been commenced."

"Upon denial of a motion to set aside such abandonment or, if no such motion is filed, upon the expiration of the time for filing such a motion, the court shall, on motion of any party, enter judgment wholly or partially dismissing the proceeding." Section 1268.510(c).

Section 1250.410(a), directs the parties to file a final offer or demand "[a]t least 20 days prior to the date of the trial on issues relating to compensation." After the trial, Section 1250.410(b) permits the trial court to award the defendant litigation expenses if it finds "the offer of the plaintiff was unreasonable and that the demand of the defendant was reasonable viewed in the light of the evidence admitted and the compensation awarded in the proceeding." The statute requires the trial court to find "both that the owner's demand was reasonable and that the agency's offer was unreasonable." Santa Clara Valley Water Dist. v. Gross, 200 Cal. App. 3d 1363 (1988). The reasonableness of the demand and offer "are factual issues to be evaluated by the trial court, and its determination of reasonableness or unreasonableness must be upheld on appeal if supported by substantial evidence." Community Redevelopment Agency v. Krause, 162 Cal. App. 3d 860 (1984).